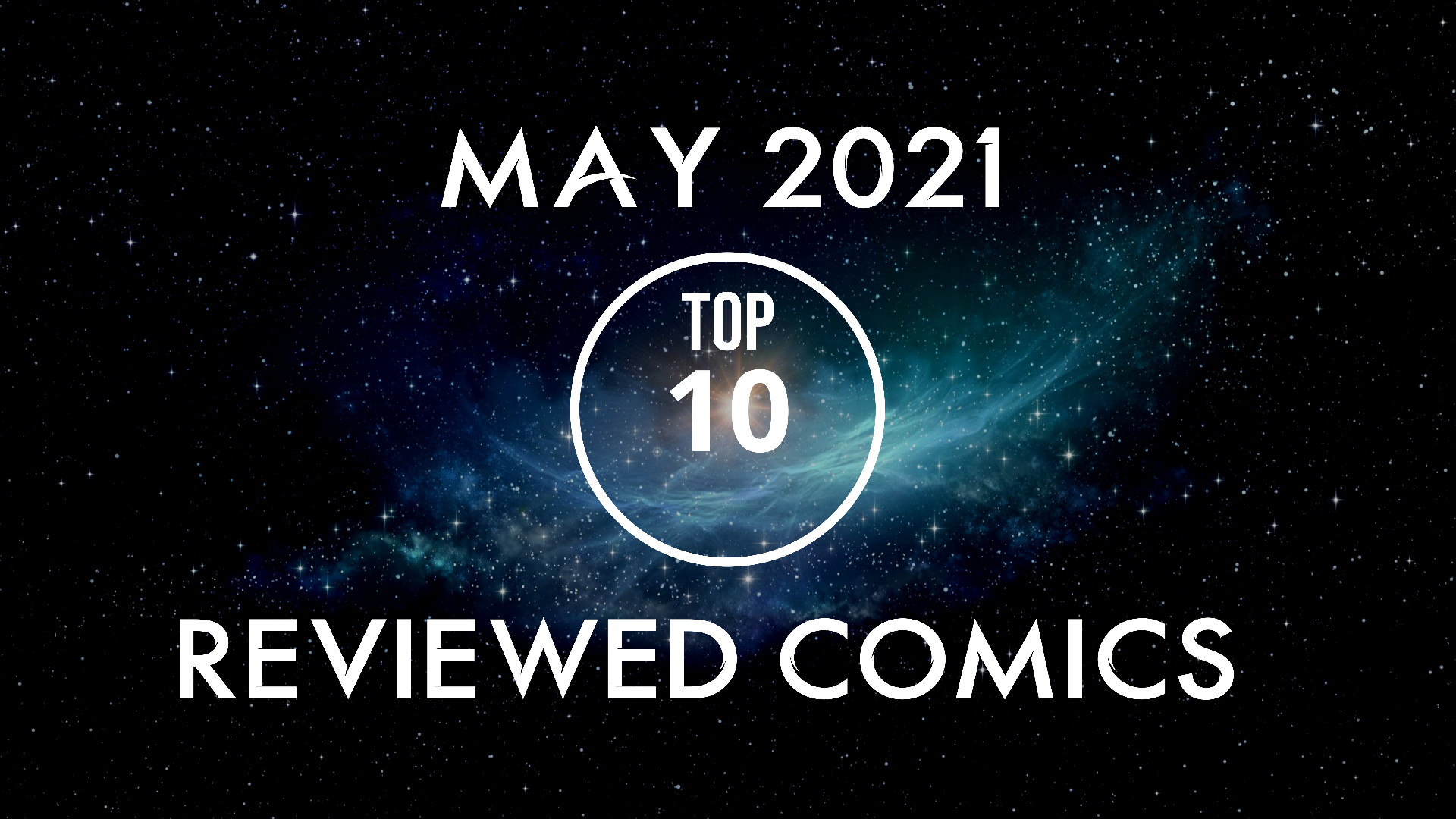 We’re starting a new monthly feature here at ICD, a monthly top 10 of the highest scoring comics for the month! These aren’t necessarily newly released comics, but rather comics our reviewers have read and reviewed the previous month. So, with that, here are the top 10 Reviewed Comics for May 2021!

The Family Time series is a humorous comic for growing comic readers. It teaches valuable life lessons for kids, friendship, that is also educational, sets healthy boundaries, and is most importantly fun. Come join the Morgan family and see what Family Time is all about.

Arks is the terrifying and amazing story of Lilith and Joseph- two planetary engineers (Arks), who are booted by bacteria onto a terraformed world orbiting a distant star. To their horror they discover that the process may have accidentally turned the entire planet into a bomb. As the last surviving humans they have a terrible decision to make. Do they try to survive in this brutal and cruel world or do they do the unthinkable and euthanize the species?

The darkly comic story of Jane Pearson, a seemingly ordinary teenage girl who becomes a brutally efficient killer for hire. With no training, no special skills, just her own cunning, brutality, and fearlessness, Jane leaves a trail of bodies behind her, ultimately going head to head with the feared and secretive criminal gang, The Nexus, in a war that could ultimately cost not only her life but the lives of everyone she loves. A real-world comic book set in modern-day Manchester.

Previously the 10th and 13th Doctors were back in 1969. They were simultaneously dealing with issues with the Weeping Angels and Autons. Having alleviated those problems they returned to modern times to find the human race has been enslaved by the sea devils because of a paradox that placed everyone on an alternative timeline.

With Alpha on the ground, rounding up all the individuals who were fighting they learn that the Angels of Anarchy are on the ground with them. They attack the PoM and Xenith who stand in their way but, there’s new faces amongst the Angels. This new line up cuts deep as old friends and family are all brought together for an epic reencounter.

Prev1 of 2Next
Use your ← → (arrow) keys to browse
Liked it? Take a second to support ICD on Patreon!