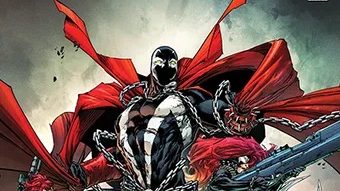 Spawn came onto the scene almost 29 years ago. Next month we’re getting something new from the record-setting title: an expansion of the universe!

On June 30, 2021, we are getting a 52 page one-shot entitled Spawn’s Universe from Image Comics. In the pages in between we are getting four chapters:

These are going to be the prequel chapters for three new Spawn titles that will be coming out later this summer. The artwork will be done by Jim Cheung, Brett Booth, Stephen Segovia, and Marcia Takara.

With a $5.99 cover price at the local comic book store (providing you don’t go variant chasing), readers will be getting twice the amount of content in Spawn’s Universe as they would with quite a few of the mainstream publishers for about two bucks more.

Events like this don’t happen often. I recommend getting a copy added to your pull list at the local comic book store before they hit the racks and sell out!