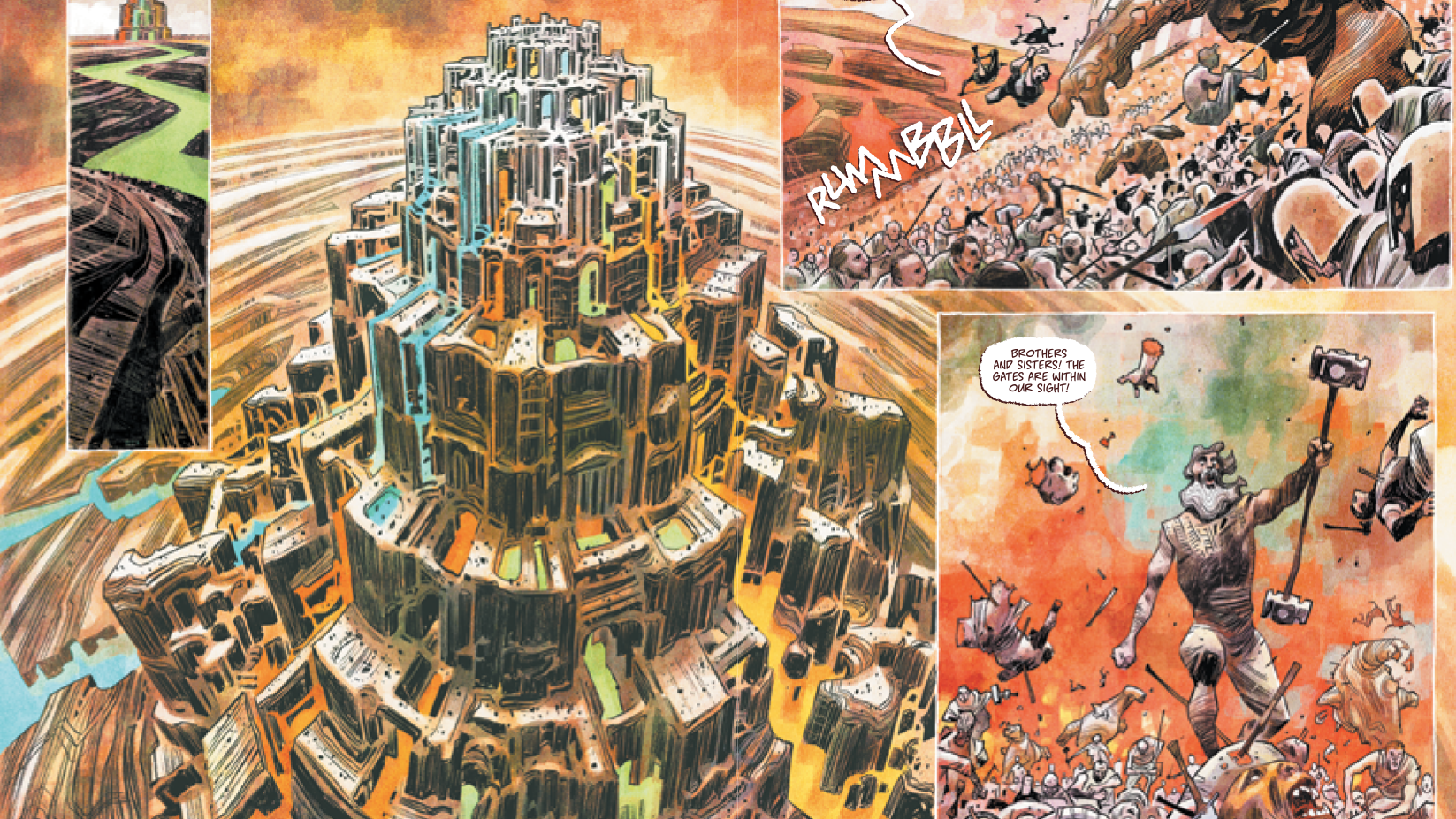 The Forgotten Blade is a fantasy epic centering around the unlikely alliance of an amoral mercenary armed with an ancient weapon and an enchantress determined to avenge her murdered children by killing the creator and god of their world. The gorgeous art brings this world and all its action to life and is interwoven with a story filled with plot twists, legend, and deeper questions around existence, corruption, and creation.

“The Forgotten Blade captures your imagination with dazzling fantasy art and ideas.” —AIPT

In the land of the Five Rivers, the magical waters that flow from the Citadel grant the people who know to use them incredible powers. Power that the Church of the Citadel guards jealously and with an iron fist.

Years after Ruza the Unwashed, the world’s greatest warrior and wielder of the FORGOTTEN BLADE, destroyed the last chance for the people to overthrow the Church’s cruel tyranny, he is recruited by a schoolteacher to save the souls of her two children cursed by inquisitors for no crime at all.

To do that, they must do what no one has ever done — infiltrate the Citadel, discover the source of the Five Rivers, and there vanquish the most powerful adversary of all: The malevolent God who created this world in the first place.

Tze Chun is a writer, director, producer, and visual artist based in Los Angeles, CA. Along with Salvatore Simeone, Chun co-founded TKO Studios to modernize the comic book industry, creatively and commercially.

Toni Fejzula has done extensive work in comics and animation, drawing backgrounds for a number of Spanish animated series and movies such as El Cid The Legend.

ORDER THE FORGOTTEN BLADE
Liked it? Take a second to support ICD on Patreon!