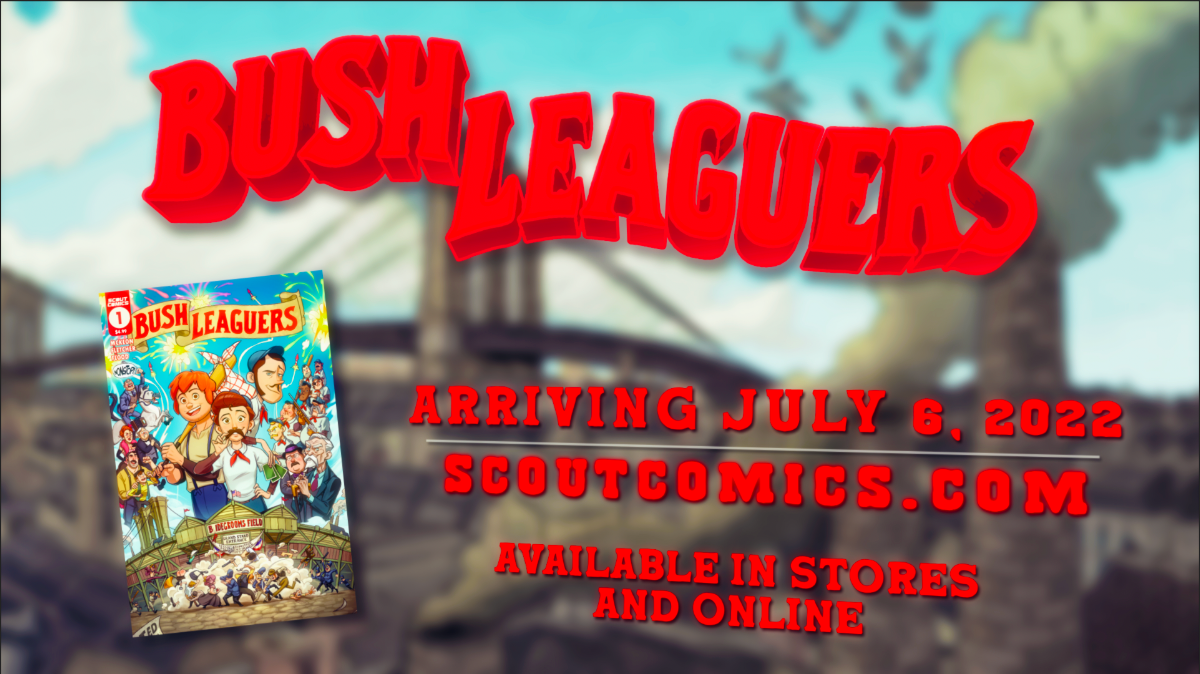 “BUSH LEAGUERS is about a group of rebels and outsiders who come together to take on the establishment, and do great things, and so we can’t think of a better home for it that at indie comic publishing great, SCOUT COMICS!”

The Brooklyn Bridegrooms baseball team are the shame of turn-of-the-century New York, and they’ve embarrassed the team’s owner, Cornelius Vanderklam, for the last time. Fed up with the failure, embarrassment, and threats from the police, Van Der Klam hatches a plan to burn down the stadium, collect an insurance check, and be done with the team once-and-for-all.

Most of the team are oblivious to Van Der Klam’s plan, but one, player, Skip Lapwhistle is determined to save the team. For Skip, a young, former seamstress, who escaped life in the sweatshop, and dons a mustache as a disguise, the team is all she has.

While wandering the city in search of a solution, Skip stumbles upon a ringer, Rube Shaw, a lost country bumpkin who wants to try out for one of the Bridegrooms rivals. Skip tricks Rube into auditioning for the Bridegrooms, instead, but before Skip can whisk Rube away, they run into trouble with the law – Police Commissioner Theodore Roosevelt, who has other plans for them.