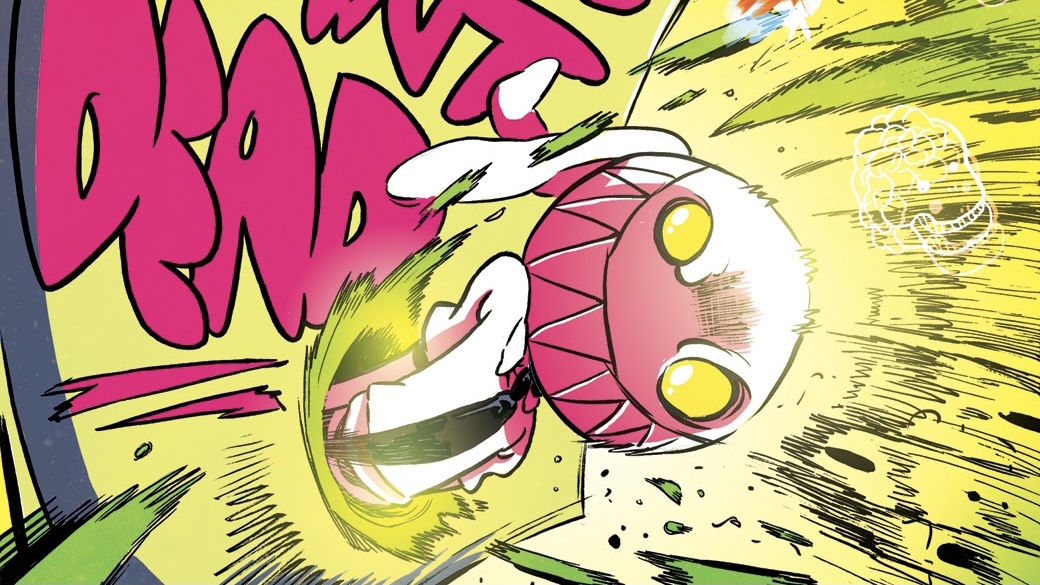 “Mr. Easta is a weird and hopefully funny book that can be a bit rude in places. I am so happy to be working with Scout on this! Their diverse and quality range of books will be the perfect home for Mr. Easta.”

Mr. Easta has to repay his debt to Intergalactic Warlord Dr. Bone by scouring the universe for the targets on his hit list. This adults-only romp through time and space sees Easta and Frank soon establish that a sinister coincidence exists between the targets on the list. They are all members of the powerful intergalactic trade union. ‘Offing’ these people would incite a massive trade war and leave the universal market open to Dr. Bone and his ethically questionable products.

Dr. Bone’s products are made using a strange little alien creature, the last of its kind who’s body has mind-enhancing properties when ingested. Easta, who turns out to have some morals left, rescues the alien from Dr. Bone and takes it upon himself to protect the creature. This now means the Warlord is after Easta and puts a contract out to kill him and retrieve the alien. Easta is soon being hunted by a host of other assassins. Easta realizes he’s just gonna have to kill Dr. Bone and anyone else who gets in his way…


The gloriously demented mind of Kit Wallis brings the galactic adventures of the third best assassin in the universe to Scout Comics! Incredible, kinetically charged artwork blasts the blood, mayhem and quirky humor directly through your brain like a high-caliber bullet. In this issue, it’s Elvis night at an interstellar backwater bar, but with all due respect to the King, that doesn’t stop Mr. Easta. With the help of Frank, his teleportation parasite, who can also transform into any handheld weapon imaginable, it’s business as usual.