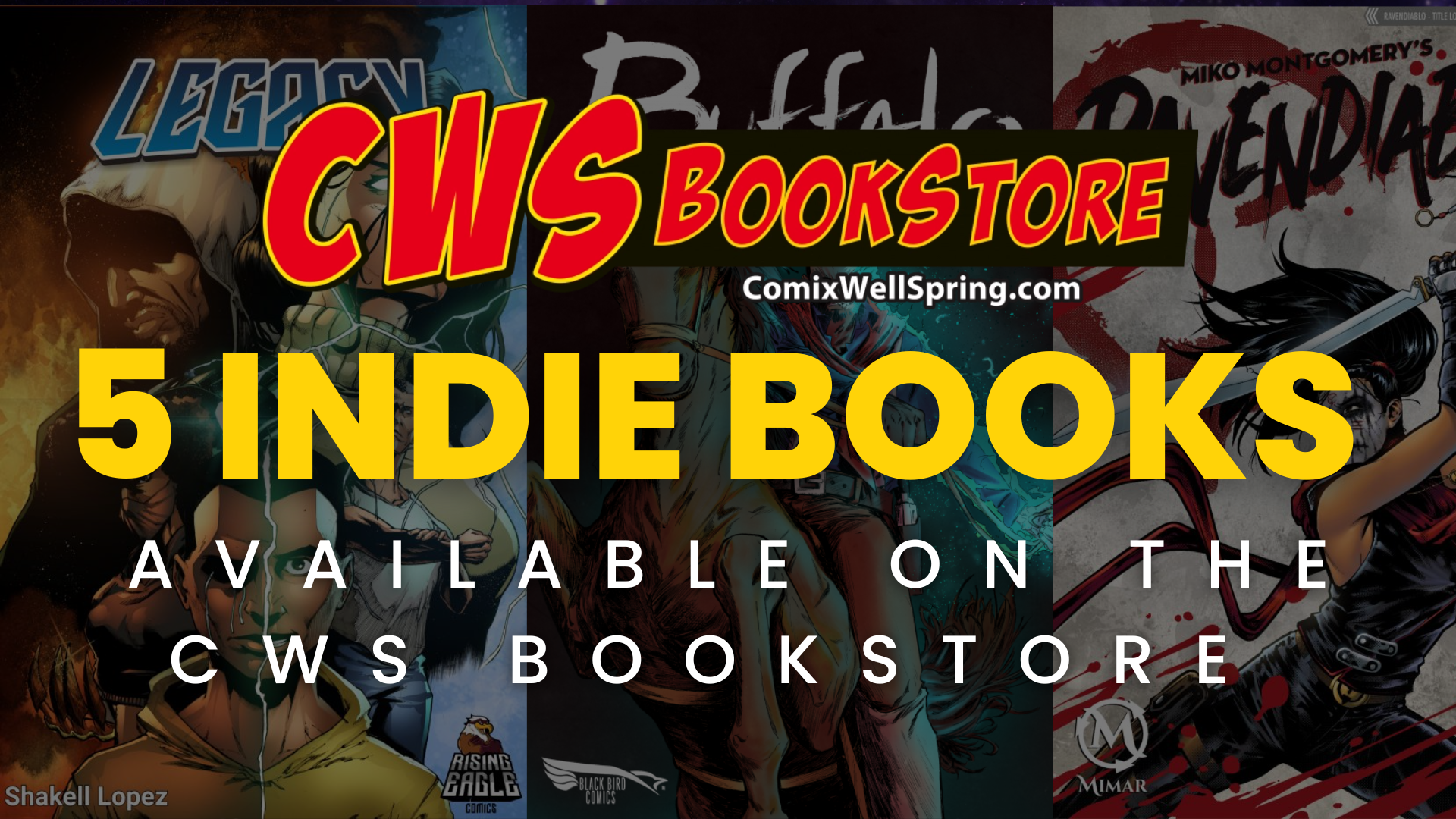 Comix Well Spring launched their online indie comic marketplace earlier this year. The CWS Bookstore (https://cwsbookstore.com/) offers a place for comic creators to sell their books (digital and physical) to lovers of creative storytelling. Or as the folks at CWS say:

“At Comix Well Spring, we love comics. And we genuinely care about the comic book industry. But we care a lot more about those who create comics. It’s the primary reason we launched this new online book store. To help independent comic book creators, whether seasoned publishers or those just starting out, use this platform to easily advertise and sell their books to readers who love original comic books. Like you!”

We at Indie Comix Dispatch are huge fans of CWS and all they do for the indie comic community (including sponsor us)! We’ve compiled a list of 5 comics you can score right now in both digital and physical format from the CWS Bookstore!

Legacy is a teenage boy who is an electric User. What is a User you ask? They are super humans that can control different elements of the world.

Legacy just turned 13 and is about to have a birthday he will never forget.

Jarmane warren is dead. He died in a cave in the philippines while serving during the moro wars in 1898. However, the cave which is his final resting place happened to contain mystical artifacts brought by spanish monks 300 years earlier. These artifacts keep warren alive, caught between the spiritual realm and the physical. Warren must find a way back to america but when he finally returns, the world is much different than the one he left.

In 1398 AD, Lord Henry Sinclair his rag-tag group of Knights Templar are shaken from their quiet castle life by a vicious Cardinal and his mercenary army, sparking an adventure into the unknown with history itself at stake. Based on much debated true events.

GET IT
Liked it? Take a second to support ICD on Patreon!