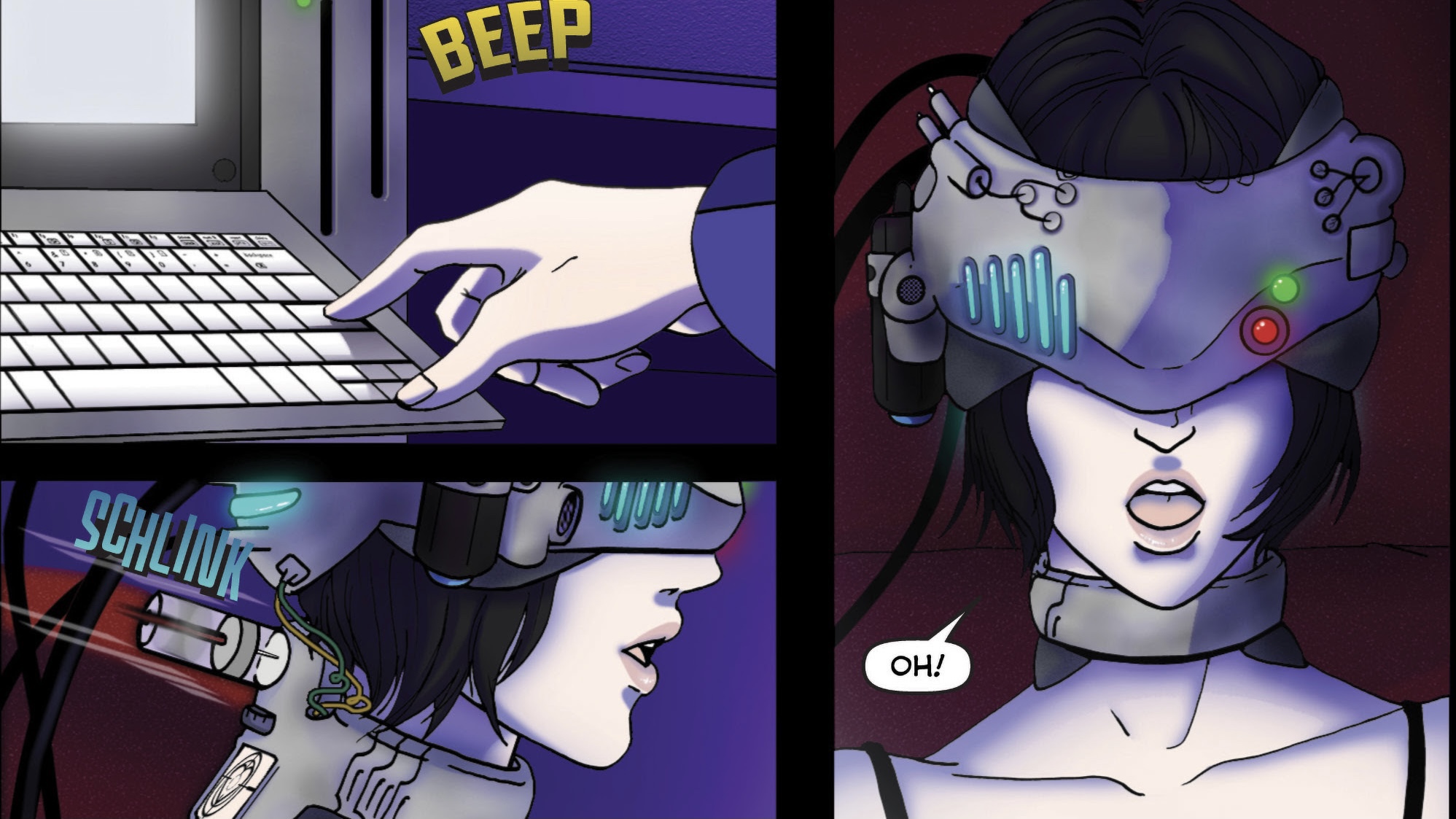 A story of three lost souls, so disillusioned with the real world, they’ll do everything possible to escape into a virtual one…

A dark future is realized, and it’s an addiction to the illegal virtual reality technology, DREAMtech. Enter The Concrete World, written by Gavin Highnight (Transformers: War For Cybertron, Star Wars: Resistance) with art by Jetilla Lewis (Motor City) and James Emmett (The Commitee).

A story of three lost souls, so disillusioned with the real world, they’ll do everything possible to escape into a virtual one.

Felix, Paulie and Sera form an unlikely friendship. Their use of the mind-altering device leads the three on a quest for the ultimate high…A mythical virtual reality program nicknamed BLACK IVORY, which is rumored to be digital nirvana. Without money to acquire the elusive software, the three turn to a crime spree that puts them on a collision course with authoritarian law enforcement, technology-dealing gangsters and ultimately themselves.

Wander the forever night of this neon-soaked world along with Felix, Paulie and Sera as they search for the ultimate escape and discover that ultimately… Freedom is the new drug.