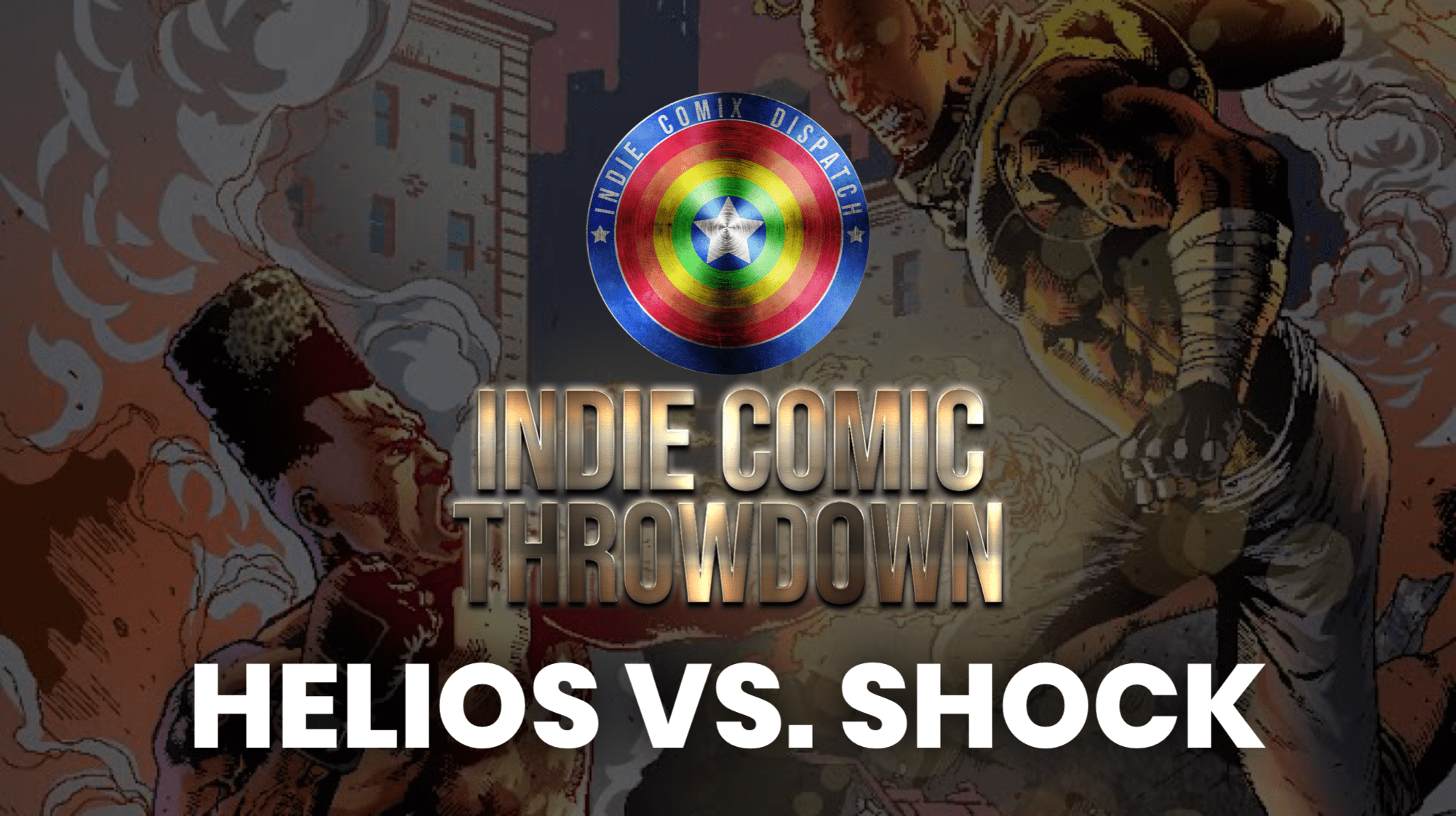 Read about Helios and Shock Here.

Helios and Shock feel a buzzing in the back of their heads, at the same time miles apart. It disturbs their respective training, but the warriors within them have to know where it’s coming from. They journey into the forest until they come to a clearing. Neither of them sees anyone until they step from beneath the trees.

Helios sees a young man with golden hair. His body bristles with energy. Shock looks into Helios’ eyes and sees the unquenchable fire within. They both approach slowly, unsure of what’s going on. But they both realize the close they get, the more the buzzing goes away.

Helios approaches and raises a hand, lit up with flame. Shock sees this as a challenge and wastes no words, using uncanny speed to blast Helios in the chest and knock him to the ground. Helios looks up, full of rage and pride, ready to call down the sun on this new opponent. But he stops and thinks for a moment. Bringing the sun close to scorch Helios would also eradicate all life on Earth. Even the slightest movements of the celestial bodies have decimation level consequences, so he relents. He charges up the flames around his body rushes back into battle.

Shock yells, “Shock Wave,” as he unleashes a torrent of electricity at Helios. Helios dodges the blast but still feels tendrils of energy leech into his skin. The battle quickly becomes one of refined skill versus raw talent and speed. Helios has the advantage, his martial arts prowess is nearly without peer, but for each blow that Shock lands and each evasion that Helios makes, he feels fatigue setting in. Uncharacteristically, Helios feels drained, he feels sluggish. Shock flashes a wicked smile before he unleashes his shock wave again. This time it takes Helios full-on in the chest and knocks him into the distance.

Later, Helios awakes and his golden-haired opponent is gone. But next to where he laid unconscious, signed into the ground is a message that reads, “Shock was here.”

5 INDIE COMICS TO READ THIS November
REVIEW: The Hated #1
Sponsor