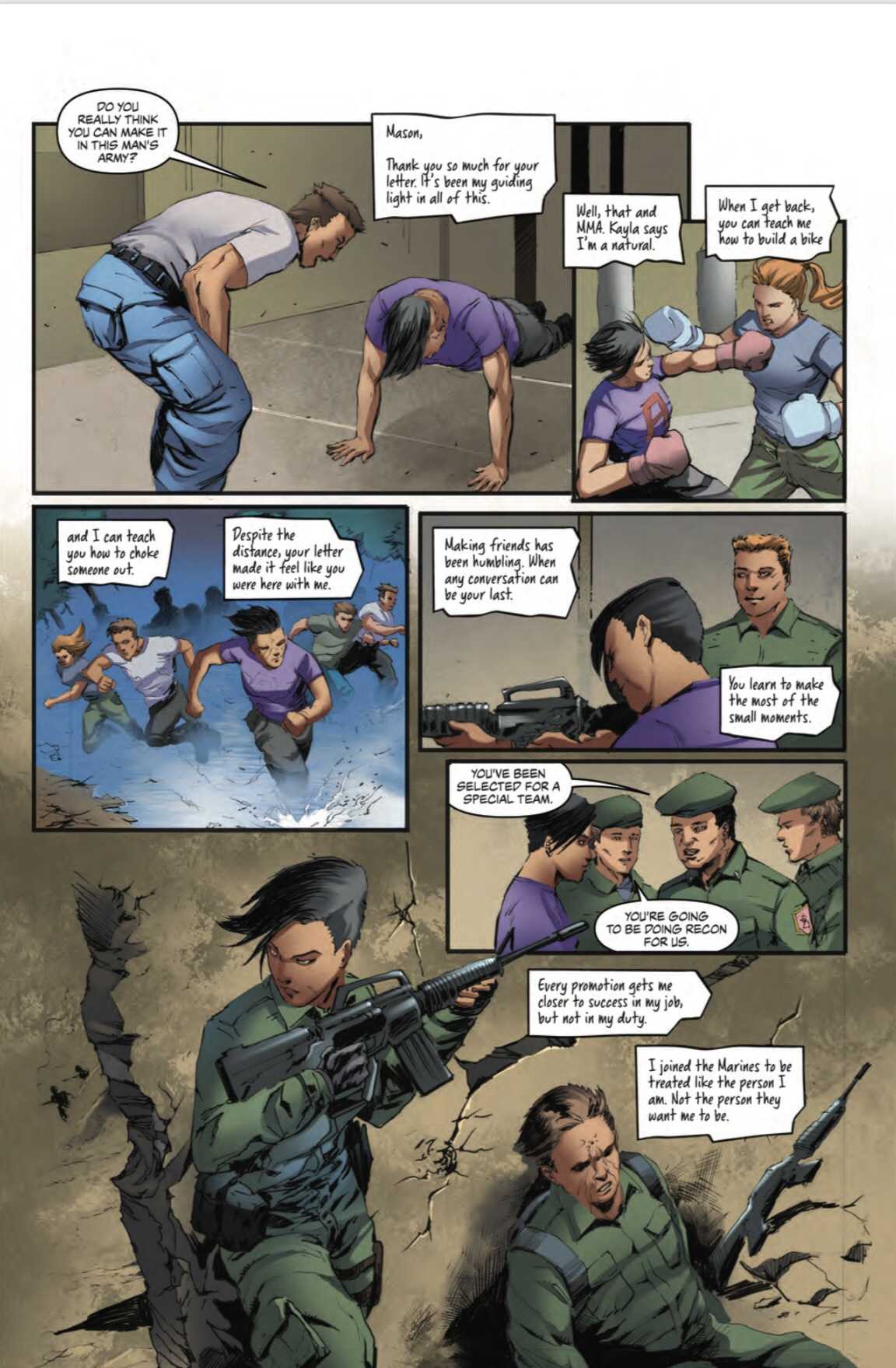 Constant Hustle Comics’ tagline is “Changing the face of superheroes and how their stories are told.” Avery the Astonishing certainly sets out to do just that. Avery is just one of Constant Hustle’s emerging line comics which include Celestium, The Last Line, Pancho and Cisco, Zero Gravity, Carnivore, and more!

I recently sat down to reread Avery The Astonishing #1. Avery is a genderfluid hero, I’m going to use they/their pronouns since I can’t ask Avery what their preference is. Avery was a marine, they were discharged after an incident on a special mission on which they were the leader. On the mission, Avery loses control during a paranormal incident during which they take their frustrations out a person in their custody. They leave the Marines with a dishonorable discharge and takes up MMA fighting, a skill they picked up in the Marines. It’s from this point in Avery’s story that issue one begins picking up pace.

Issue one is solid. The story is propelled by Avery’s stubborn personality and paranormal incidents that begin to point to a larger story. All in all, issue one is a great read, there are a few little typos here and there, but nothing that distracts you from the story. It’s a really great story that, true to Constant Hustle’s tagline, changes the face of superheroes and how their stories are told. You start to get this feel for Avery, as a character, see them as the hero that they’re going to be, see the compassion that they’re going to have, and see where the story is starting to head.

Issue one ends right as I wanted more, so you know what that means… I have to read issue two! At the end of the first issue you get all sorts of previews of other Constant Hustle titles and start to see the broader Constant Hustle world. Constant Hustle and Avery are also going to be part of the big Wingless / Constant Hustle / Concept Moon crossover, which from sneak peeks I’ve seen, looks amazing.

Avery the Astonishing #1 is a solid first issue and the story is going to go to good places, I can feel it. It has a good base it’s got a great character, I’m looking forward to seeing what happens next, I’m sure it will be astonishing!