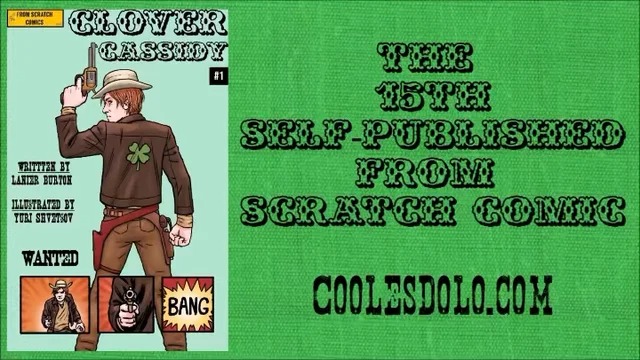 So, tell people a little about ya!

I’m Lanier Burton Wisconsin Native ! As you’re reading this I’m still shoveling snow ! Yes it still snows here in April and a bit in May lol , I’ve always been a part of the arts beginning in poetry, music to film to music again and now comic books ! Since 2019 I’ve self-published 15 comics in total. My estimation is by this year it’ll reach about 23 or so hard to say , I’m always working on something new ! I’m influenced by comics , manga , music , film , even sneakers! You name it ! I  absorb all these things around me and put things in my own way.

What are your favorite genres to write?

I write in just about every genre! From sci-fi, comedy, horror, action, crime drama, westerns, romance, fantasy etc. The reason for this is because I love delving into and creating these worlds and characters. A Jack of all trades, master of mine as they would say.

Do you have a game plan when it comes to your comics or writing career? Such as, some want to start with comics to get into movies or something of the sort.

I envision From Scratch Comics having a niche in this indie comic book industry that spans comics , film , and music ! I prefer to release my works in sync with one another so there’s usually a video or soundtrack that accompanies a comic book or vice versa! One day I hope to have my works adapted on the big and small screen that’d be awesome. I want to be self-sufficient and to live off my work , be my own boss, encourage others to self publish as well.

Have you written anything else besides comics?

Numerous songs and short films my back catalogue is rather vast ! 43 videos (so far) on my YouTube and over 165 songs released (so far) ! These experiences made my transition to the comic book industry rather seamless! All of these works can be found on my website Coolesdolo.com !

One last question, where do you see yourself in 5 years with your comics?

In 5 years I hope to have established an empire in From Scratch Comics ! I would also LOVE to have a shoe deal with adidas in 5 years hopefully! In 5 years I hope to create my seminal work , as it stands I’m only building more and more to my magnum opus! Expanding my website Coolesdolo.com is also top priority!

THE CAMPAIGN CORNER: May 7 Edition
Scout Comics takes the tagline “Lost in Space” to all new levels with REDSHIFT.
Sponsor