Cypher Team is the flagship title of the SoveReign Comics Universe (SoVerse). Think of them as the Justice League or Avengers, but with one stark difference – they’re a Xenith powered special operations unit. Let’s be clear, they are a different type of hero…and they will take down a target for the “long nap” if they need to.

Tyrone Jackson, owner and creator of SoveReign Comics, has this to say about Cypher Team, “I created them when building the back story for the title that started the SoVerse, Infinite Reign. So in creating the past for that…dystopian futures tale…some of the most powerful characters in the SoVerse came into existence. Which leads to an unsung fact of the SoVerse. It’s an interconnected universe. The events happening are noticed across all titles within the vicinity.  There’s so much story that Cypher Team has to tell and I hope you’re all ready for it.”

When a Xenith hate group attacks unsuspecting individuals as they stand outside a TEMPLE site waiting to register themselves, and their powers, on the day of The Annual Xenith Power Registration Summit; the dormant and efficiently lethal, anti-terrorism unit, known as Cypher Team, is brought out of decommissioning to stop the situation. However, their recommission wasn’t only for the attacking group but also, to engage a group that is waiting in the shadows. A villainous group that sees only their own, who aren’t against them, as equals.

SoveReign Comics (The SoVerse) is an independent comic book publishing company located in Colorado, US; priding itself in the creation of diverse characters while delivering dynamic stories, in-depth character development, and imaginative escape.

SoveReign Comics was established in 2009 by Tyrone Jackson, and since then, has grown from 3 titles to 15; all expanded across 3 communities among a large diverse Eco-system covering 3 areas of readings with: SoveReign ORANGE covering the main reading stable, SoveReign BLAVK listing the more adult titles meant for intense readers who enjoy levels of stories that cannot live in the main stable and SoveReign KUBS; which is geared towards the youth and early literacy with different titles, in a respective step, leading up to SoveReign ORANGE level readership.

The flagship title of The SoVerse is Cypher Team; a title that dives into the re-emergence of an elite Xenith anti-terrorism unit, who fight to protect their own as well as protect humans from other Xenith that would wish to do them harm. We strive to ensure that there is something to read and enjoy, for everyone. Our stories flow from Superhero titles to Science Fiction, from Horror/Supernatural to, Dark Hero.

Not only is SoveReign Comics diverse on the panels, but it is also a diverse company behind the panels. Employing artists, writers, and editors from different parts of the world who are of different religions, ethnicities, and sexuality.

5 Ways to Get Noticed by an Editor 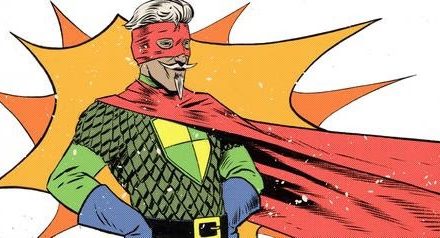 THE LIFE AND DEATH OF THE BRAVE CAPTAIN SUAVE Is Coming Soon From Scout Comics! 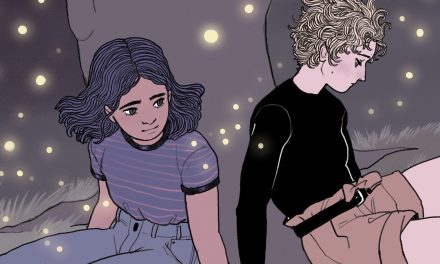