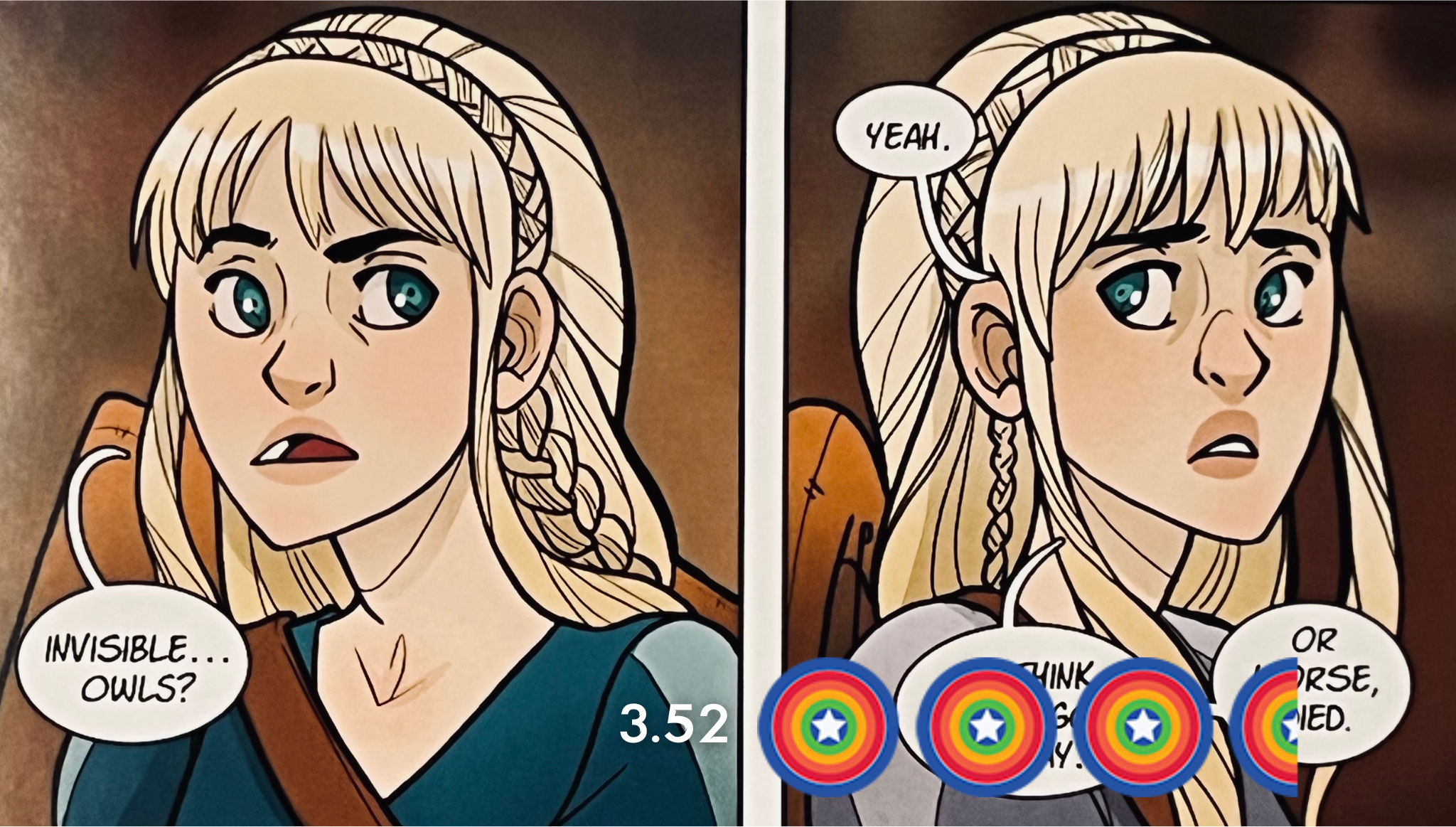 “Legend of the Shaders” #1 begins in Sogn, Nordurland many centuries ago. A caravan is coming to town. That means there’s an opportunity for the harp playing twin sisters, Camille and Kennerly, to put on a concert in an attempt to make some money. A stranger sees the girls and asks about them. That’s when we learn that there’s something magical about these two young ladies.

I have a buddy. Let’s call him Backstage. He goes to concerts the way some of us collect comics, shot glasses, or souvenir baseballs. More often than not, he finds himself getting to meet the performers of a particular show. He saw this when the Harp Twins were in our neck of the woods.

While Backstage was checking out the concert shirt booth he saw “Legend of the Shaders” #1 and picked up a copy for Cupcake and I. He even got the books signed for us. He thought we’d appreciate an interesting piece of music memorabilia.

“Legend of the Shaders” quickly pulls the reader into the story. It’s easy to grasp the setting. Our primary characters, Camille and Kennerly, are instantly relatable with their conversation about invisible owls. Kennerly reminds me of my friend, Bambi.

The majority of the artwork looks like animation cels. Given how the story reads as an outstanding beginning to a book for younger readers, that’s a perfect fit. I enjoyed seeing the shader.

I believe “Legend of the Shaders” has built a terrific foundation for an ongoing series. We have a well established setting, a good origin story, and the right dash of intensity to make readers want more. As a geek on a budget I believe this book is well worth the price of admission.

You can get your copy of “Legend of the Shaders” #1 at: