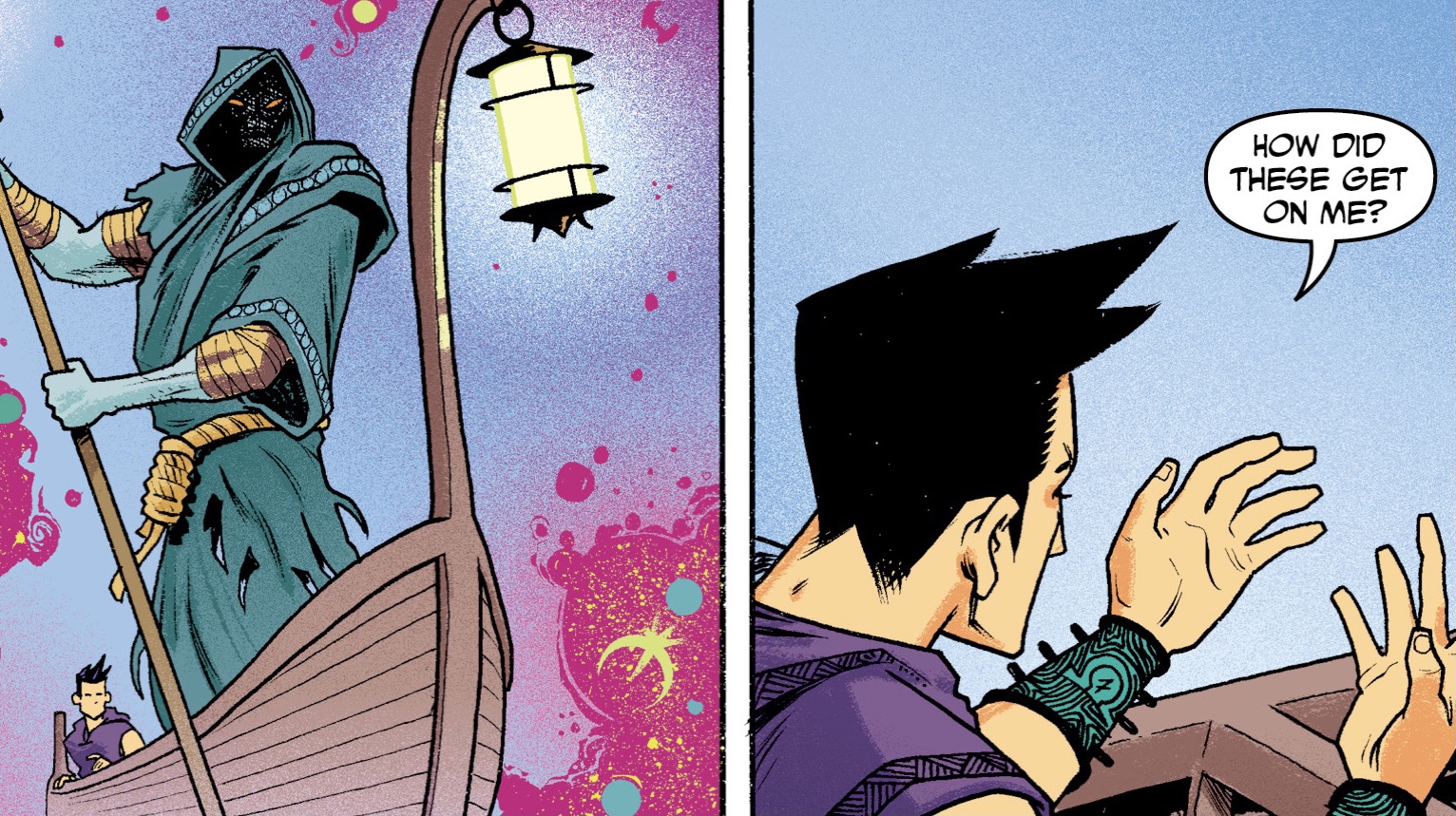 In a world of demons, nightmares, and horrific apparitions, one must find the Light to escape eternal damnation. The Oblivion Trials is a four-issue mini-series debuting Jun. 29, available for pre-order now in your local comic shop or from sourcepointpress.com

“Working collaboratively with Brandon and Anderson was something special. The concept of The Oblivion Trials pushed our imagination to places I’ve never been before as a creator. This world we created is vast, mysterious, dangerous and ripe,” says Packard.

What mystery lies on the other side of the afterlife?

After his own abrupt death, a young boy, Kiko, finds himself whisked to an ethereal world into the boat of Charon, a deity that presents him with a choice that will decide his eternal fate.

After entering the Oblivion Trials, Kiko finds himself sprawling on the beaches of an eerie island. In this new world of terrifying creatures, Kiko must face monsters from his greatest nightmares as he searches for the fabled Light.

“The idea of the Oblivion Trials originated from an older novel I wrote, Ghost Wolf. Technically, I’ve had this idea in my head since I was a teenager and it’s extremely exciting to see it finally come to life and hit stores!” says Chen.

Chen garnered a cult following after publishing his first novel, Age of Darkness, at 17 years old. He has since amassed over a million followers across various social media platforms, where he shares his developmental processes and tips for young writers. His projects are primarily influenced by shounen and seinen manga and published on online platforms such as Webtoons, Tapas, and more. For more information about Chen, visit https://brandonchen.carrd.co/.

Source Point Press is a publishing company and subsidiary of Ox Eye Media, founded in the American midwest distributing books, comic books, and graphic novels. Source Point Press has garnered critical acclaim for its creator-owned titles such as Cult of Dracula, Monstrous, and Boston Metaphysical Society, and is known to expand existing fan bases into comics with adaptations like The Winchester Mystery House, Butts in Seats: The Tony Schiavone Story, Twiztid: Haunted High-Ons and more. For more information, visit sourcepointpress.com.