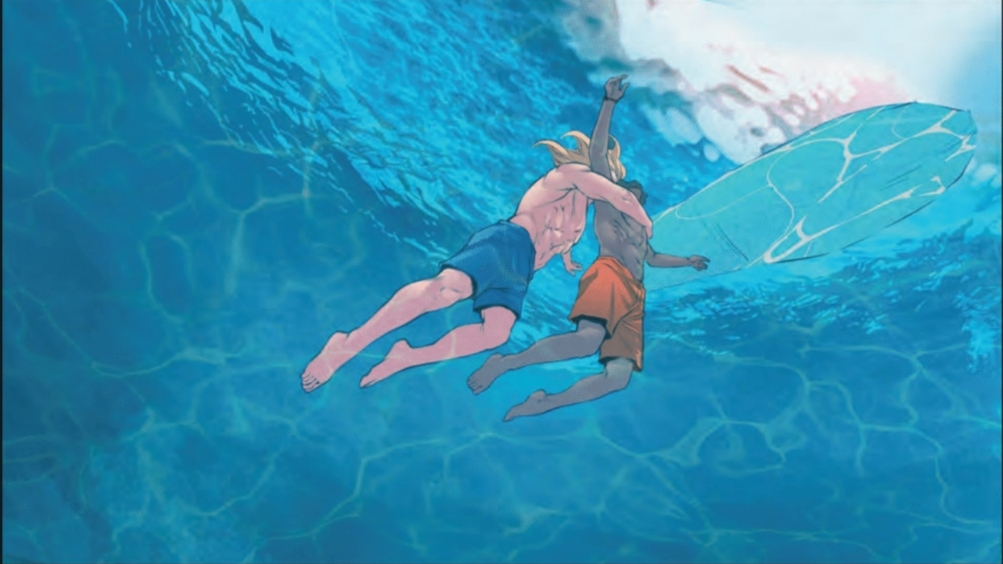 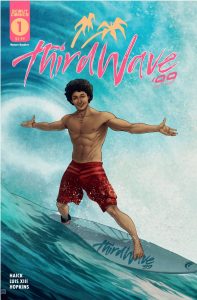 Book Description: A troubled teen gets a second chance from a local surfer and shop owner with a mysterious past that may have finally caught up with him.

Third Wave 99 by James Hick III and Luis XIII begins with a teenager challenging himself on a wave and ends with a fixer coming down to take care of “something” the in-between is an entertaining ride. It is a little predictable but entertaining the whole way through. Third Wave 99 is a solid first issue that does enough to make you want more.

James writes a story that reads like you’re watching a tv show. The characters are familiar because we’ve seen them before. Third Wave 99 could have been an 80’s tv show or action movie, and that’s not a bad thing, especially when all the right beats are there moving the story along into a logical conclusion. It’s like you know what’s going to happen, but it is fun watching it unfold anyways.

The cover art looks good but gives you no idea what you will read. It displays the swagger of triumph as Matt is the king of the wave. It’s hard to guess where the story is going from the cover. I’m sure some people who may be into it might pass it up, having no idea what’s in store for them.

The pencils by Luis XIII look good. The book has really good body mechanics and proportions. Luis helps to tell the story, and the style works for the book. One thing that stood out, pretty much the only thing, is the eyes of the characters don’t always display emotions that match the words in the panel. It doesn’t take away from the story, but to me, at least it was very noticeable. Especially sing everything else was on point.

The dialogue does everything it’s supposed to. Some of the conversations don’t seem natural. At times, it looks like characters are talking for our sake and not each other. But everything flows to where it needs to be to move the story forward. A lot of ground is covered in a way that doesn’t seem rushed. It’s more familiar than predictable, and the pacing is done well. The book’s end is flat. The book builds us up to a hunh? But not in an overly exciting way.

Overall, Third Wave 99 is a solid debut issue that lays the groundwork for a series that’s familiar in and nostalgic type way. The minor missteps never add up to the point of taking you out of the story. Third Wave 99 is a fun read that has room to grow. And is enjoyable enough to make readers want to.