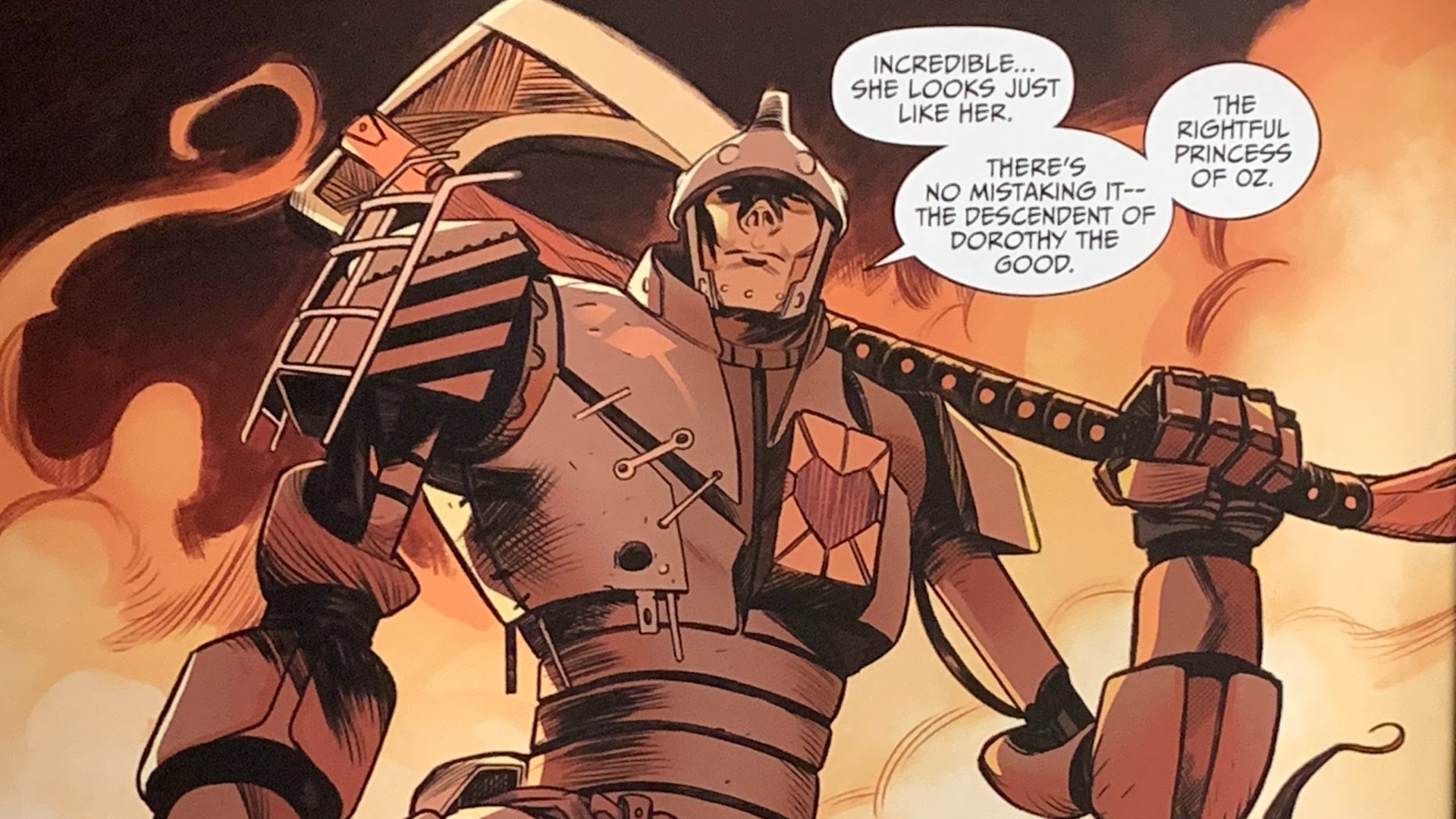 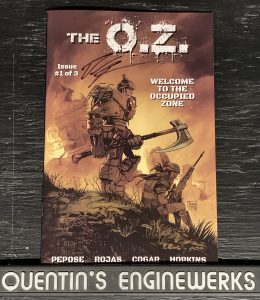 Book Description: We’re familiar with the classic story, The Wizard of Oz. The O.Z. takes place afterwards. Dorothy’s granddaughter, Dorothy, is an Iraq War veteran that’s having trouble adjusting to civilian life now that her military time is over.

In the service everything made sense to Dorothy. Here life is all about taking care of Grandma. All Grandma ever does is talk about a make believe place. Dorothy doesn’t know how to relate to the other civilians. She’s lost and lonely. It’s gotten so bad that Dorothy is ready to kill herself. When she tries to do so a tornado takes Dorothy and the Jeep she’s in to the magical land of Oz.

Here the Tin Woodsman informs Dorothy that after the death of the two Wicked Witches and departure of the Wizard and the first Dorothy Gale the Scarecrow took over. He’s intelligent; but he doesn’t know how to run a country. His reign quickly turns into despotism. Glinda, the Winkies, and the Munchkins revolt; with less than satisfactory results. Scarecrow has turned all of Oz into the O.Z., the Occupied Zone.

Now it’s up to Dorothy to take her place as a princess of Oz and fight for the freedom of everyone in Oz.

When I was little I watchedThe Wizard of Oz a lot. It was Grandma’s favorite movie from her childhood and she wanted to pass on the joy of it. It worked. I love anything to do with the land of Oz. When the premise for The O.Z. was explained to me, I was sold immediately.

The O.Z. has a lot of grit in the character development. We can see how jaded the younger Dorothy has become. In fairness, can you blame her? When the only person in your corner is carrying on about events that happened 70 years ago and a pet that has been gone for almost as long it’s easy to question everything.

The Oz that David Pepose has created is nothing short of mind blowing. Seeing how the flying monkeys have transformed into kamikaze bombers in the middle of a war torn wasteland…. I like the originality!

I liked this cover when I glanced at it during Rose City Comic-Con. Having had the opportunity to look at it more closely, I’m loving it. When I initially saw this book I didn’t realize that the Tin Woodsman was on the cover.

The interior artwork is rock solid from cover to cover. We get terrific detail as Ruben Rojas brings this creation to life. It was a peculiar feeling seeing Scarecrow on the throne speaking like the Wicked Witch of the West.

As a geek on a budget I can’t say enough about The O.Z. It has action, gritty characters, and a terrific twist on a classic tale. My biggest regret about this issue is the fact that I only bought one. It would have been nice to have a reader copy to disseminate amongst my friends so they could see how great this story is.