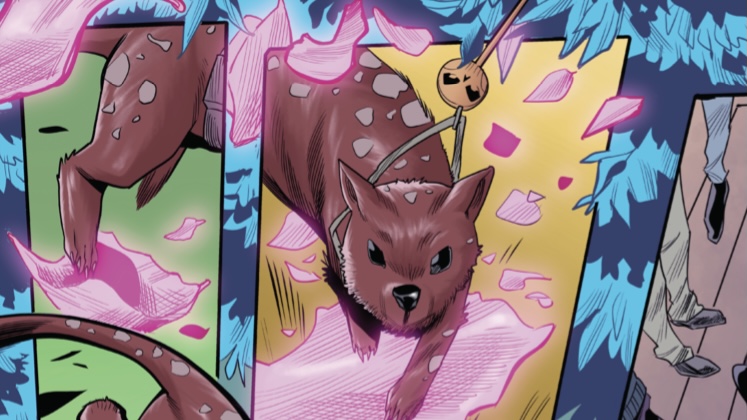 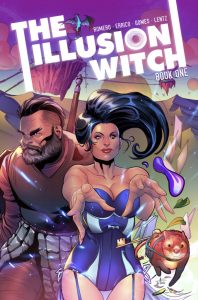 Book Description: The Illusion Witch Book One is a deep dive into a talented woman's emotions as she struggles to reject her reality and falls into a new one. As a master magician, Aadya knows that hidden beneath the surface is where one finds the secrets behind an illusion. Except this time, she didn't stage her act and now the goal is more than to just amaze a crowd. It’s to save an entire world.

Romero does a great job creating his protagonist, Addya, The Illusion Witch. She’s hot, talented and capable, but conflicted with her emotions and distrubed by her past. She needs a new lease on life and Romero has one written for her. To do this he crafted issue one using the dialogue wisely to show Addya’s emotional pain points at different stages of her life that brought her to where she is now. With Addya as such a focal point, the mystical fantasy elements of the series took a backseat. The classic issue 1 struggle of, “How to present a full scope of a series in 30ish pages?”. Romero made these fantasy elements exciting and interesting, but with little context as to what’s going on in this fantasy reality and where Addya belongs in it, I was left with more wonder than I wanted.

Errico has me excited to fall into a full fledged fantasy adventure, she has a clear talent and ability to transition the story and change the emotion of a page. The art helped this story read well, but there was no one page that made me stop and go, “wow”. However, I wouldn’t expect this to be the case in issue 2, with Aadya about to step foot into her new reality.

The cover and title page are real eye catchers. 5 stars.

Book One lost some points under mechanics because I found the fantasy transitions abrupt and short. And on one occasion the lettering had me confused.

If you’re a fan of personal character development and are looking for a strong female lead in a Narnia-esque tale, then The Illusion Witch is for you!