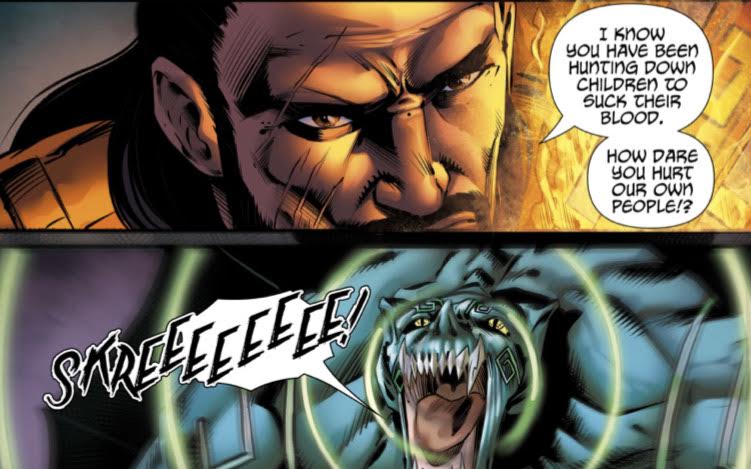 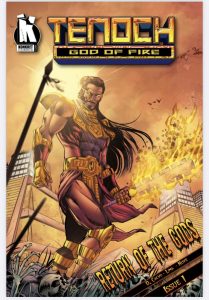 Book Description: Tenoch: God of Fire begins 500 years ago. We see the Aztec gods ruling over the land and guiding their people to a prosperous future. Tenochtitlan, the capital city, is the heart of the most powerful empire in the world…. Or so they believed. Then the Spanish conquistadors arrived. The Aztec people tried to create a friendship. The Spaniards wanted more. They wanted the Aztec’s gold and land. They were cruel, brutal, and ruthless. The Aztec gods, Tenoch in particular, tried to protect and save their people. The Spanish gunpowder was too much for the Aztec people. Between war and disease what began as friendship ended in genocide. Over generations people lost faith. They came to believe in what they could see and interact with over a deity. The gods disappeared. When fast forward to modern times in Mexico City we find Tenoch yearning for the glory days of his people. Can anything be done to change their station in life?

Over the years this is only the second modern book I’ve come across that delves into the lost culture of the ancient Central and South Americans. I’m not surprised. Somewhere on almost every white person’s family tree is a branch that was on the wrong side of history. Having a light shining down on the atrocious actions of their ancestors tends to make them upset.

Tenoch; God of Fire #1 blends a history lesson into the story seamlessly while giving us some very powerful characters. Tenoch’s pride for Aztec heritage is palpable. It’s easy to see why Miclantecutli’s request is so tempting.

The cover is well done. With the story having a darker tone to it in places I would have expected darker colors to be used to project that. This works just as well. I liked how while modern, the buildings in the background resemble Aztec pyramids.

The slogan at Konkret Comic is “Keep it Konkret”. Concrete isn’t as solid as the artwork in the interior pages. D’Lima and Huve brought their A game from cover to cover. Lines were crisp. Colors were rich. It’s everything artwork in a comic book should be and more.

In the back of the book you will find a brief history lesson. It gives a terrific summary of the fall of the Aztec Empire. I would have liked a different font/font size for that portion. It was the most valuable part of the story; but it was difficult to read.

Tenoch; God of Fire #1 has built a great foundation for an interesting premise. It has action, drama, and intense artwork. I am very eager to see where this story takes us.

You can get your copy Tenoch: God of Fire #1 through the Kickstarter campaign that is currently running at:

Broadcasts From The Dispatch- Heruary
REVIEW: Something Is Killing the Children, Volume 1
Sponsor