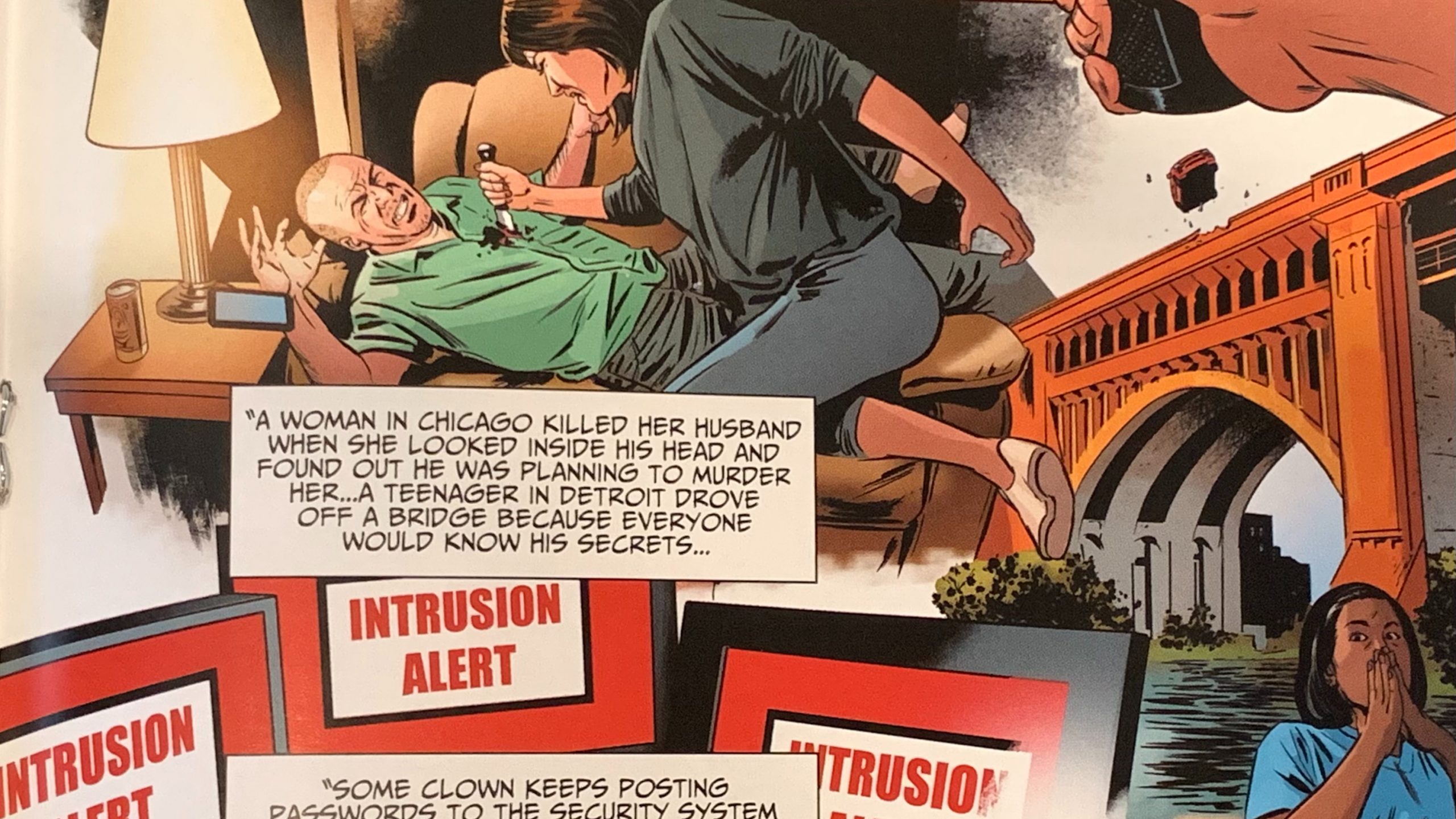 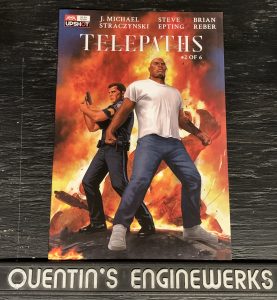 Book Description: From a prison to the West Wing and everything in between, we got a glimpse of all walks of life in the first issue of Telepaths. Then we saw something out of the ordinary.

A solar flare sent a wave of Electromagnetic Energy (EME) in our direction. This is a fairly regular occurrence. Normally solar flares might interfere with our electronics for a few and then we go about our day. This particular wave packed a lot more of a wallop.

For starters, it knocked everyone out for 29 minutes. It’s not that big of a deal until you think about anyone that was operating heavy machinery, driving, or flying an aircraft when this happened.

People woke up in the middle of chaos. Additionally, many people now have a sense of telepathy. They can hear other people’s thoughts. It saved the President’s life when an assassination plot was foiled by a Secret Service agent hearing the thoughts of a conspirator.

In the second issue, we see even more ramifications. In some instances, the people that have gained telepathic abilities can now force others to do what they want. We see this in a prison escape.

There’s also trouble on the streets everywhere as people’s secrets are coming to light. With telepathy, people are finding out about their significant other’s affairs, drug habits, gambling issues, and other things that are preferred to be kept under wraps.

. We also learn about another aspect of telepathy that many of us take for granted. What if someone could gain access to all of your financial information and had the ability to financially ruin you, just from being within line of sight of you?

What about when we take things to the next level? If people can’t protect their finances from someone getting user IDs and passwords telepathically, what’s the plan when it comes to national security?

Going back to the beginning of 2020, I have written reviews about almost 800 comic books. I’m not trying to brag. I’m giving you perspective to appreciate when I’m saying this is one of the best individual issues of any title I have read in the last couple of years.

The artwork on the cover is powerful and shows the duality of the situation. A convicted felon that suddenly can make anyone do whatever he wants and a police officer that’s been ordered back to the precinct because the police have lost the ability to protect and serve.

The interior artwork is rock solid. It may be the Yankees fan in me, but I loved the pages of Boston burning. The coloring in those panels was remarkable.

As a geek on a budget, I am shouting “All about the “Telepaths” train”. It has a terrific premise and incredible artwork. Best of all, the entire run is six books. You will not be shelling out $4.00 every two to four weeks for an indefinite period of time like you would with an ongoing series.

Everything about this book screams a movie deal will be coming. The author has already racked up one blockbuster. This could easily be the next big thing!