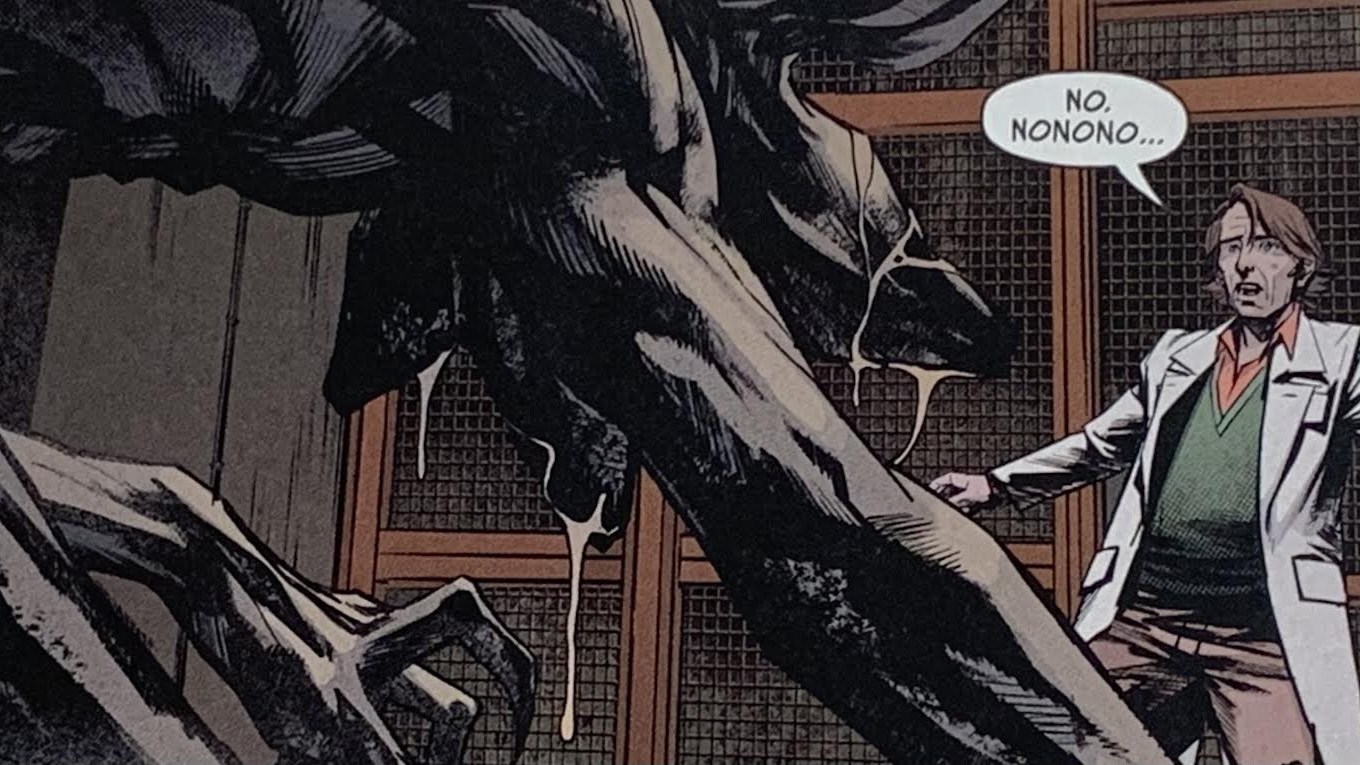 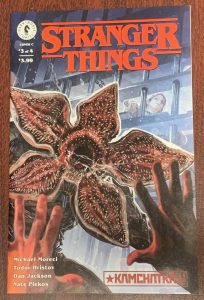 Book Description: In the first installment of “Stranger Things: Kamchatka” we saw a Soviet scientist named Dr. Orlov had developed a device that can harness telekinetic energy and possibly open a door to another dimension. Dr. Orlov realized how dangerous this device could be in the wrong hands; he gave it to his children, Anna and Leonid. He then told them to flee so the government could not use this device. In the second issue we saw Anna and Leonid trying to escape with the KGB in hot pursuit. We saw them receiving help from an unlikely source, a former KGB operative. We also saw another Soviet scientist, Dr. Karine, has a pet Demogorgon and wants to expand her control of it. The third installment of “Stranger Things: Kamchatka” gives us a backstory about Agent Semenov, the former KGB operative helping the children. We see his fall from grace and what it cost him. We also see Dr. Karine use creative motivational techniques to get the best work out of Dr. Orlov.

I’m loving how well this story is going parallel with the newest season of “Stranger Things”. It helps paint a better picture of how controlling the Soviet Union’s government was. Everything is a state secret and government officials can act with impunity.

If my mental timeline is correct, all of these events are taking place very close to when the safety test failed at Chernobyl. I’m curious to see if we get any references to that in the final installment. It would be a fun twist on history to have something from the Upside Down involved in that.

I am very fond of this cover. It’s hard to say which is more frightening. Is it the Demogorgon or Dr. Karine’s facial expression while she holds its chains? Either way, you know things are getting very serious in this issue. Best of all, it’s relevant to the story!

I’m thoroughly enjoying the interior artwork in this series. Mr. Hristov has pulled out all the stops and is giving us page after page of great work. I especially liked seeing Dr. Karine after the Soviet team tried to open the portal.

If you like “Stranger Things”, you’ll love this series once you get past not seeing our friends from Hawkins. If you’re not familiar with television series, this wouldn’t be a bad place to start, although it will make the reader ask questions about some things.