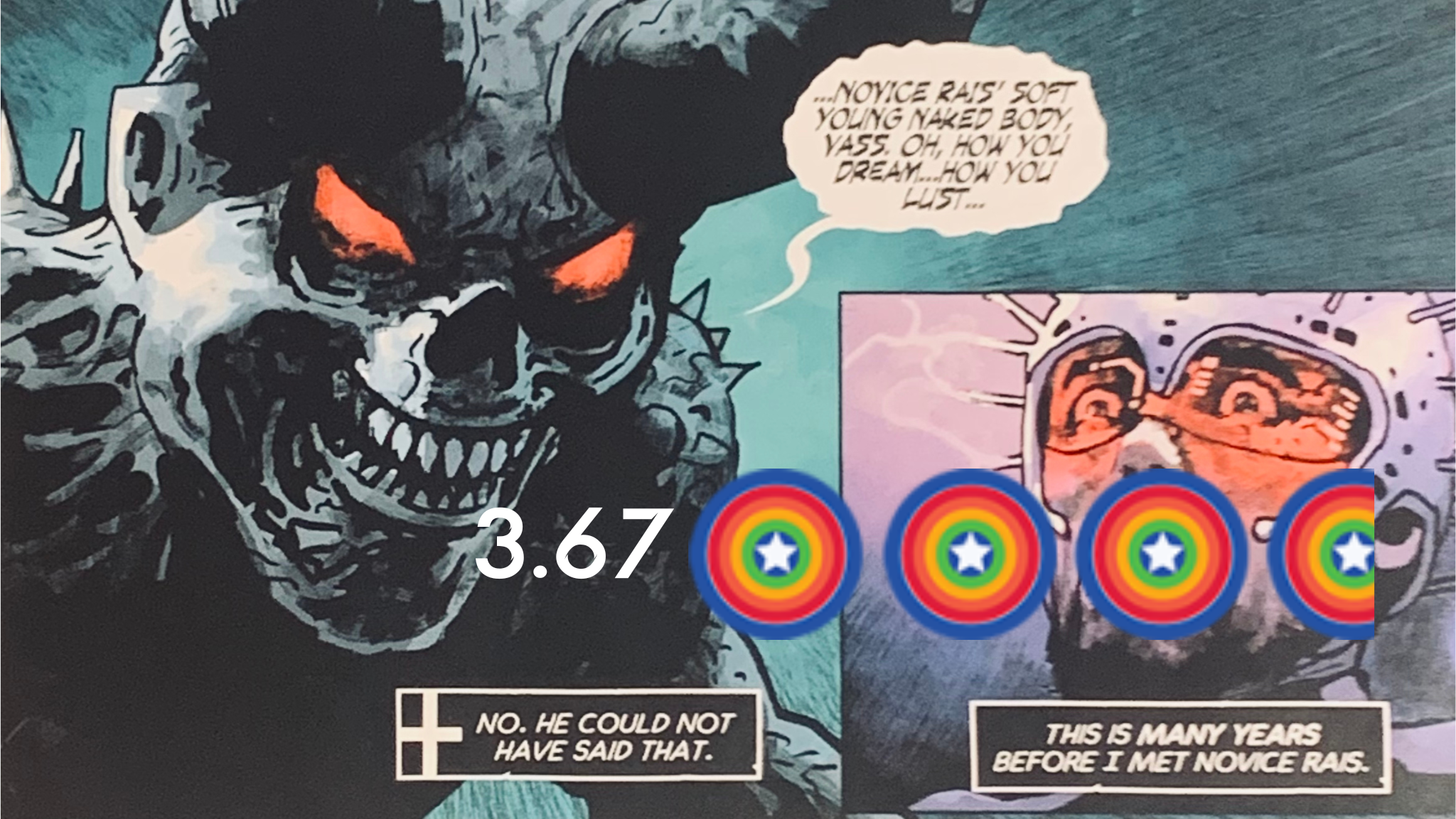 Father Vass’s first exorcism went horribly wrong. It shook his faith to the point that 15 years later he still questions if God exists. Now Father Vass finds himself on a colony planet where he’ll be fighting demons, both personal and real.

I appreciated the socio/political theme of “Sacrament” #2. It has its finger on the pulse of what is happening in today’s world. People shun God (in this case to the point that religion is outlawed) until they truly need Him. Then they expect God to perform like a show pony.

Father Vass’s situation hits the mail on the head as a metaphor for so many that have lost faith. To be doing the Lord’s work and not have that faith come to fruition when it’s needed most. To speak more plainly, how can God sit by idly and let bad things happen to good people?

While not quite iconic, this cover is certainly eye-catching. Imposing the demon’s face onto the moon/planet was a very nice touch. It makes one take notice. If a cover is doing that, it’s already ahead of the game.

The artwork on the interior pages is everything you can want in a comic book. It has great lines, detail and coloring. I was rather partial to the demon Father Vass encountered years before.

For me “Sacrament” began as a curiosity voyage with the first issue. I was expecting a horror story that ran great guns for the first half of an issue and then had a story that fell off a cliff. I did not expect to be getting a case of the “gottas” on it.

After completing the second issue, I am all in. It has everything a geek on a budget could want. Compelling story? Check. Good artwork? Check. Relatable characters? Check. A cover price that doesn’t make consumers cringe? Check. Enjoy.