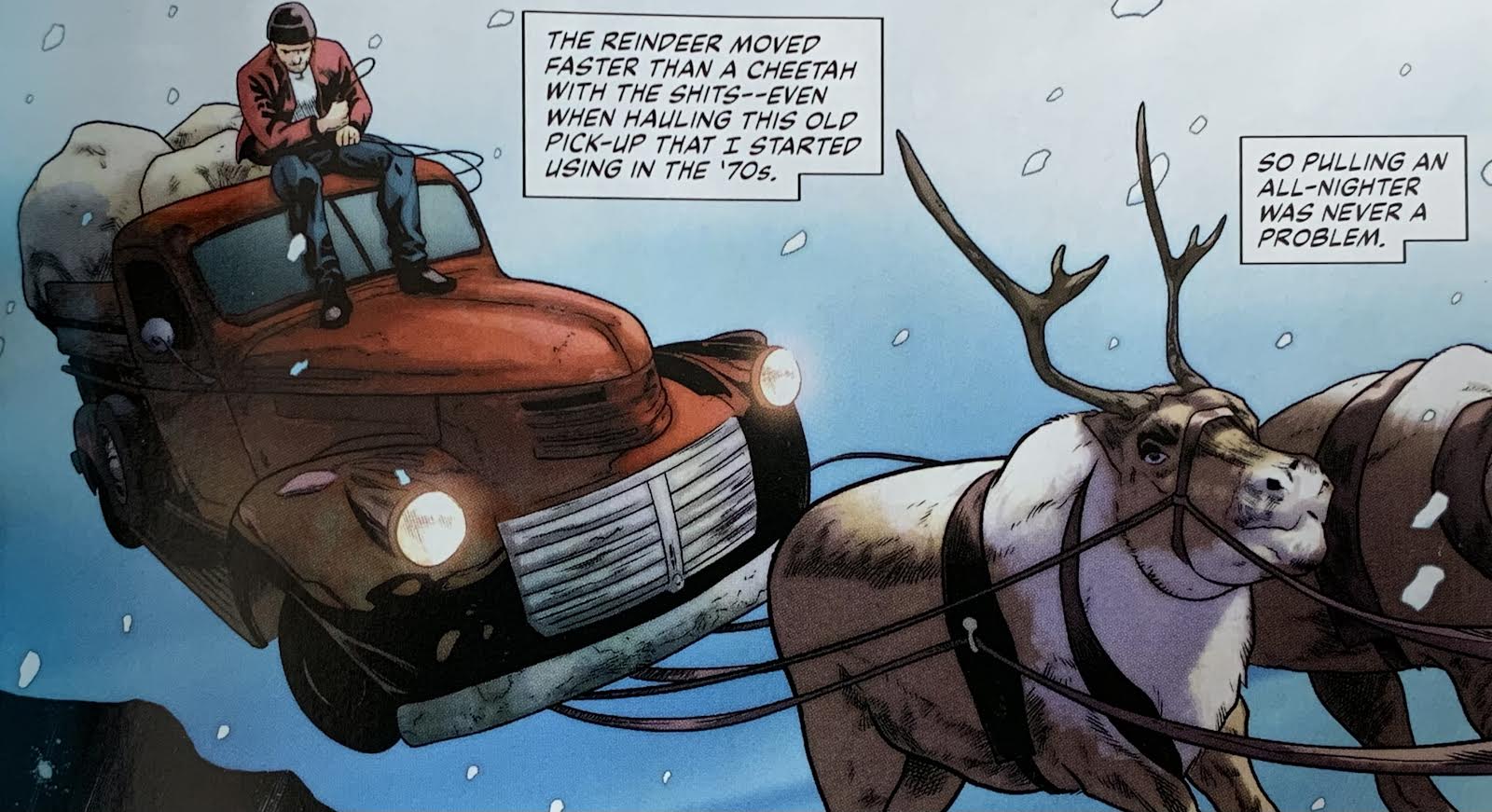 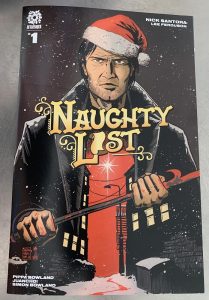 Book Description: “Naughty List” is an R rated version of “Santa Claus Is Comin’ to Town” with a twist. Our story begins in the late 1300’s in the Belgian woods. This is where we meet 12 year old Nicholas Sinter-Klass. We see him grow up, get married, and have a child. The plague was running rampant. Sinter-Klass’s family was blessed to be unaffected by it. When he saw sick children on the streets he would give them vegetable roots to eat and whatever coins he had with them. It wasn’t much; but it was a distraction for the children. One night Nicholas wishes on a star. He wishes that he could bring joy to the children that need it most. A sliver of happiness. It’s not too much to ask for. The next day he begins to whittle, making toys. He would give one to his daughter and then fill a sack up to distribute to the sick children in town. As time goes on he becomes a whittling machine. Every free moment is spent making toys. It gets to the point that it affects his work and he’s fired. As the years go by Nicholas notices that the children are filled with joy and for a brief moment they are not ill or impoverished. All they care about is that toy. Nicholas has also noticed that he isn’t aging. When his wife passes from cancer she looks like she could be his mother. When his daughter passes from scarlet fever she looks like she could be his wife. Accused of sorcery by the villagers, Nicholas becomes an outcast. Through it all he continues to whittle. He’s receiving letters from around the globe asking for toys. He can’t die. He’s tried killing himself, to no avail. Every time he wakes up the next morning without a scratch. All he can do is make toys. As more time progresses the workload increases and we see how the elves and reindeer come to be part of the team. More importantly, we see Nicholas realize that not every child deserves a toy. From there we see how the Naughty List is generated, and constantly updated. Children or adults, it doesn’t matter. The list generator knows about everyone. One day the unthinkable happens and the list generator is stolen. A few days later adults on the list start being killed. Dirty politicians, mobsters, and the like. Nicholas isn’t overly concerned until something more dramatic happens. Now Santa Claus is fully engaged.

For those of you saying, “It’s springtime. It’s the wrong time of year for a Christmas Story.” you haven’t met my wife. The decorations may not be up; but Christmas is in play all year long in our household.

I love how we get a realistic look take on Santa in “Naughty List”. Think about how it feels going a couple weeks without a day off. After nearly six hundred years the job would start to wear on anyone, even if you found yourself in the position because you wanted to bring joy to children.

The additional features at the end of the story were a nice touch. I found the list of rules to be very amusing. The reindeer names for the race at Antler Downs were nothing short of brilliant.

A recommendation from the owner of my local comic book store compelled me to pick this one up. The owner didn’t give any spoilers. He just told me that it was the different kind of story that would be right up my alley. He wasn’t wrong.

Coupled with the title, the cover suggests that the story is a crime drama of some sort. It creates intrigue without spoiling anything. The artwork is rock solid and helps sell it. Comic book covers are the clickbait of this medium. There are few that are better at it than this one. The difference between this and clickbait is you will want to read this book.

The artwork on the interior pages is the perfect complement to the story. It maintains a balance between serious and whimsical, all depending on what the panel calls for. I got a kick out of the elves.

As a geek on a budget I’m loving this story so far. “Naughty List” is quite possibly the best Christmas Story we’ve had since “The Santa Clause”. It’s “Bad Santa” without the pervert planning a crime spree. It’s everything that makes you love the meaning behind Christmas magic, even if it can be a bit monotonous for the guy in the red suit.