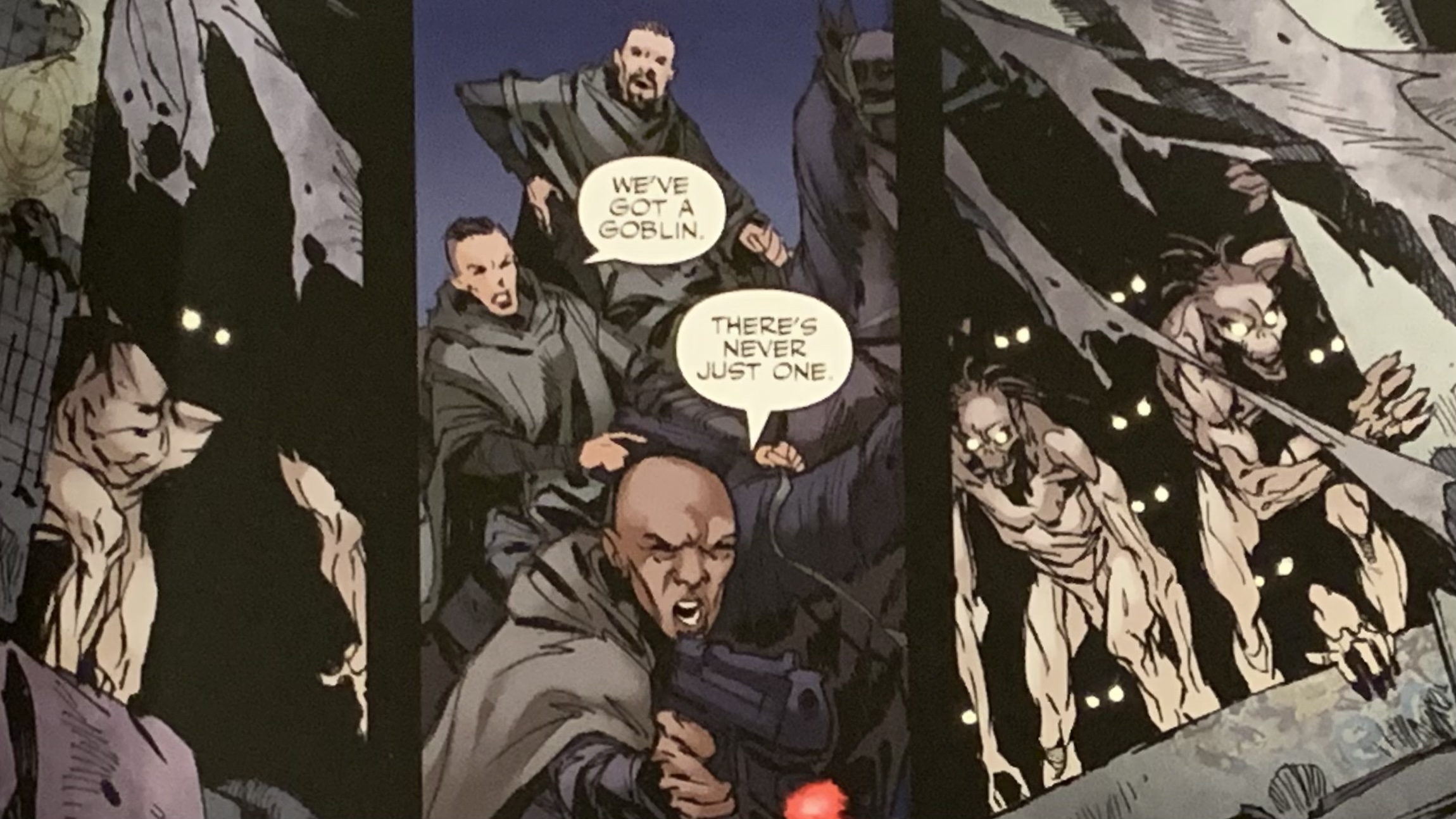 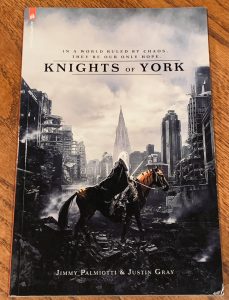 Book Description: “Knights of York” takes place in modern times in what we know as New York City. The monarchy is intact with Queen Elizabeth presiding on the throne of York. It’s a time of peace; but that is precarious. Tensions are rising between those with magical abilities and those who don’t possess them. When magic is used to detonate a bomb in Times Square the Queen’s knights must solve the case quickly before York is torn apart by civil war.

I found “Knights of York” in the used TPB section of my local comic book store. While I wasn’t familiar with the title, I was familiar with Mr. Palmiotti’s work from when he wrote “Harley Quinn”. I was curious to see what we get from him if we didn’t have an existing universe that characters were already set in. The book came home with me and a curiosity voyage began.

The story broadens horizons by giving us a taste of what it would be like with fairytale creatures and wizards in our modern world. We get glimpses of how wonderful it could be. We also see how some people will play on fear and hate to get what they want.

The story takes a bit to get its legs under it. Once it does we’re off to the races. We get a lot of action and drama. It reads like a Jack Ryan story. I was expecting the fairytale creatures to play a larger role. The parts they played did an excellent job of moving the story along.

This cover artwork captured my imagination instantly. The prospect of knights on horseback in a modern city piqued my interest. You can’t judge a book by its cover; but that cover plays a part in deciding which book someone will want to buy.

The artwork on the interior pages is well done. We get good lines and coloring. I was especially fond of the work on the last few panels. That left me wanting more.

As a geek on a budget I believe “Knights of York” is well worth the price of admission. With this title you get excitement, adventure, and a story that’s a break from the norm.