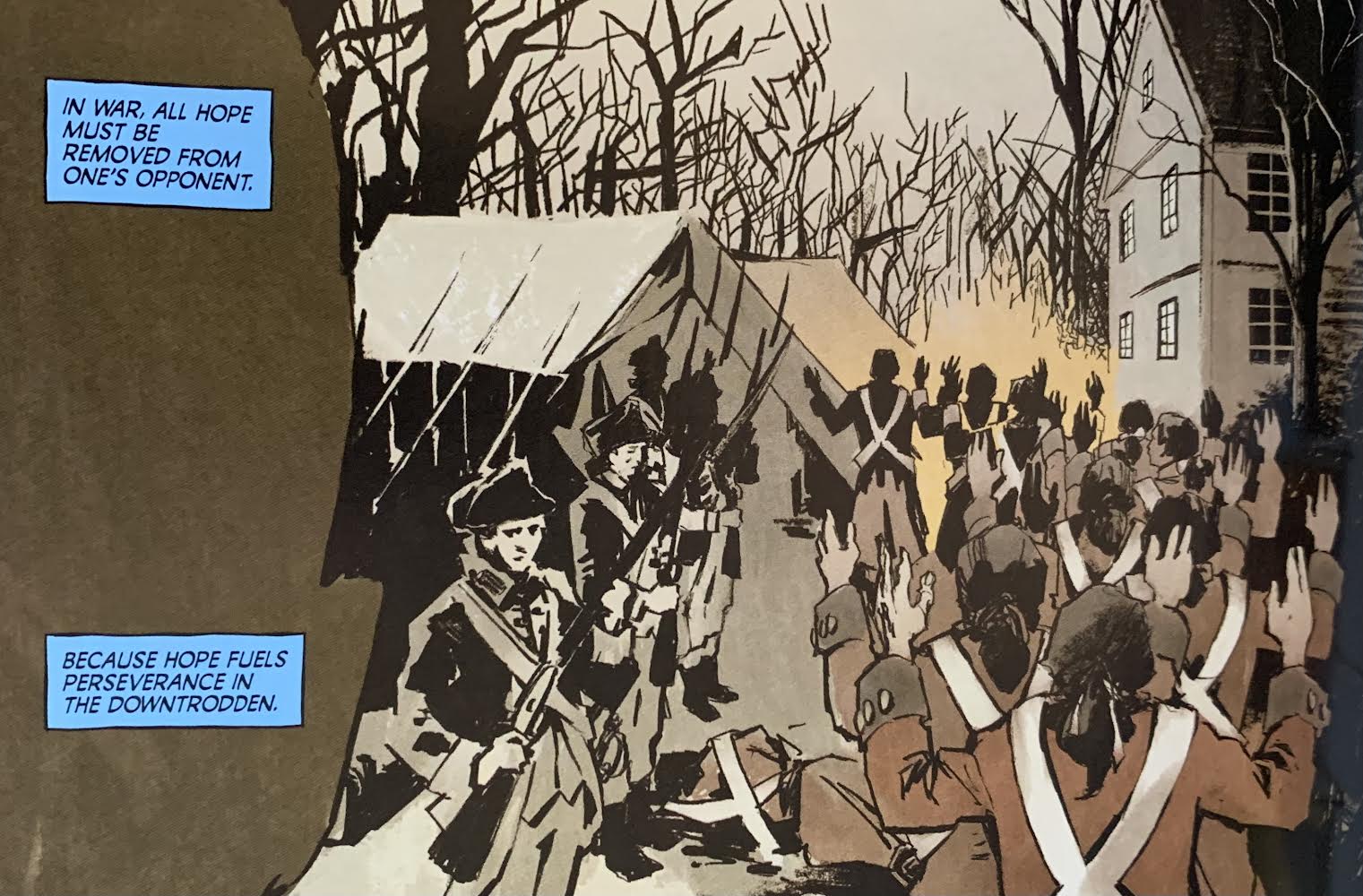 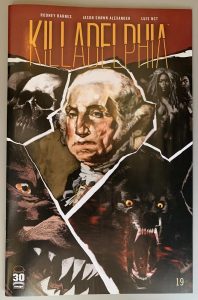 Book Description: The war for humanity wages on in Philadelphia. Against all odds, humans and werewolves are giving the vampires all they can handle and more. An observer with a military background observes that this is because they have hope. As long as there is hope and a belief that they can win the humans are unstoppable. See Saw is the focal point of this hope. As long as the humans have a vampire of his caliber on their side the flame of hope will continue to burn strongly. That is why General Washington is telling the vampires to eliminate See Saw with extreme prejudice.

I’ve been following “Killadelphia” since it first made an appearance on the shelves of my local comic book store in November, 2019. Every time I think we can’t get a higher level of intensity Mr. Barnes comes back saying, “Hold my beer.”

The pace of the 19th installment of this series is lightning fast. I was astonished to find myself at the end of the issue so quickly.

This issue leaves us with questions. What is Washington’s endgame? Where does his loyalty lie? What part does Sangster, St. still have to play? I’m very eager to learn the answers to these questions.

I was excited about this book as soon as I saw the cover. We’ve already had some of the most exemplary names in early American history make appearances in this series. I was instantly wondering where the story will take us when George Washington is added to the fold.

Mr. Alexander continues to roll out the hits with his work on the interior pages of this book. I can’t get enough of the modern look that he’s given these historic figures. Mr. Washington looks even more distinguished without the wig.

Now that we are this far along in the series there are those who are late to the party that have the belief that it’s too late to get start reading “Killadelphia”. Like many other titles that have had long runs, they think too much has already transpired and they won’t know who the players are.

As a geek on a budget I strongly urge those individuals to pick up the TPBs that contain all of the early issues. By doing so you can get caught up on the story without paying collector prices to do so.