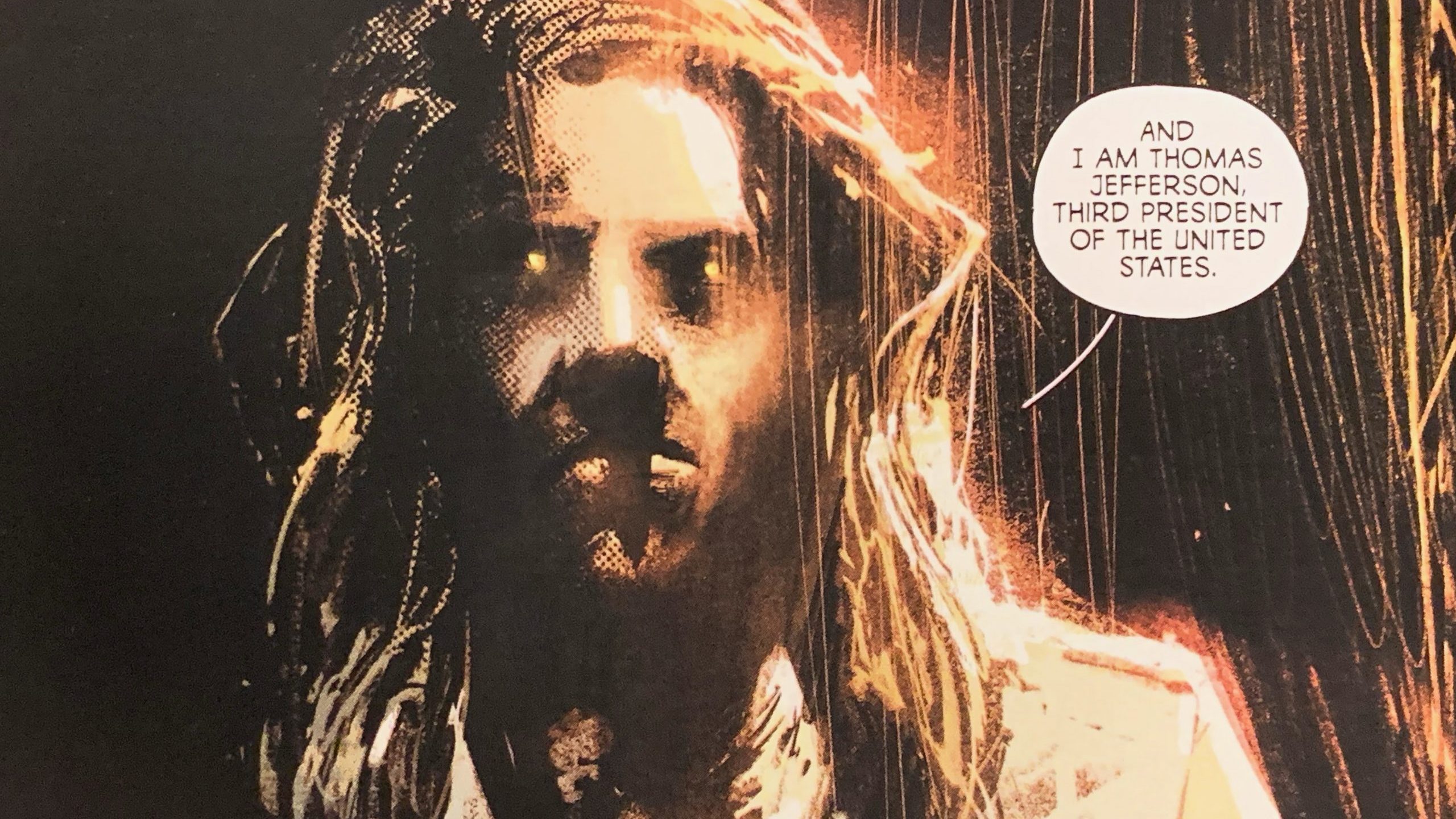 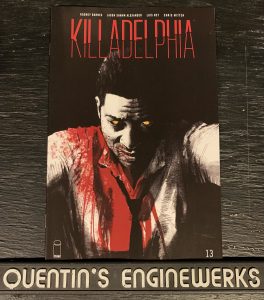 Book Description: The war between vampires and humans continues with the vampires taking some losses. The humans have suffered a key blow as well. James Sangster, Jr. has been bitten by Abigail Adams and is beginning to transform into a vampire. Elsewhere, Thomas Jefferson has decided to join the fray. What side will he be fighting for when the time comes.

We continue to get to know the key players and their motivations better. Abigail’s logic appears to revolve around how women were forced to spend centuries taking a back seat. That ends now.

If James Sangster, Sr. didn’t have a bone to pick with Abigail Adams and company about his death he certainly does about his son’s. Moving forward I’m curious to see how Sangster, Sr. gets his pound of flesh back.

The artwork on the interior pages continues to be great at meshing perfectly with the story. I especially liked the panel with Thomas Jefferson in the confessional booth.

I loved the contricion Thomas Jefferson displayed. Acknowledging that he and the founding fathers were responsible for setting the cornerstone for how African Americans would be treated in the United States because they were tucked away in the ivory towers of the elite was very moving.

It’s easier to like him more for this. Even so, upon realizing the severity of the problem he should have lobbied for something to be done before his death. To this day it stands as one of the biggest black eyes in American history.

I can’t get enough of the intensity that consistently comes with Killadelphia. Every time you think we’ve hit a crescendo Mr. Barnes seems to reach back and take things up another notch.

As a geek on a budget I believe that Killadelphia #13 is well worth the price of admission. This series belongs with Abraham Lincoln: Vampire Hunter, Interview With the Vampire, and The Lost Boys as one of the best vampire stories we’ve had in the past forty years.

If you’re late to the party the first two volumes of the TPB are available for purchase so you can get caught up in a weekend. You’re in for a treat as well as a unique perspective on America’s history during the formative years.