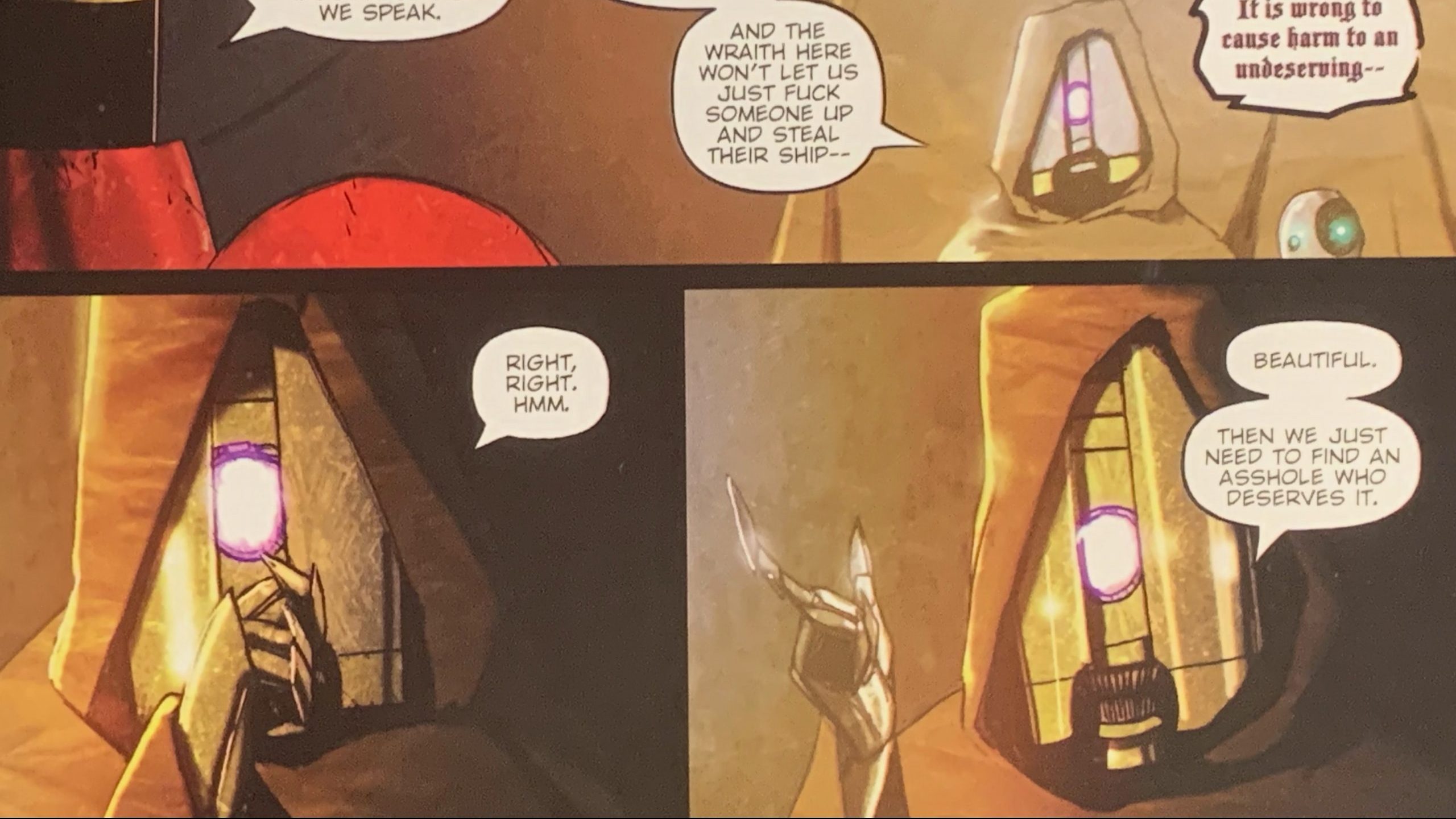 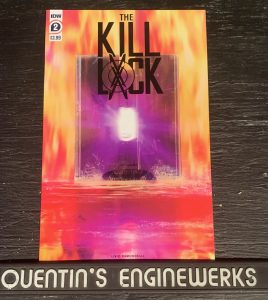 Book Description: In the second installment of The Kill Lock we get to go back in time to see the event that led to the Laborer getting his sentence. In the present day our unlikely companions find themselves on a planet of rogues looking for a female named The Axial. The Laborer takes the Child to a bar The Axial previously owned to get information. In the bar we learn from the Laborer that the Child’s offense was being incomplete. The superiors felt that the incompleteness would lead to a life of crime and believe that it warranted a death sentence. Understandably, the Child takes this information personally and goes for a walk. That walk leads to trouble… and losing an arm. When the Wraith sees what happened justice is swift and fair for the offending robot. Later the Laborer tells everyone that The Axial is on a planet called Hadrion, which the Wraith describes as ”a festering of heretics”. With their ship no longer a viable option, the Artisan finds a new ship for the gang to commandeer. There’s a small tussle followed by a large fire as our team of misfits steals their newest transportation. With the ship secured they are on their way to see what secrets Hadrion holds.

This cover reminds me of Neve Campbell and the movie poster for Wild Things. I liked the originality of it. The Artisan reminds me of Shockwave from Transformers in this portrayal.

There’s some action in this issue. Most of the focus was on building up the plot lines and taking a breath so we could get to know the characters better. After learning about the Child’s “crime” you have to feel for it. They truly are innocent.

The Artisan continues to remind me of Rocket Raccoon. I’m just waiting for him to say he needs some guy’s leg. The Laborer became much more relatable in this issue. He works a crap job that he hates. He made a mistake that cost the lives of many. He has to live with that, while trying to stay sober.

I have been a fan of Mr. Ramendelli’s artwork for quite some time. Everything on the interior pages is rock solid. I especially liked the panel when the ship takes off.

As I mentioned when I wrote about the first issue of The Kill Lock, as a geek on a budget I believe your best bet for getting the entire run is going with the TPB or digital comic route. Otherwise, you’re looking at paying collector’s prices on eBay or hoping for a lucky run in back issue boxes at your local comic book store.

The story is worth the price of admission, but Comic-Con season is upon us. If you can save a few bucks, still get the story, and have more play money for the Con that’s the route I’d take.