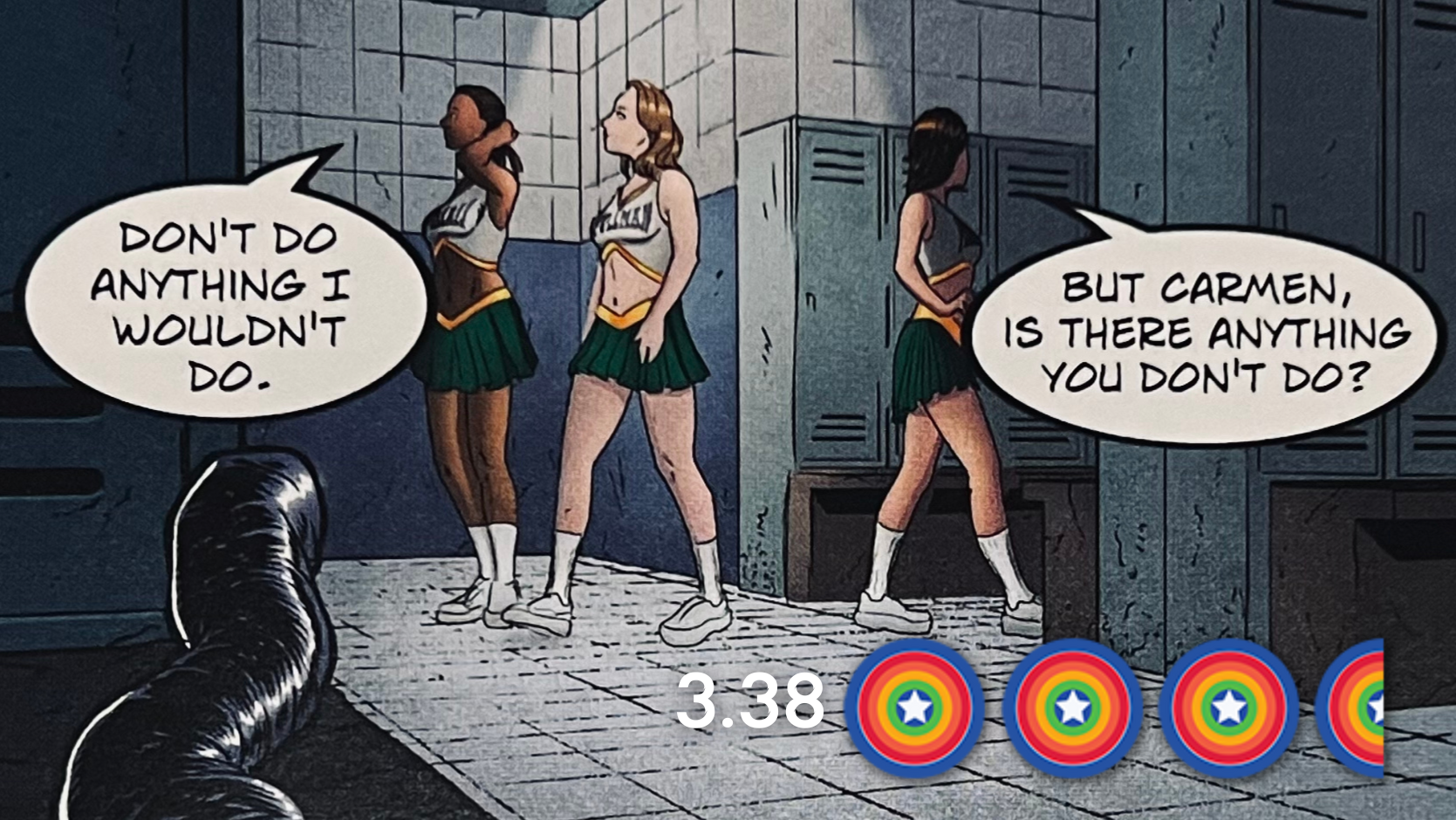 A meteor crashes into the campus of Pullman University. When it does, an alien organism that wants to decimate the human population slips out in search of prey. The first people it encounters are the girls on the cheerleading squad. The alien possesses one of the girls and turns her into a cannibalistic creature that has no recollection of the attacks she’s involved in.

“Flesh Eating Cheerleaders From Outer Space” made it onto my radar some time ago when there was a Kickstarter campaign for the first three books. I backed it. When the books arrived they went into a long box and were forgotten about. When I saw this book on the shelves of my local comic book store and made up for lost time.

With a name like “Flesh Eating Cheerleaders From Outer Space” you would expect this title to read like an 80’s horror movie. You would be right. That was why I bought it.

It was exactly what I had hoped for. We get a glimpse of life on campus for the girls. We see things go sideways for Brooke. In the aftermath, we see how life will never be the same for anyone.

I liked how the story moves along at a good pace while it unfolds. I would have liked a bit more character development with the girls. There will be time for that as the series progresses.

Over the course of this issue there are some adult situations that definitely earn a mature rating. Given that it’s not marketed at children, I’m okay with that.

The artwork on the cover works perfectly for the motif of this story. It has that nostalgic feeling from the horror movies of the early 90’s. The interior artwork is very well done. We get vivid lines and great coloring , especially in the library.

As a geek ona budget, I’d say “Flesh Eating Cheerleaders From Outer Space” is not for everyone. If you’re a fan of horror films that tiptoe the line between R and NC-17, and everything that comes with that, you’re in for a treat.

Preview of each TALES FROM NOTTINGHAM story!
REVIEW: I Hate Fairyland, Vol. 2 #1
Sponsor