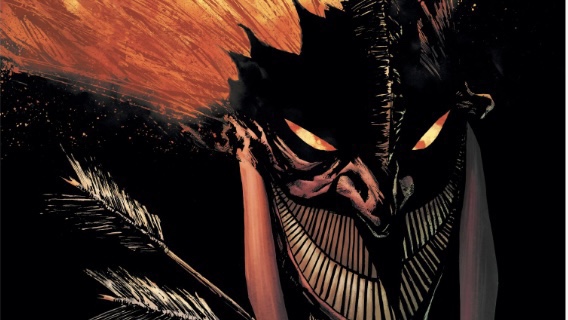 Legend has it that in April 1192, Conrad of Montferrat, the King of Jerusalem was felled by two assassins. It was later learned that this was an attempt to sow discord amongst the crusading nations by blaming the killing on Richard the Lionheart. One assassin was captured and died in captivity…The other escaped the Crusaders’ grasp. This is the story of Aya’s first assignment. This is the story of the day she truly became… Hashashin (Chronology: Takes place in April 1192).

Tales from Nottingham explores untold stories from the twisted universe of Nottingham, including the secret origins of Robin Hood and the Merry Men, Marian’s violent past, Aya of the Hashashin’s first kill, and an ordeal that will shake Friar Tuck to his core. Never-before-seen mysteries confront Everard Blackthorne, the Sheriff of Nottingham, culminating in an investigation that will lead directly into the climactic events of Nottingham Vol. 3

Tales from Nottingham #1 is now available for preorder on the Mad Cave Studios website and slated for release February 1, 2023.