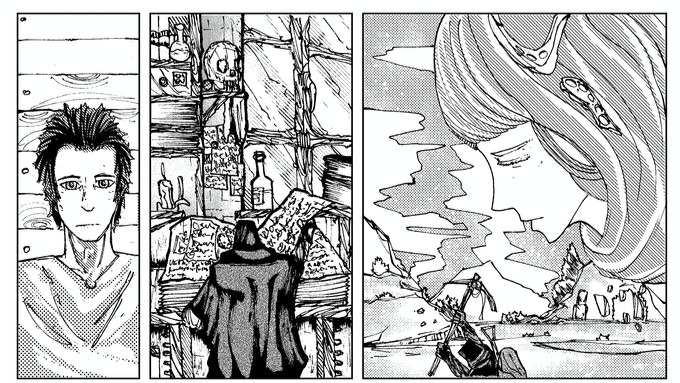 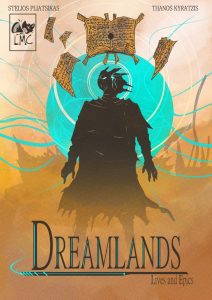 Book Description: In the dead world of DREAMLANDS, there is only one Human and all the stories left behind by the deceased. It is a world with many things to write about. As the last survivor of a magic-polluting catastrophe, Pernathoris, an archivist and wizard, spends his life doing just this: he collects everything in his book, the Ars Minastorum. He writes the stories of the dead and makes notes about the end. However, when every story comes together for the first time, a miracle commences...

Stories and dreams have always been intimately connected and Dreamlands is an example of how one feeds the other in an epic tale of adventure.

We follow Pernathoris, as he makes his way through the Dreamlands, a now-forgotten world of fantasy mystery, as he documents the tales of the past. Throughout the story, he is contemplating his position and purpose in the universe and by the end, he might have gotten an answer he could have never prepared for.

The concept is really neat, but it was hard for me to dig it out in the first read or so. I believe the addition of a prologue would have helped, there was a mild one, but more backstory was needed. It’s important to drop a reader into a fantasy world, but without a clear theme, it was difficult for me to fall in. The dialogue was sharp at times and had me laugh once or twice, but only guided me along, rather than pulling me in.

The interior art had a lot to offer. Some pages towards the end were really intriguing and kept me on them for a solid pause. That being said, doing a trippy fantasy story in black and white is difficult to pull off. Adding color could have certainly helped, even if it was only for SFX or as an accent. It’s in my opinion that if you are to go the black and white path for trippy fantasy stories, that every image and page should be very clear to immerse the reader.  Some pages were cluttered with lots of background and images and it was too busy at times.

The cover is cool, but it doesn’t tell me what to expect in the story. I need the cover to give me a pitch to give it 5 stars.

Book One lost points under mechanics because I found transitions as the story progressed abrupt and confusing and the lettering was difficult to follow.

With what Issue 1 presented, issue 2 is sure to be packed with mind-blowing fantasy!.

REVIEW: Not All Robots #1
REVIEW: Indiana Jones and the Spear of Destiny
Sponsor