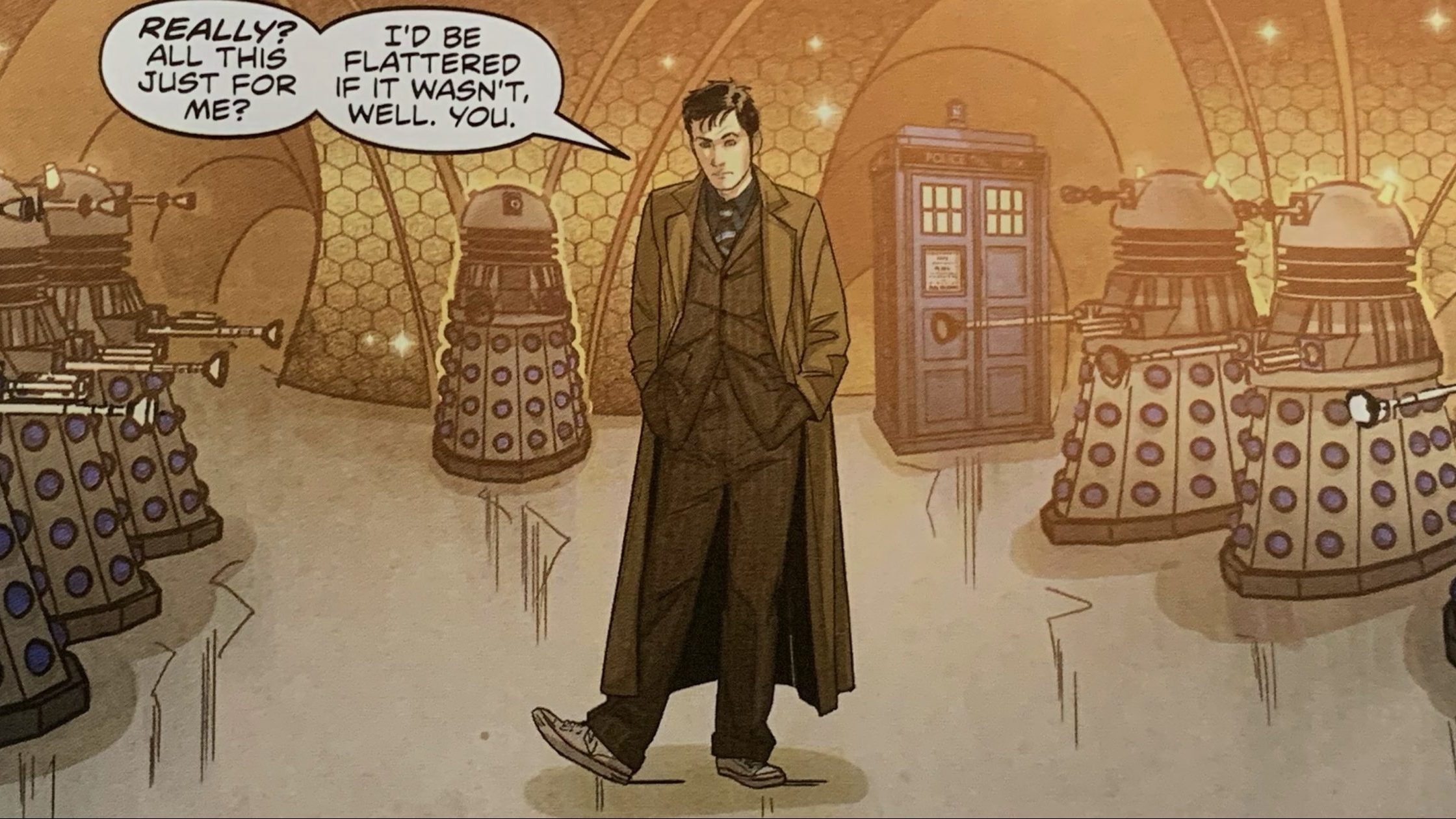 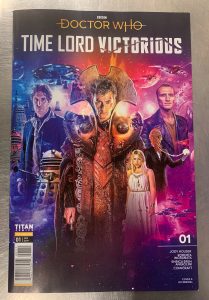 Book Description: After spending time with the 13th Doctor the 10th Doctor is trapped in a paradox. He has no recollection of his previous adventure or what led him to this point. The TARDIS has been affected as well. There are no read outs about previous locations to get pieces of the puzzle. Making things worse, the Daleks have pinpointed the Doctor’s exact location and have him outnumbered and outgunned. Fortunately for the Doctor, the Daleks are coming to him in need of help. A species called the Hond have stripped the Doctor of being the Daleks’ most fearsome enemy. The Hond were a species that was wiped out in the Dark Times; but in a paradox anything goes. The Honds’ love of destroying things makes the Emperor Dalek look like a Pting. The Doctor agrees to help his longtime foes. To do that he needs to know everything the Daleks have at their disposal for defenses. This leads the Doctor and the Strategist Dalek to the Vault of Obscenities, where the worst of the Dalek weapons are stored. The issue wraps up when our unlikely companions see the floor disintegrate beneath them and a Hond appears.

When I saw this cover the Whovian in me jumped for joy. A story that has the Ood, Daleks,multiple Doctors, AND Rose Tyler?! Yes, please! Sadly, they’re not all included in this issue. More on that in a moment.

What we do get is a very solid story that feels just like one of the tv episodes. The multilayered plot lines are a very nice touch. The dialogue for the Doctor is spot on. I enjoyed the style of lettering used for the Daleks.

The Daleks are very well done on the interior pages. The reader can easily identify the likeness of the 10th Doctor. We’re missing some of the Doctor’s classic facial expressions that made Tennant a fan favorite though. A touch more detail could help with that.

The biggest disappointment about this story that will have all the characters I love in it was the advertisement on the back cover. To get the entire Time Lord Victorious story arc  one has to go to the Doctor Who Experience (which is located in the UK), listen to audio broadcasts, buy two books, three issues of the Doctor Who Magazine, some other comics, and some Doctor Who merchandise.

Even if I lived on the other side of the pond, that’s an expensive ask for a geek on a budget. Sadly I‘ll have to pass on this series. I will look forward to seeing what adventures Jody Hauser and company come up with next!