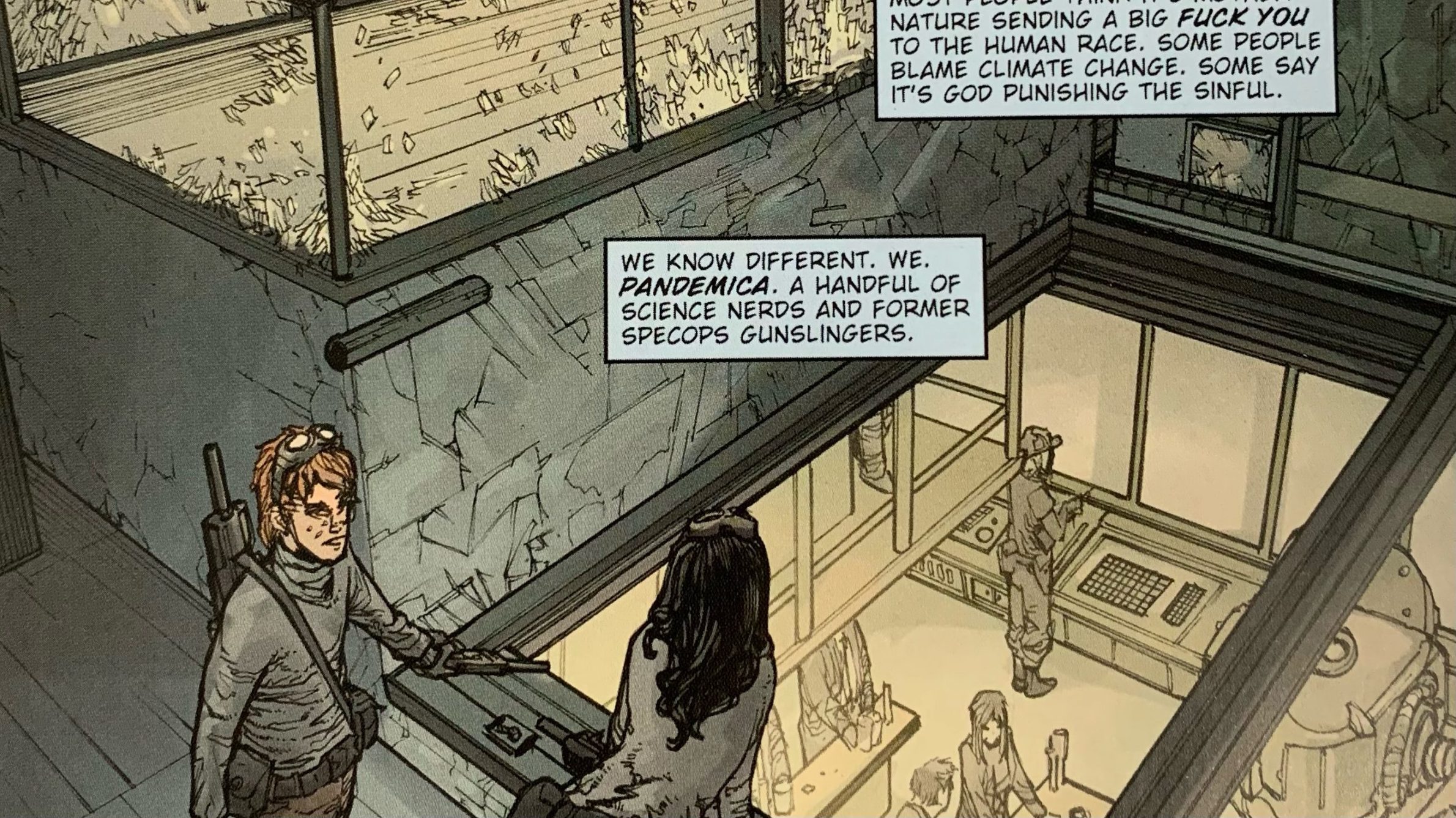 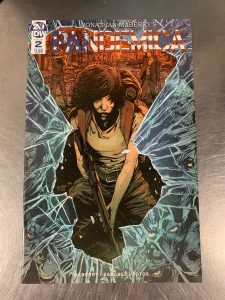 Book Description: New strains of Chikungunya, Tuberculosis, and Mumps are spreading like wildfire. In addition, genetic diseases like Tay Sachs and Sickle Cell have become communicable. While some are blaming climate change or an angry God, there are others that know the truth. They are Pandemica, a team of scientists and former special operations agents. They know an organization called ARK is behind it. Pandemica sends a team to ARK’s secret lab to get the physical evidence that can prove ARK’s involvement. The team captures and interrogates one of the scientists. That’s when we learn the true horror of what ARK’s scheme is. The scientist speaks about how Josef Mengele designed “Harvester”, a bacterial plague that specifically targeted Ashkenazi Jews. He goes on to talk about other viruses and bacteria that are designed to target an assortment of ethnic groups…. essentially anyone that isn’t Aryan. The scientist swears he wanted no part of this project. He was extorted into doing it by ARK. Before we can learn anything else he’s killed by a sniper. When the team chases after the sniper the building the lab was located in is blown up. Any physical evidence proving ARK’s involvement is destroyed. Elsewhere we see the key players in ARK discussing how the viruses are mutating with unexpected results and targets. Knowing full well the havoc it could cause the leader orders the release of a virus code named: “Bloodhound”.

I’m a bit late to the party on this one. Pandemica #2 was originally on the shelves of your local comic book store in November, 2019. I remember seeing and being curious about it. I also remember being wary of the cost of adding another title to my pull list. When I found a reader copy in an online auction I was all over it.

I’m kicking myself for waiting so long to get a copy. The premise is mind blowing, especially when you consider that this was written and published before COVID 19 stormed onto the scene. There’s a panel that comes very close to being spot on with what some of our political leaders were saying about the pandemic.

Moreover, the fact that as a species we have made technological advancements that make ARK’s diabolical scheme seem plausible is frightening as Hell.

Mr. Maberry creates a plot that puts the reader through a gambit of emotions. You’ll laugh at Chick’s one liners. You’ll feel nothing short of disgust for the ARK executives. The bad guys are truly a rare breed. There are few I’ve come to hate as quickly as these racist bastards.

Even without the language this one isn’t suitable for children. The artwork on the interior pages is very vivid and graphic. No punches were pulled. I like it!

I would have liked to see more character development. We don’t really get to know anyone on the Pandemica team in this particular issue. With this plot and the amount of action we get to see I think it’s a fair trade.

At the end of the day I believe that Pandemica is a title that kicks the reader in the groin and then twists their nipples to be sure it has their full attention. As a geek on a budget I strongly recommend checking it out!