Artwork: .75 Stars (The artwork in “Die! Die! Die!” continues to be good. There are some panels that aren’t as well done as I’d like. Others more than make up the difference.

Story: .5 (While it packs a punch and gives the reader an interesting twist it’s a drastic change of pace from the story we’ve come to know and love.)

Dialogue: .75 (The dialogue carries the brunt of the load in this one. The only editor’s notes are to let the reader know which round the fight is in. The dialogue handles the workload nicely, giving the reader the majority of the information needed.)

Mechanics: .75 (There are a couple places where this one gets a little choppy transitioning from scene to scene. Some editor’s notes would have helped for smoother transitions.)

Editing: .75 (The lettering was good. Even with the very wide turn this one took the story stayed within canon.)

The fate of the world as we know it is on the line in obscure fashion as President Obama enters the ring to take on all comers. Anita and Jennifer are adjusting to life without Connie and Barnaby being involved with the cabal.

While it’s not the Great American Novel, I found this book to be very funny. I loved the homage to the Superman vs. Mohammed Ali cover. Seeing a cameo of ALF was a nice touch. I also got a kick out of the depiction of one of the opponents in the ring. That Thing was “fantastic”.

Die! Die! Die!” is one of my guilty pleasure reads. There are times it has gratuitous violence and gore. If you can get past that you get a book from a creative team that isn’t afraid to pull any punches and tell it like it is. It’s definitely worth the price of admission. 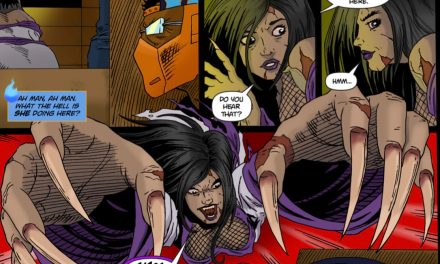 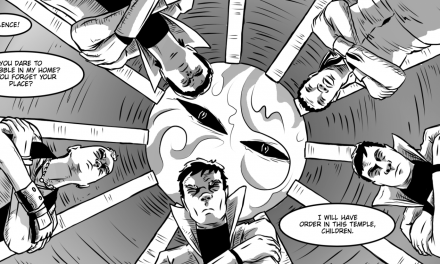 REVIEW: The Revelation of Novus Ordo #1