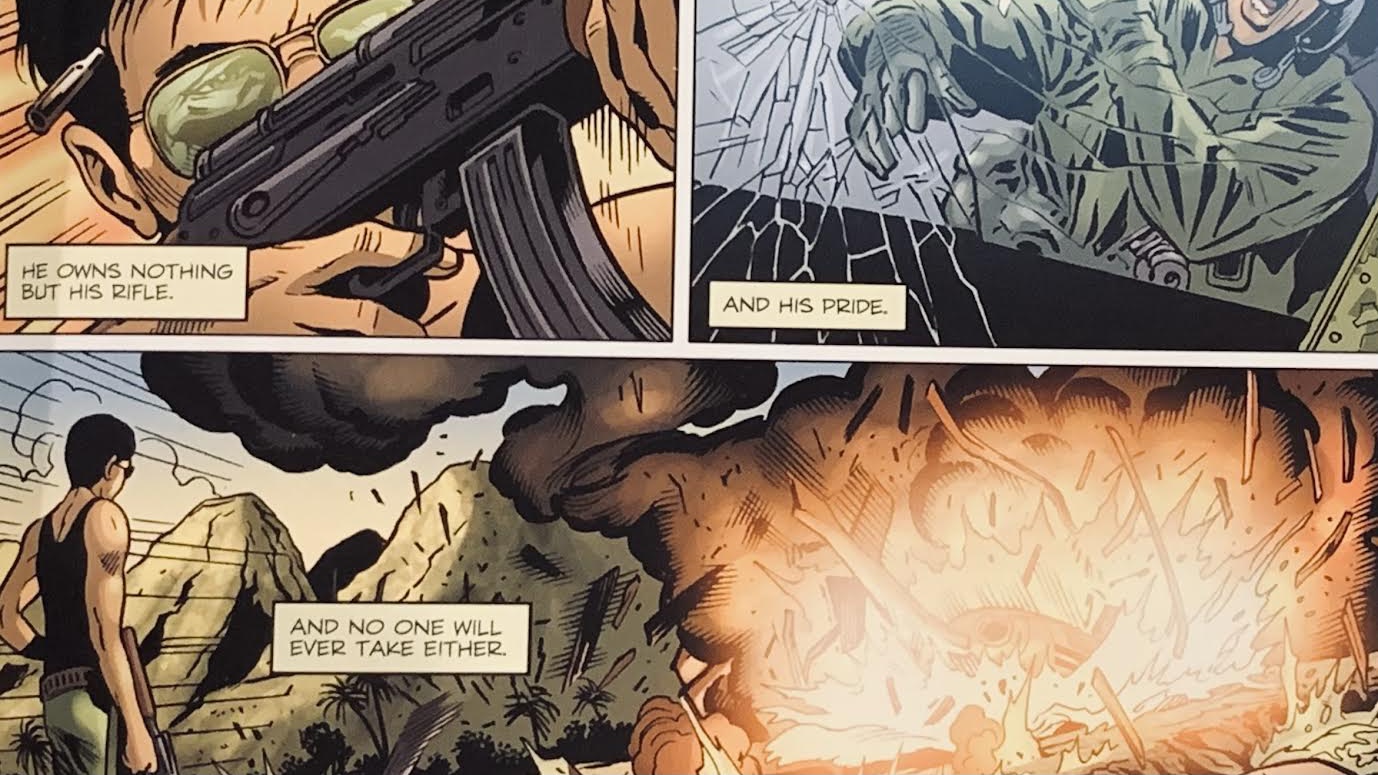 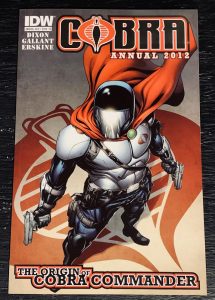 Book Description: “Cobra Annual 2012: Origin of Cobra Commander” takes us to Southeast Asia where we see a country ravaged by civil war. In the midst of this a child nicknamed “Tiger Eyes” is born. The child grows up working as child labor with guerilla warfare all around him. When the war ends, the drug cartels are the true rulers of the country. Tiger Eyes finds himself working for the cartel. As the years pass he becomes very good at his job. He’s the go to for almost any job: blind drops, collection, receiving deliveries, and being a hitman. Intended or not, Tiger Eyes draws the attention of Cobra. They like his style and ruthless attitude. Major Bludd and the Baroness try to recruit him. Little do they know they’re speaking with the future leader of Cobra High Command.

In comics an origin story usually means we get somewhere between three and eight pages of backstory. Then we’re brought back to the present time for the remainder of the issue. I love how we get a full issue dedicated to the origin story of one character!

Krake is so intense that he was the perfect candidate for this. It’s a shame we can’t get that with every character we’ve had over the years in “G.I. Joe”. There are many other worthy candidates who don’t get as much attention as they deserve.

I appreciate the way this story is easy to fall into, even if you’re not familiar with the franchise. Aside from a handful of panels with Major Bludd, the Baroness, and Storm Shadow (none of whom are wearing Cobra insignias), we don’t see any familiar faces. That was a brilliant move on Mr. Dixon’s part.

While I’m not overly keen with this particular style of armor, it doesn’t stop my ability to appreciate how good Cobra Commander looks on this cover. He’s fearless, he’s powerful, he’s ready to take on all comers. The detail and coloring are superb.

Gallant’s work on the interior pages is thrilling from cover to cover. We get crisp lines with fantastic detail. The coloring is vibrant. I was particularly fond of the panel with Storm Shadow in it.

You can find physical copies of this book on eBay starting at around $15. I love the story; but as a geek on a budget I would recommend going with the digital copy for around $4.00. You get all of the excitement while keeping a few extra bucks in your wallet.