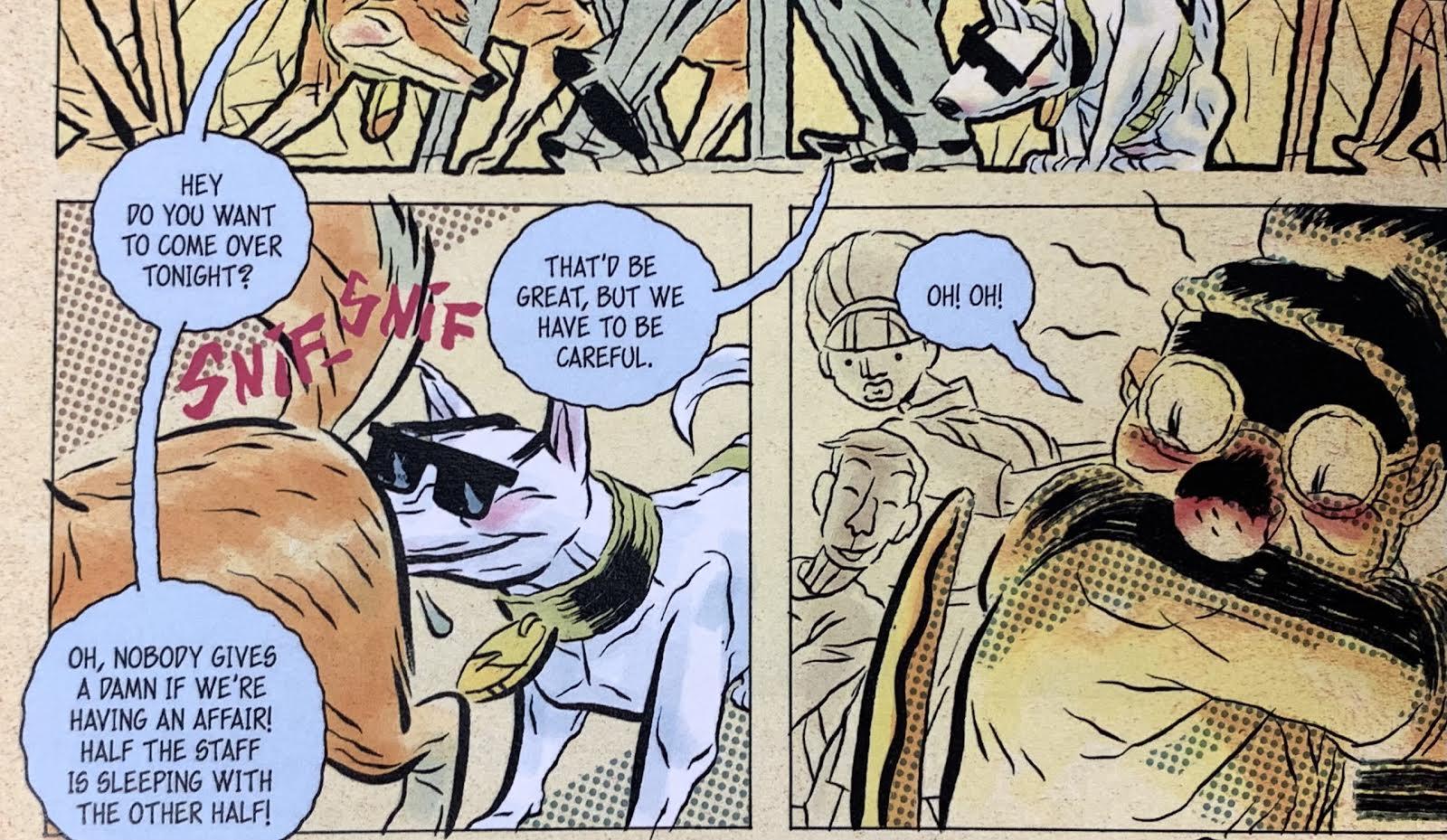 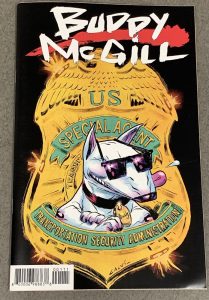 Book Description: Buddy McGill is the tale of a TSA canine and his adventures. We get to see what a typical day is like for Buddy. Some things are better to find than others. At a briefing the TSA officers are instructed to be on the lookout for a terrorist named “Lena the Hyena”. TSA intelligence being what it is, the only photo they have of Lena makes the old video of Bigfoot walking by a stream look like “The March of the Penguins”. With nothing worthwhile in visuals to go off of, Buddy and his handler are tasked with being on point for this assignment because intelligence reports that Lena wears a certain type of perfume. Will TSA’s intelligence be enough to help find the Hyena? Are Buddy and his handler in over their head? Will Buddy ever stop licking himself? Learn the answers to all of this and more in Buddy McGill #1.

Having worn the uniform of a TSA officer, this book immediately jumped out at me when I saw the cover. There were so many questions. Would it accurately depict life as a TSA officer? Would there be a real look at what the briefings occasionally feel like?

To a degree, yes on both counts. TSA officers get more information to go on than is portrayed in the story; but not by much. There were times I was instructed to do things that were “intelligence driven” that left me shaking my head in disbelief.

The book doesn’t dive into how much TSA officers sacrifice in the name of aviation security. They work godawful hours on their feet in a thankless job. If an officer is working the “day” shift they have to be in bed and asleep by 6:00 PM the night before if they have any hopes of getting eight hours of sleep.

When I worked that shift, it never failed. The nights I actually got to bed early enough someone in the neighborhood would start working on a vehicle and revving the engine or playing with a chainsaw. I was sleep deprived for a decade. Even worse, everyone with “normal” hours doesn’t understand why you can’t go to that get together that starts at 7:45 PM. You don’t get it if you haven’t worked airport hours.

The cover artwork is fun. I liked how Buddy took me down memory lane with an appearance so similar to Spuds MacKenzie. The artwork on the interior pages is perfect for the satirical nature of this story. It’s what you would get if Mad Magazine did a story on TSA. You get some laughs. Then you’ll realize the reason it’s so funny is that it’s true.

Buddy McGill isn’t the Great American Novel. I’m okay with that. He was great for a few laughs and looking back on some of the best and worst years of my life. Sometimes that’s all you need.