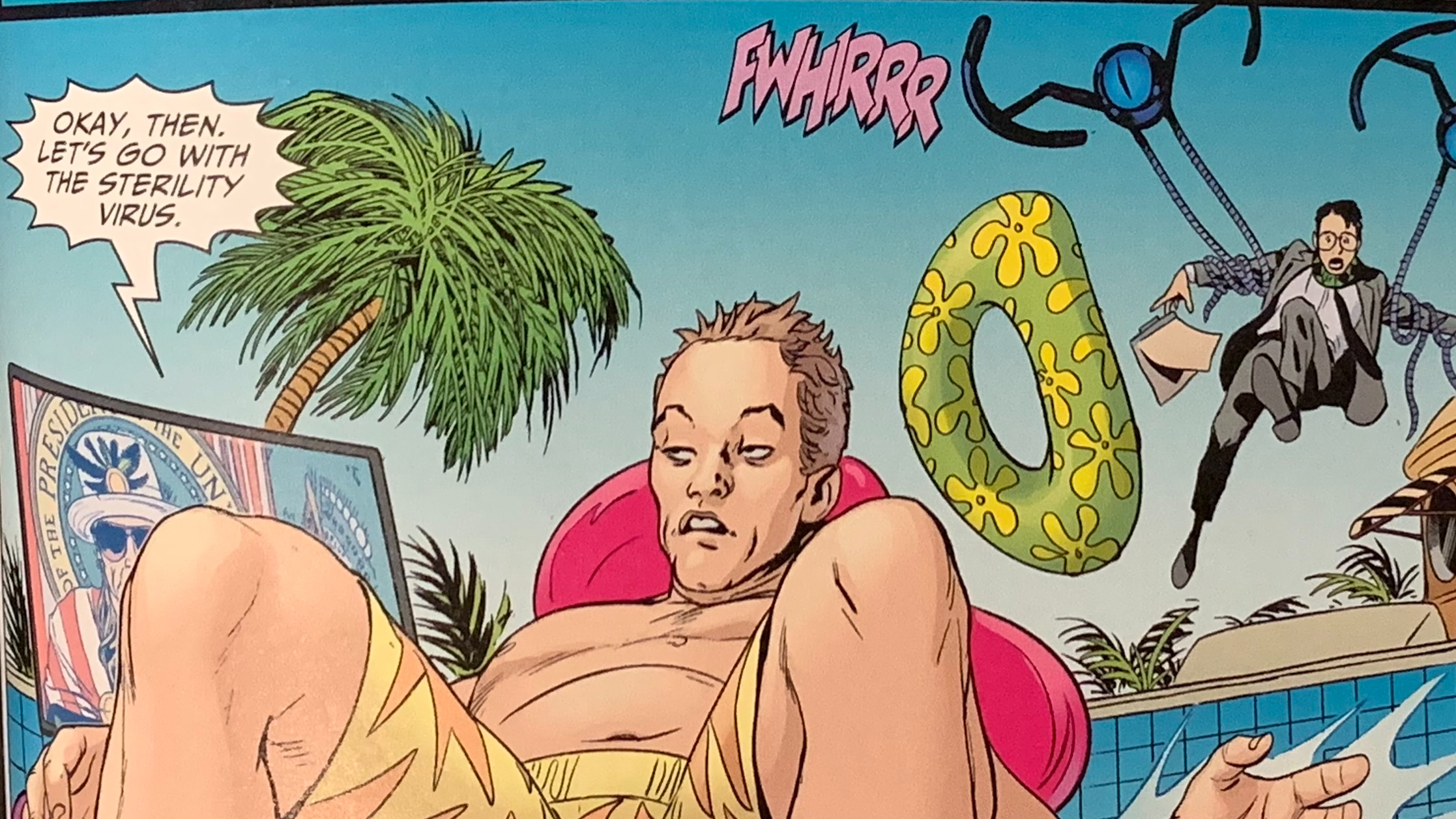 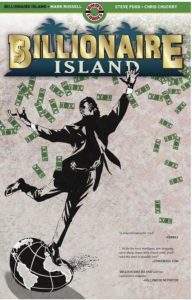 Book Description: The year is 2044. The world has become the doomsday scenario that people predicted it would in the early 2000s. No, it’s not because the planet has been ravaged by war. The human population is now over 10 billion people. A food shortage is inevitable.

Additionally, it turns out climate change is real. Sea levels have risen. What was once ocean-front property is now underwater. Island nations like Cuba have suffered the same fate. Immigrants have left these countries on anything that will float in search of refuge in the United States.

The loss of tropical farmland coupled with the influx of people has created even more of a squeeze on the food supply. A company called Aggrocorp Foods is trying to keep up with demand.

Unbeknownst to the public, Aggrocorp Foods is using its products to do some beta testing. The relief shipments they sent to a refugee camp in Angola were laced with a virus that causes sterility. Some of the individuals that consumed the food had antigens that caused the virus to mutate into a disease comparable to Ebola.

A man named Trent was working in Angola at the time. His job was to guard the shipments Aggrocorp Foods delivered. While Trent was guarding the shipments his wife and child were passing out the food Aggrocorp had provided.

When they weren’t working Trent and his family ate the food Aggrocorp Foods provided as well. Trent's wife and child had the antigens that triggered the mutation. They both died from the illness and were buried in a mass grave that was burned. Trent’s son died in his arms.

Needless to say, Trent has harbored a lot of anger towards Aggrocorp Foods. He wants the owner, a man named Rick Canto, to pay for what happened to his family. In the meantime, he’ll settle for a senior executive from Aggrocorp Foods.

That senior executive is a man named Corey Spagnola. Corey was the brain behind putting the sterility virus in the food. Trent tracks him down and demands to know where Rick Canto is.

Corey won’t answer the question; but Mr. Canto comes on tv telling the world where he is: Freedom Unlimited. After that Corey’s usefulness and life expectancy both drop rapidly. Trent kills Corey, assumes his identity, and books a trip to Freedom Unlimited.

Freedom Unlimited was the brainchild of Rick Canto. It’s a barge that is the size of a large island. It has a city, a golf course, and countless other luxuries. There’s even room for expansion!

The barge/island permanently stays over 100 miles offshore from the American coast. By staying in international waters the residents are not subject to American laws. More importantly, they’re not subject to taxes.

The residents love that last bit. Gaining residency on Freedom Unlimited is no easy feat. Canto wanted to ensure that only a select group could come to Freedom Unlimited. That group consists of anyone who has a net worth of more than $1,000,000,000 and a staff to run the facilities.

Shelby Bly is a reporter for the Miami Herald. She’s managed to get an exclusive interview with Canto. When the subjects of tainted food shipments and Angola come up Canto invites her out to Freedom Unlimited. Once there, Shelby meets Trent. She’s getting the scoop of a lifetime… if she can get off the island to tell about it.

My buddy, Lord Trekker, came across “Billionaire Island” during our adventures at Rose City Comic-Con earlier this year. Creators love seeing him at their booths. If he likes the premise of a story they’ve done he’ll buy a copy of everything he can get his hands on. I remember Mr. Russell got wide eyed for a brief moment when he realized how many books he had just sold.

Lord Trekker handed the TPB of “Billionaire Island” near the end of September. His exact words were, “You’ve got to read this”.

I told him that I would get to it when I had an opening in my reading queue. That tends to be my go to answer to reading almost anything that wasn’t my idea. If I have a stack of 150 books that I WANT to read waiting for me it takes some convincing to promote anything above it.

I trust Lord Trekker’s judgment. He introduced me to “Utopia”, “Good Omens”, and “Eureka”. I ended up loving all three of those. With his recommendation “Billionaire Island” received more consideration than the standard fare. After spending over a month in my backpack “in case time allowed”, “Billionaire Island” came out on a break at work.

Once I started reading it I couldn’t put it down. “Billionaire Island” is very easy to fall into. The character development is terrific. It takes about four pages to find yourself hating Rick Canto and the other residents of Freedom Unlimited. That feeling is not misguided.

This is a group of individuals that blatantly flaunt that they are above the law. While on the island the residents rape, kill, and enslave others without fear of retribution.

The “hamster cage” is a magnificent metaphor for life in America. We KNOW that the 1% is corrupt. We KNOW that their actions are destroying the planet. We also KNOW that overall they don’t give a rat’s ass about anything but the bottom line. Knowing these facts and being given the opportunity to change the status quo, people would rather stay in the cage and keep spinning the wheel. People prefer living in fear over risking reaching for the stars and potentially changing their lives forever.

This cover isn’t as detailed as most of its contemporaries. That doesn’t matter one bit here. The underlying theme of the book is put on display for all to see: People are quite content using our planet as a springboard if it means an opportunity to get money, even if it’s to the detriment of the planet.

I was very fond of the artwork on the interior pages. The detail on facial expressions goes a long way towards giving us a feel for the different characters in the story. The Chairman is perfect. I can see why the markets have become so volatile.

The copy of “Billionaire Island” that I read was a loaner copy. I liked it so much that after reading it I ordered my own copy. As a geek on a budget I can’t give much higher praise than that of the almighty dollar…. Especially when I had already gotten to see all of the content for free.

This is a series of six issues that are going to be somewhat difficult to track down in the wild. Online you’re going to pay collector’s prices for the run. I recommend going with the TPB. You can find copies of “Billionaire Island” in your local comic book store, bookstores, and online for around $15. It’s well worth the time and money. Enjoy!