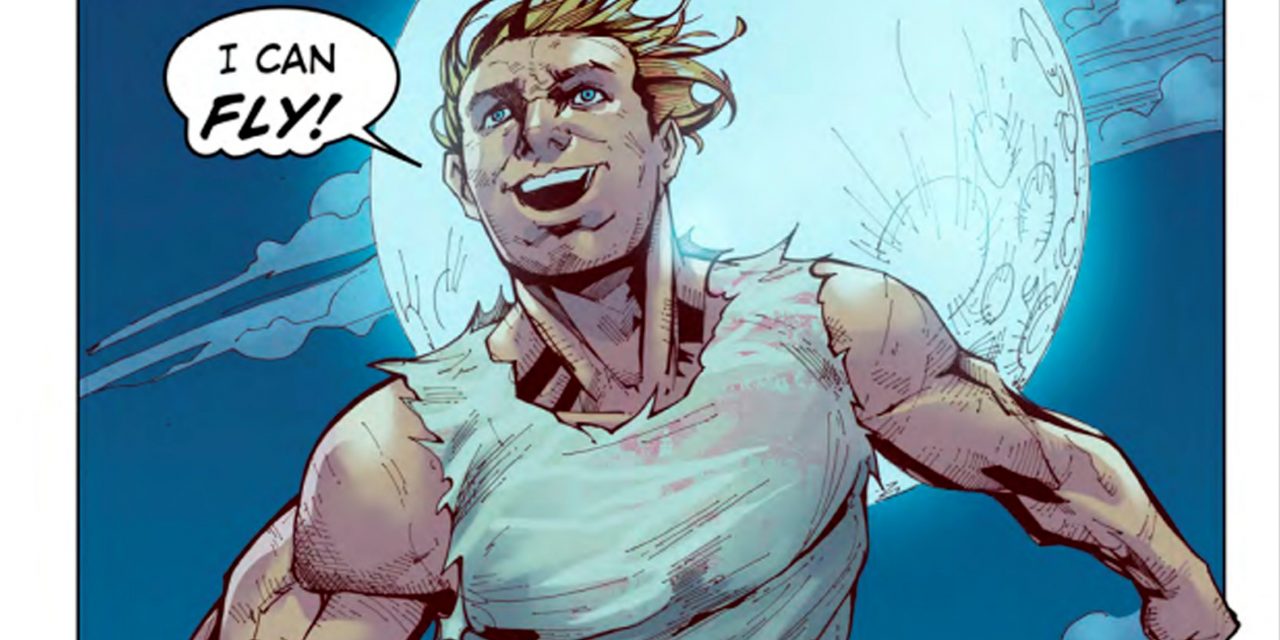 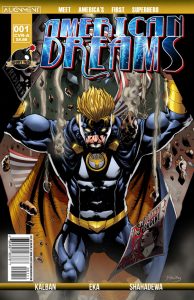 Book Description: Billed as an introduction to America’s first superhero the story is set in New York City in 1900. The protagonist Jake Gold is the son of a Jewish immigrant family. The tale is grounded in the harshness of life experienced by many at the time. A life of poverty, thwarted dreams, lack of opportunity, sweatshop labor, prejudice, and racial tension. Jake is introduced in his family setting with supporting characters who I’m sure will be key to future plot lines.

In parallel with the origin story of our superhero historical figures are interwoven into the plot, J P Morgan, Thomas Edison, Nikola Tesla (the latter indirectly). Their storylines and actions apparently completely unrelated at first come, at the end of the novel, to intersect with Jake’s actions to set in motion the chain of events that lead to Jake gaining his superpowers.

The novel ends with Jake experiencing his powers for the first time and also hints that at least one other minor character may have been similarly affected plus a gateway to Lovecraftian horrors having been opened, all of which builds nicely for future storylines.

In the congested genre of the superhero story the use of a header on the cover page stating  “meet America’s first superhero”  was a very clever way to stake a USP for this novel.

Of course, grabbing the reader’s attention in this way is one thing but there is then pressure on the story itself to live up to the expectations set. This was able to do well through a combination of a diverse and wide-ranging cast of characters, depth to the protagonist Jake’s personal circumstances, the richness of setting /backdrop for the story, and the pace of the storytelling. All these things combined to keep my attention hooked.

In particular, the pre-superhero life of the protagonist was well sketched out. It was economic in its telling but very effective in introducing a wide range of characters and painting a vivid picture of the NYC backdrop in which they all existed. The weaving of historical figures into the storyline was a nice touch and well done. It’ll be interesting to see if that is something that continues in future volumes.

The cover art is very well drawn. Jake is shown in his superhero state and uniform, in a suitable heroic pose. The coloring is nicely done and in particular, the way the brightness of the title graphics juxtaposes with the darkness of the scene is very effective

The internal art, though different in style is well done. I like the subtlety of the use of distance shots that help inform the reader when we transition from one element of the storyline to another and the action scenes are well-drawn.

One thing that didn’t work quite as well as some parts of the dialogue and the use of speech bubbles. This was particularly the case in scenes where there were multiple characters present all joining in a shared conversation. It wasn’t always easy to follow the flow of the conversation and I found myself re-reading some of these panels which took me out of the reading experience. There were odd instances of dialogue not reading quite right and again at those points it took me away from the enjoyment of the storyline.

Overall I enjoyed ‘American Dreams’ very much. It was gritty, taut, well-paced and left me eager to see how Jake’s story as a newly created ‘first American superhero’ would progress. 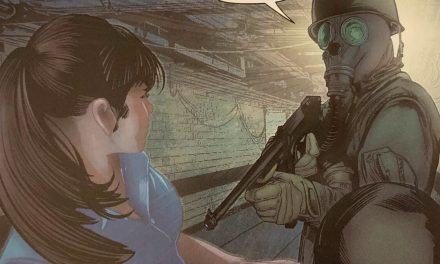 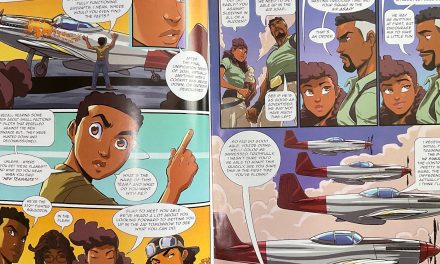 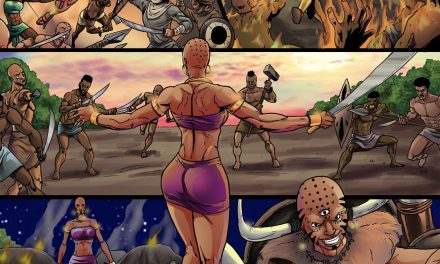