Home » News » Why I LOVE Writing

Why I LOVE Writing

Everyone loves escapism whether it is movies, music, video games, ya know…anything entertaining. Do you know what I love? Writing. You’re now thinking, “Wow, cool story you should publish that sentence bro.” Don’t tempt me, haha. No, but seriously I love writing and I find it to be a form of escapism. Since I was in middle school there was this thing that existed since the dawn of time and that is writing and little ol’ middle school I didn’t know much about it until I was given this one project in 7th English class.

Now, before this project, I did however write lyrics with a friend for a band we never actually did anything with besides 2 practices ever. But, back then I thought I loved music and that wasn’t true. No, the real thing I loved and still do to this day is writing. Those lyrics were pumped full of teenage angst and influence from the multiple bands I listened to back then and later transformed over time depending on the other bands and different genres of rock I grew accustomed to.

The writing was my escape and I honestly had no idea until this one project I was told to do in 7th-grade English class. My English teacher gave my class this project called a narrative story project. At first, I was shrugging it off as another homework assignment and wasn’t paying much attention to it at all. He told us that he only wanted 15 pages written in a composition notebook and back then I and the rest of the class thought that was a massive feat, but at least to me, it wasn’t after I grew a sense of awareness around the fact that I loved to write. So, we were given the project and a deadline like any other school project. I can’t remember the deadline date, but I believe it might’ve been like 2-3 weeks. Well from day 1 to the deadline I wrote, and wrote, and wrote some more. I didn’t do an outline because at the time I didn’t think my story was going to go anywhere. Oh, I was so wrong.

My story was called Locked In. It was about myself and a few friends that got locked inside a sort of failing mall which still to this day that mall is limping on its last few stores’ profits. After we were locked inside we made it a game at first to play hide and seek. Seriously, the story is just some kids playing hide and seek in a mall, but it takes a crazy turn. I knew the story needed an antagonist that gave the story real purpose. I found that by creating this security guard character named Bob. Now, Bob was just trying to do his job and round up the kids to get them out of the mall and they were just causing him problems and he already wasn’t having the best night himself. It escalated at the end and the security guard wanted to kill them for all the trouble they caused. It ended with them having to defend themselves until morning. Remember when I said this story was supposed to be 15 pages? Yeah, well it ended up being 83-84 pages. I filled the notebook with this story. So, it ended with me getting extra credit and I developed a passion. A passion to write.

Now, recently (2020) when I released this story on Amazon I altered a bit of the story because I had to write it from memory because the story was scratching at my brain, and wanted to be out. See the thing is years later after high school my mom was doing some spring cleaning and she even asked me if I wanted to keep that notebook and stupid me told her I won’t need it anymore so she threw it away. Flash forward over 10 years later and the story still was on my mind because I held it close to me. Why did I do this? Locked In was the first short story and honestly the first story I ever wrote. The new version is around 20 something pages because I gave it a bit more mature attitude and I wasn’t able to remember every detail from the original. I also tweaked the Bob character a little and changed him to be a serial killer that was wanted, but no one knew it was him and my friends and I in the story figured it out.

So, because of this project, I found my passion. I seriously can’t thank my teacher enough for this. Also, it was pretty cool that other people in my class wanted to be added to my story after they heard I wrote way more than 15 pages and I was including people I was friends with within school. I had a thought last year while rewriting Locked In and it was that if I never was given that project would I’ve even found my passion? If I never had to do that project would I be lost right now like the hundreds of thousands throughout the world? My story Locked In ironically unlocked something inside me. Though years after high school it laid dormant until I found the key to unlock that part of me again.

Greg Moquin, is a comic book writer and owner of SeerNova Comics LLC 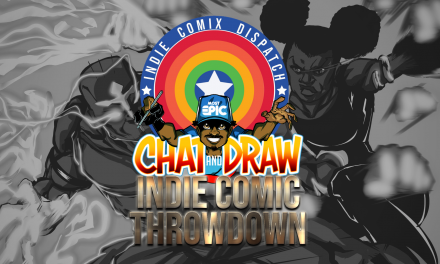 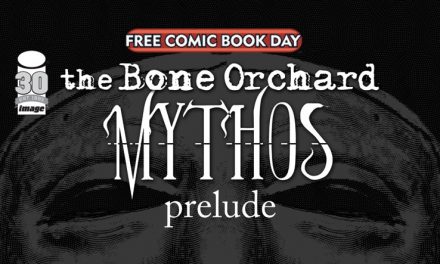