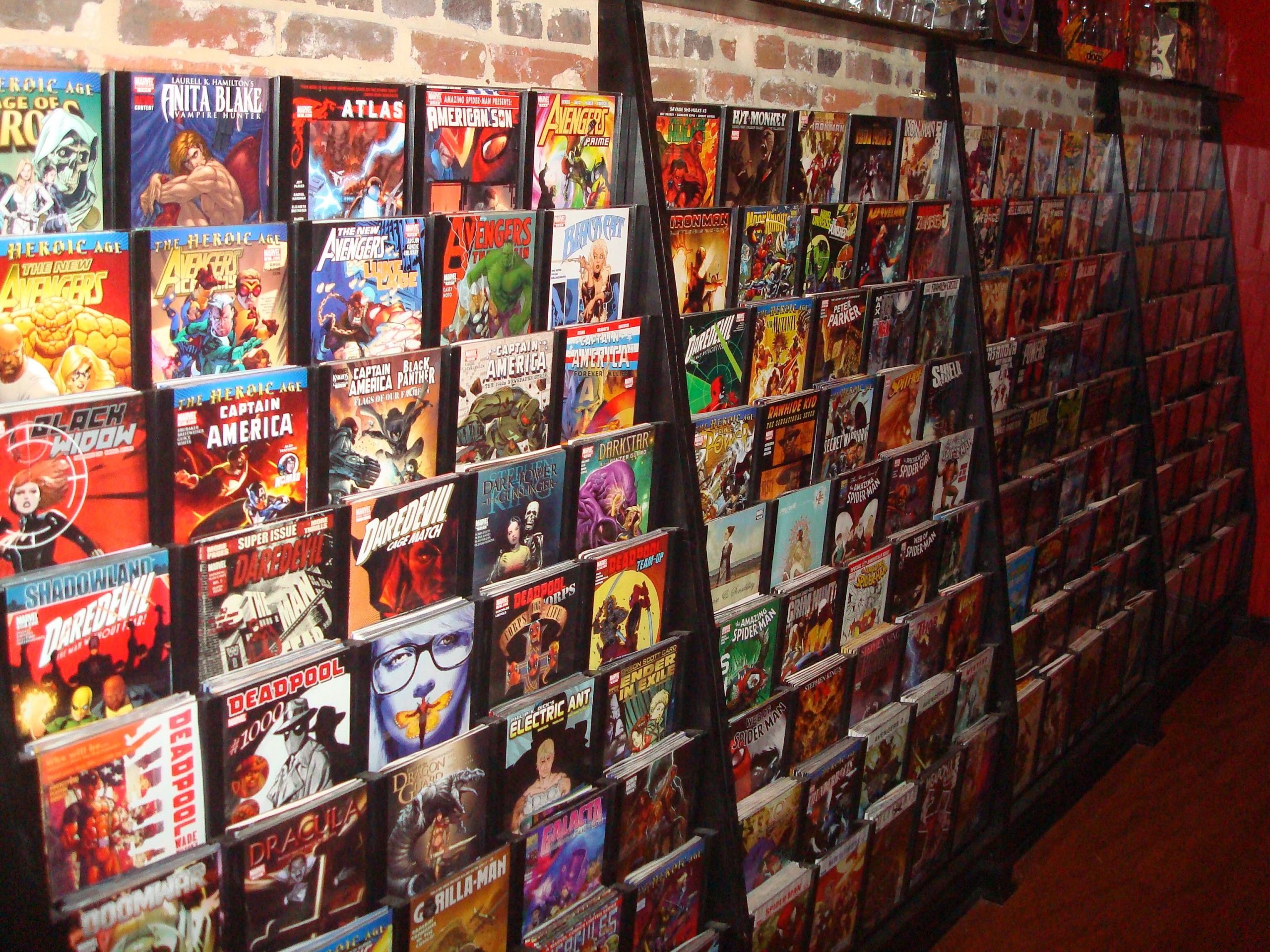 As a follow-up to our previous article on what comic shops actually look at before carrying your indie title, I reached out to some of the comic book stores in the Inland Northwest to see how they felt about having a small press publisher’s books on their shelves. There was a broad spectrum of results.

Merlyn’s is centrally located in downtown Spokane. Merlyn’s is a great place to go for D&D, tabletop games, deck building games, Warhammer and your other gaming needs. They also carry a wide variety of comics, including a lot of titles that are not from the big two. Fun fact, Merlyn’s is the longest running comic book and gaming store in Spokane. With so much history I thought they would be a great first stop on my curiosity voyage.

When I asked the owner about having a small press publisher put their titles on his shelves he said, “Absolutely not. I’ve tried it in the past and the books don’t move. Even if it’s labeled as a local creator in a special spot by the register, those books don’t sell. I have about twenty different books like that in my back issue boxes. At this point I won’t even take those books on consignment.”

He went on to say that anything that the store can’t get directly through Diamond or Penguin/Random House is going to have issues. Backing a Kickstarter means having to wait and hope that the campaign is fulfilled in a timely manner. If he has to reach out to a creator with additional books available, he has to deal with shipping costs from a private seller and the cost of the book.

The next stop on my curiosity voyage brings us to Leavenworth, a Bavarian-themed hamlet in Central Washington at the edge of the Okanogan-Wenatchee National Forest. It is a quaint town that has a variety of different shops for tourists to peruse. One of those shops is Krampus Kave, the local comic book store. Krampus Kave doesn’t have the luxury of having copious amounts of floor space. As a result, they don’t have much room for back issues of comics. They do have a great assortment of newer titles and figures

The last stop for this curiosity voyage is in my stomping grounds. Monkey Biz is nestled in the Logan neighborhood on Spokane’s north side. They have a wide assortment of comics, action figures, and games along with a staff that will help you find anything you’re looking for. They’re happy to order anything you may need if they don’t have it in stock. I asked Ken, one of the co-owners, his thoughts on having small press publishers putting products on the shelves. He told me that he is very amiable about having their titles in the store. In fact there is a table set up just for small press publishers. He does have a few criteria though:

All said, it was an interesting and educational voyage. I learned a lot and hopefully, some of these nuggets of knowledge will help you out when you’re trying to get your book on the shelves!