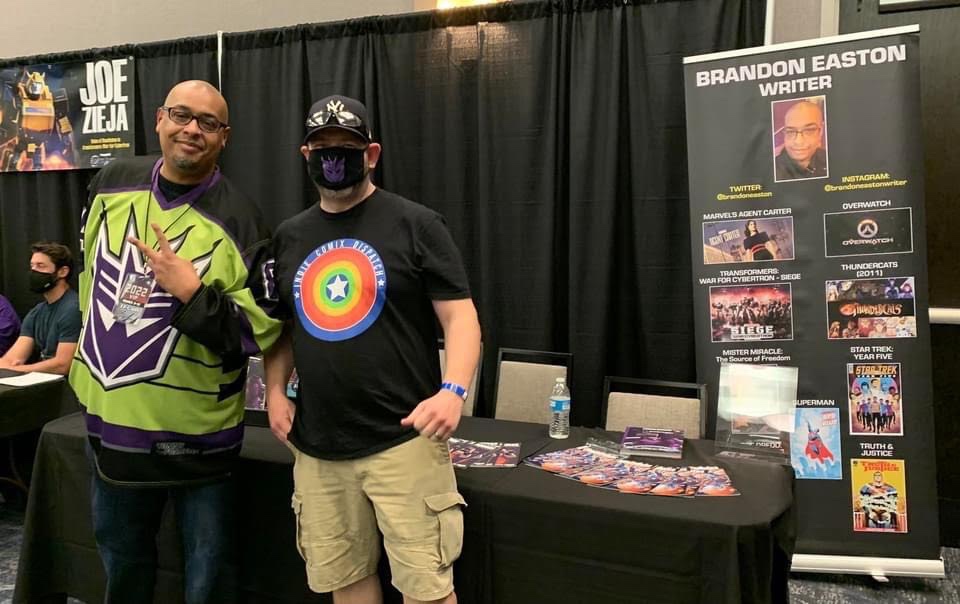 It’s Sunday morning and Lug Nut and I are both feeling the effects of the previous night. While we had not forgotten about daylight savings time, we had underestimated how crucial an extra hour of shuteye can be. No matter. Hit the showers and we’d be invigorated and ready for whatever the con had in store for us.

It didn’t occur to us that many of the patrons of the hotel that had already been awake for a couple hours may have had the same idea. The hot water heater was tapped out. The water never got warmer than what you would find in a ”heated” swimming pool. Coincidentally, I don’t think I have ever taken a faster shower.

I have mixed emotions about Sundays at conventions. By then I’ve probably seen everything I wanted to at least once. There usually isn’t much new hitting the shelves that day. If anything, the reverse is true. Vendors are slowly packing their wares to prepare for when the day is over.

Sundays are a great day for negotiating prices with vendors. In most cases they would rather sell an item at a little more of a discount than pack it back into storage.

I wandered the floor looking lustfully at a few higher end figures. Try as I may, I couldn’t justify $250 on a figure at that moment. I could justify $20 on a Megatron figure and $12 on a Shockwave Funko Pop! figure. With those purchases I was done shopping at TF Con: Los Angeles 2022.

Lug Nut was on a quest for one particular figure that he’d seen the previous day. After scouring every booth it could possibly have been at, he admitted defeat. It was gone. However it was not forgotten. He had a model number so he was able to go online and order the figure he wanted.

I highly recommend this tactic for several reasons. First of all it keeps you from making an impulsive purchase at the event. Secondly, if it’s a larger item you’ll save a ton on shipping/extra bags by letting the seller deal with shipping. Most places have free shipping when you’ve spent over a certain amount. Plus you don’t have to worry about creating room in a suitcase. Third, you don’t have to carry the item around all day at the event.

Once we bid a fond farewell to TF Con: Los Angeles we still had a few hours that we could use to go exploring. Some of my friends had suggested we look into a couple of other comic book stores while we were in town.

The first comic book store we went to on Sunday was called the Perky Nerd. It’s a very clean store with a lot of space in the back area. I suspect that space is utilized for gaming. Their selection of back issues wasn’t as large as hoped. Their buck boxes more than made up for it. I found a few books there to help fill in some runs I’ve been working on.

From there we moved on to Neil Adam’s Crusty Bunker. This shop was more akin to what I’m used to. They had a good selection of new books. The selection of back issues was decent. Once again I found myself having a field day diving into buck boxes. I came across some later issues of the original “G.I. Joe: A Real American Hero” in there. The books showed signs of wear. I’m okay with that. These were picked up to be reader copies.

Our geek exploration concluded there. We grabbed lunch at a pizza place in downtown Burbank, topped off the gas in the rental car, and headed to the airport. It was an amazing adventure; but our everyday lives called us back.

Before you get to the airport be sure you are arriving on a full stomach or have brought something to eat. When I was waiting for my flight, which had a lengthy delay, my food options were limited to $25 for a premade sandwich and soda or an extremely overpriced candy bar. There are much more affordable options if you plan ahead.