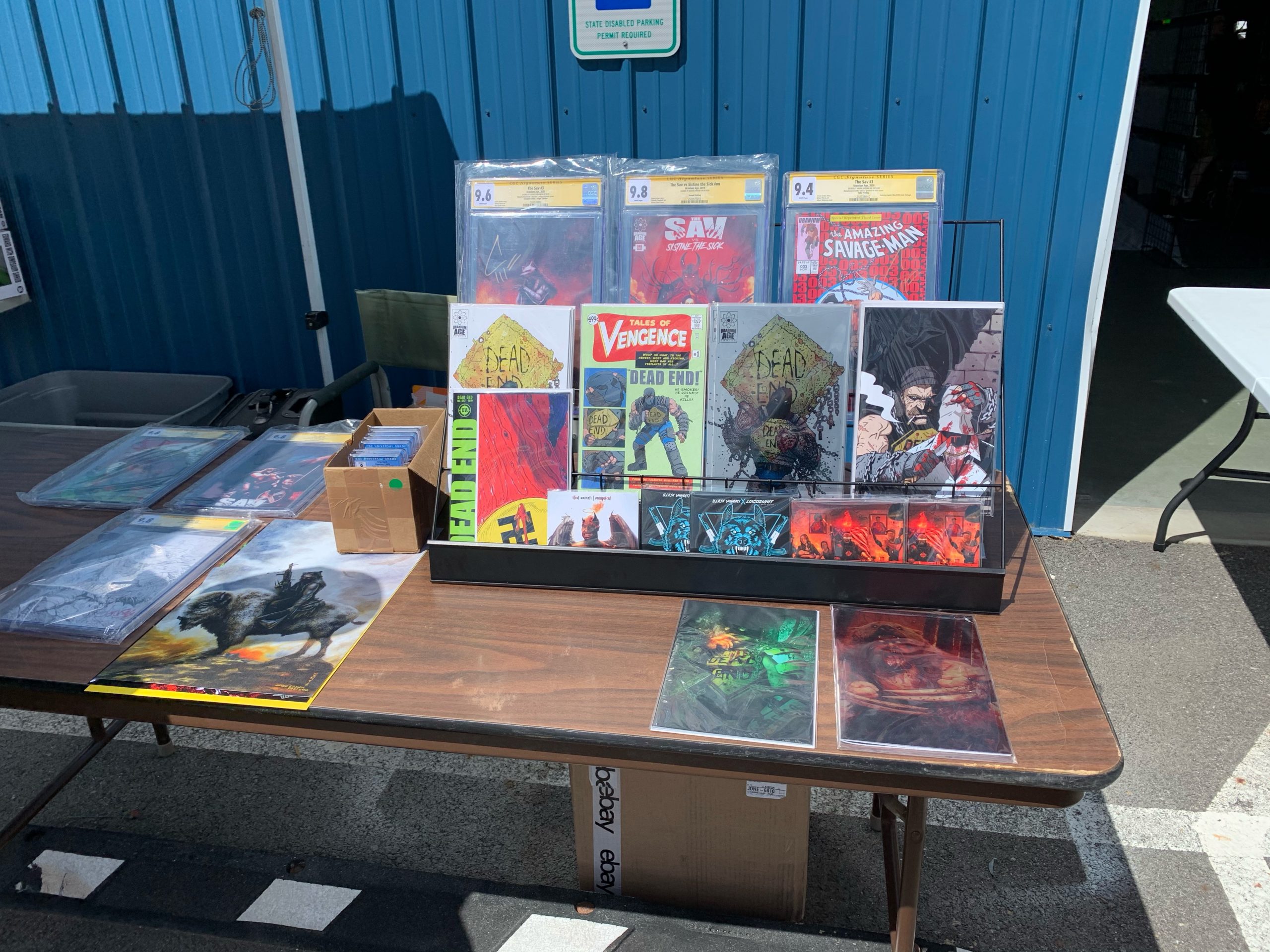 This weekend I made the trip to Post Falls, ID to check out Vendor-Con. (Yay, a geek shopping trip in the name of investigative journalism!) Before going too far I’d like to explain a few things that make Vendor-Con unique. It is not your typical con. For starters, there’s no admission fee. Even the small cons charge you a $10 cover charge. You don’t have to worry about that here. Nor do you have to pay for parking. Before I walked through the door I was already at least $15 ahead. That makes this con aces in my book.

Vendor-Con takes place approximately every three months. When the con isn’t taking place the vendors have their booths set up and the facility is a vendor mall that is run like a consignment shop. There are some treasures to be had during normal operations; but the gems come out to play for the big show. At one point I was holding Iron Man #1, Avengers #57 and #43, Amazing Spider-Man #31, #86, and #89, as well as a newsstand Spawn #1… at the same time. All of these books had very reasonable price tags, too.

This con doesn’t have much in the way of cosplay. The closest you will get here is some geeks in comic book related tee shirts. If you’re looking for an artist alley you’ll find that is missing as well. Javan Jordan was the only artist/writer present for this event while I was there. I did talk to him for a few minutes about homage variant covers and picked up a copy of his book, Dead End, which had an impressive homage to The Watchmen #1 on the cover.

The comic book portion of the sales floor rivals Emerald City-Comic-Con. They don’t have the huge booths from Dark Horse, Zenescope, etc. They also don’t have a line of twenty people hoping to get that “exclusive con variant”. For being in a relatively small building I was very impressed with the selection. There were boxes everywhere for collectors to dive into in search of treasure. When I came up for air I had three silver age Amazing Spider-Man books, an X-Files book, and a reprint of Iron Man #55 in my hot little hands. I also snagged a Funko Pop! figure to add to the collection.

The honor of the most impressive wall of “key” books goes to Brad Allen of Evolve Comics and Collectibles. They had graded copies of the first appearances of Venom, Black Cat, Punisher, Black Panther, Juggernaut, Thanos, Rocket Raccoon, Cable and Taskmaster to name a few. All of the books displayed had grades of at least 4.0. The majority were 5.0 and up. The geek on a budget in me had to walk away before getting into serious financial distress.

Rob, a.k.a. “The Man Behind the Comics” and one of the founding fathers of Vendor-Con, made a sweet deal with me to make up for purchasing a stack of books right before he had a sale a couple weeks ago. He also let me know that he’s still trying to track down the G.I. Joe book I’m desperately searching for to complete my run. He’s also hooked me up on a book by referring me to another seller. That doesn’t happen much in this day and age.

Travis Naught is another vendor that has a permanent booth at the Vendor Mall. He seems to know all the customers in the area by name and is happy to make a deal with anyone that is buying more than one item from him. When I showed up he had a copy of Detective Comics #783 waiting for me. When I saw him three months ago I had asked about this book because it was one of six missing from my run going back to the mid 80’s.

More than that is watching the joy on Travis’s face as he helps his customers. He was more excited than the customer that won the raffle when he gave away a Marvel Premiere #47. Any show I’ve seen him at it’s like watching the man hold court with his fellow geeks. He loves comics and wants everyone else to love them just as much.

While you might not get to rub elbows with a lot of writers, artists, or stars of the screen, Vendor-Con is a collector’s paradise. If there is a book you are on a quest for this should be your first stop. If the gentlemen running the booths don’t have what you are looking for they will either find it for you or point you in the right direction. I’m eagerly anticipating the one coming up this fall.