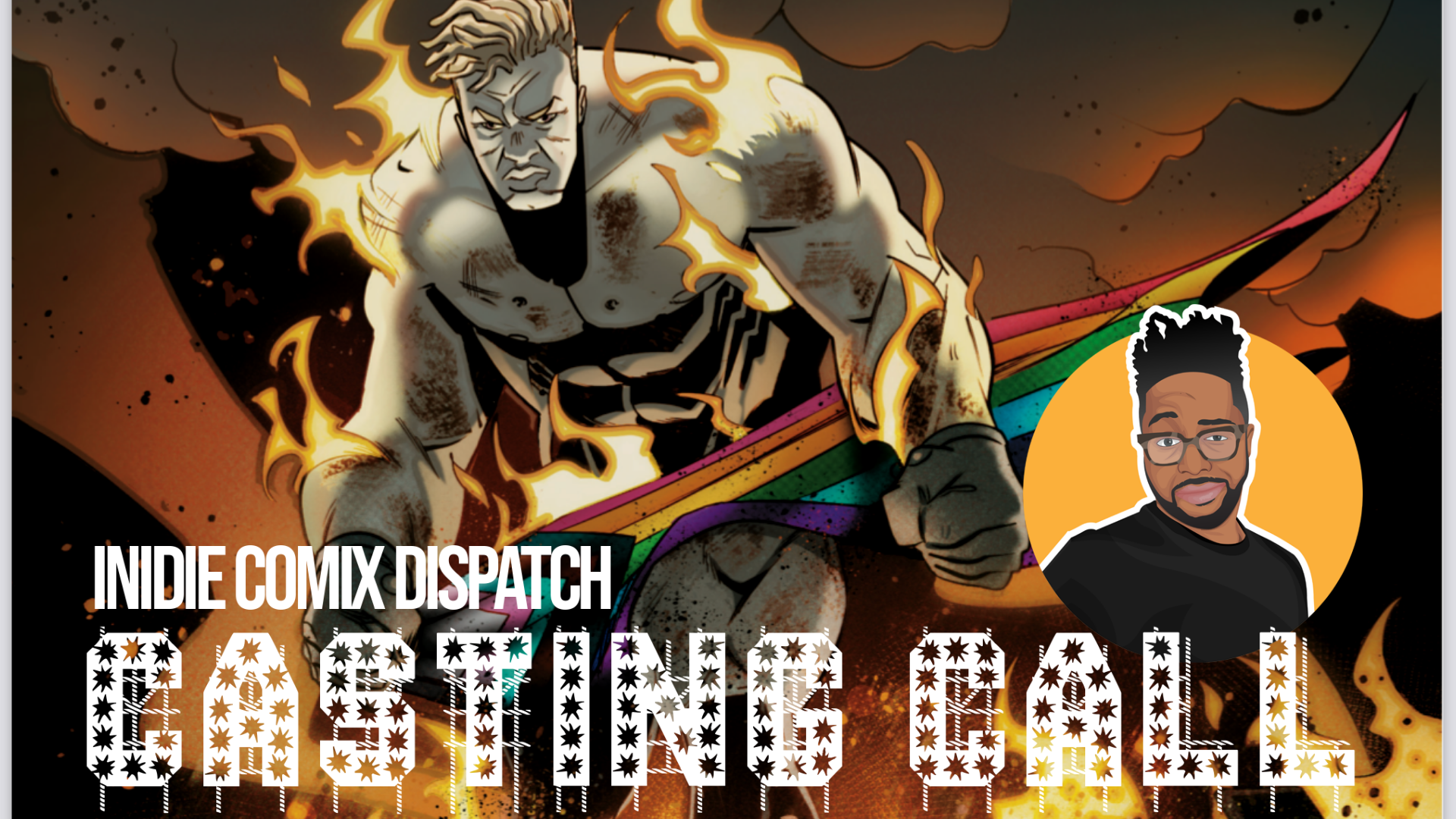 So, I must confess I found this one a bit challenging despite my unabashed love for the featured indie hero. At first glance, one would see that the actor chosen in this Casting Call is the perfect choice. Thing is, could my selection act the part even though he looks the part? This all goes hand in hand. Representation and authenticity are incredibly important, after all. Who could play the proudly gay hero Damian Strong a.k.a. Stronghold? Who could play this hulking colossus with alabaster flesh, blond locks with the sheer strength to trade blows with the Hulk? Who could add the gravitas to this new addition to 133Art’s stable of heroes?

Now before you start throwing perfectly good produce at me, hear me out! He and Stronghold both have albinism that is integral and intrinsic to how the character identifies as a gay black man AND as a Keramat, super-powered individuals of the “One Nation” universe. This does not detract from him. Quite the opposite. It is embraced. Could Sir Maejor be convincing with his acting chops? I would like to think so. Especially considering how he presented the façade of being an activist. That much they have in common. Only Stronghold is truly one. Right? No shade, intended. We just need Sir Maejor to act, and act well.

As much as I would like to keep the focus on this broad-shouldered “Bayou Badass”, I must shift my casting eye gaze to Tenth teammates. (Side note: I asked the series creator, Jason Reeves, for more clarity regarding Stronghold’s position in the team and he said think of Storm as the leader of the Gold Team! Say no more! ⚡)

Considering that the Tenth’s optic-blasting Kermat is a model soldier and “always ready for the smoke” (as the churren say today), I instantly thought about Miss Kiki in “The Old Guard”. She literally played a solider who finds out she is immortal. How could I not choose her as the “Laser Queen”?

As for the cowled hero who whips up energy force fields, I envision Black Mirror’s Ludi in this role. He even proved to be a shield many times in 2021’s Mortal Kombat movie. Brave. Courageous. Ludi will bring this Keramat to life with gusto.

Jessica is no stranger to playing superhero roles. Remember her stint as the “Invisible Woman” in 2005 and 2007’s Fantastic Four movies? And just think this time she does not have to slap on a blond wig or put in blue contacts to portray The Tenth’s adrenaline-converting energy blaster!

In closing, Stronghold, arguably the heart and soul of the Tenth, needs to be given the space to shine and to thrive. Personally, I was thrilled when his Kickstarter launched last year. You just do not get to see many LGBTQ heroes let alone ones as visually striking and impressive as Damian. We were shown slivers of his humble, heart-wrenching origin. The evolution of this shy bullied outsider to a current unapologetically gay powerhouse is such a sweet, rewarding experience. I can see why my choice of Sir Maejor can be confusing due to what BLM fraud charges he is allegedly accused of. Yes, it must seem conflicting. And yet, I just hope that, in the beginning, he was sincere in his fight against oppression. That fire and verve is the flame that kindles in the heart of Stronghold. I am just glad that Stronghold remains rooted in his path, resolute and determined. Ever forward and never straight. Who would you cast? Tell me. Tell Malachi…

Learn More About OneNation: Stronghold
Liked it? Take a second to support ICD on Patreon!