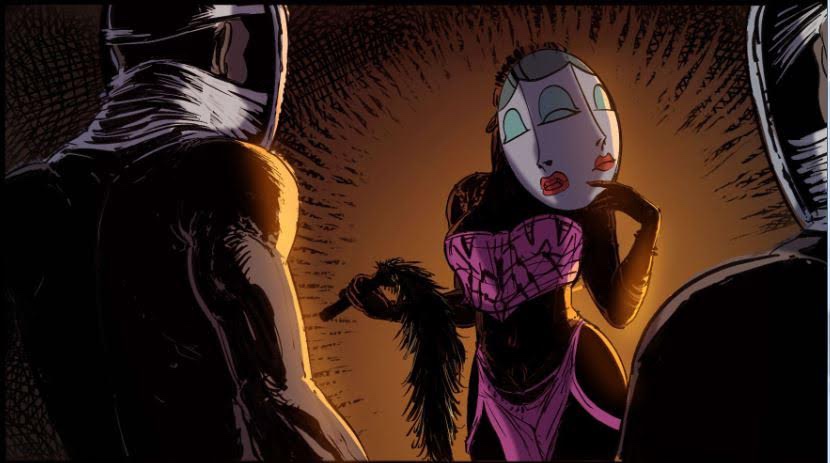 “O Kingdom Come” is set in an exciting era unexplored in pop culture, when ancient African Kingdoms were fighting for control of the Nile. The interest in the coming graphic novel is exploding.

It is impossible to honestly deny that literature and media’s exploration of historical fantasy has been extremely Eurocentric. From the Game of Thrones franchise all the way through the different iterations of Viking Odysseys and of course Tolkien’s Lord of the Ring and its various copycats. Fortunately that dynamic can change, Enter creator D.Ajayi and his emerging graphic novel series “O Kingdom Come”. Set in the time period where ancient African kingdoms battled for control of the Nile, and integrating the vibrant, and quite unexplored by pop culture, world of African mythology, “O Kingdom Come” has been met with open arms. Issue 0 of the series sold out at Africa Comic Con, and is currently the highest rated comic on Africa’s premier e-commerce site Jumia.

Building on this success, D.Ajayi recently launched a pre-order campaign for “O Kingdom Come” to bring the coveted series to the western market.

“There have been dozens of Viking shows and movies, scores of European medieval content, African mythology and fantasy are an untapped well of new stories, and if done authentically, it may even top the society norm,” commented the passionate man behind the series. “We are touching on other issues, while entertaining. One of our main characters has Albinism. When have you seen someone with Albinism that wasn’t portrayed as a villain? Of course, this story is very important, as the African identity and even vulnerability is on full display and doesn’t take a backseat to our eclectic cultures or our exotic customs the world has come to love.”

A trailer to the exciting breakthrough series can be seen here.

Available for a limited time to grab at: https://www.kickstarter.com/projects/okingdomcome/o-kingdom-come-a-dark-gritty-african-fantasy-epic