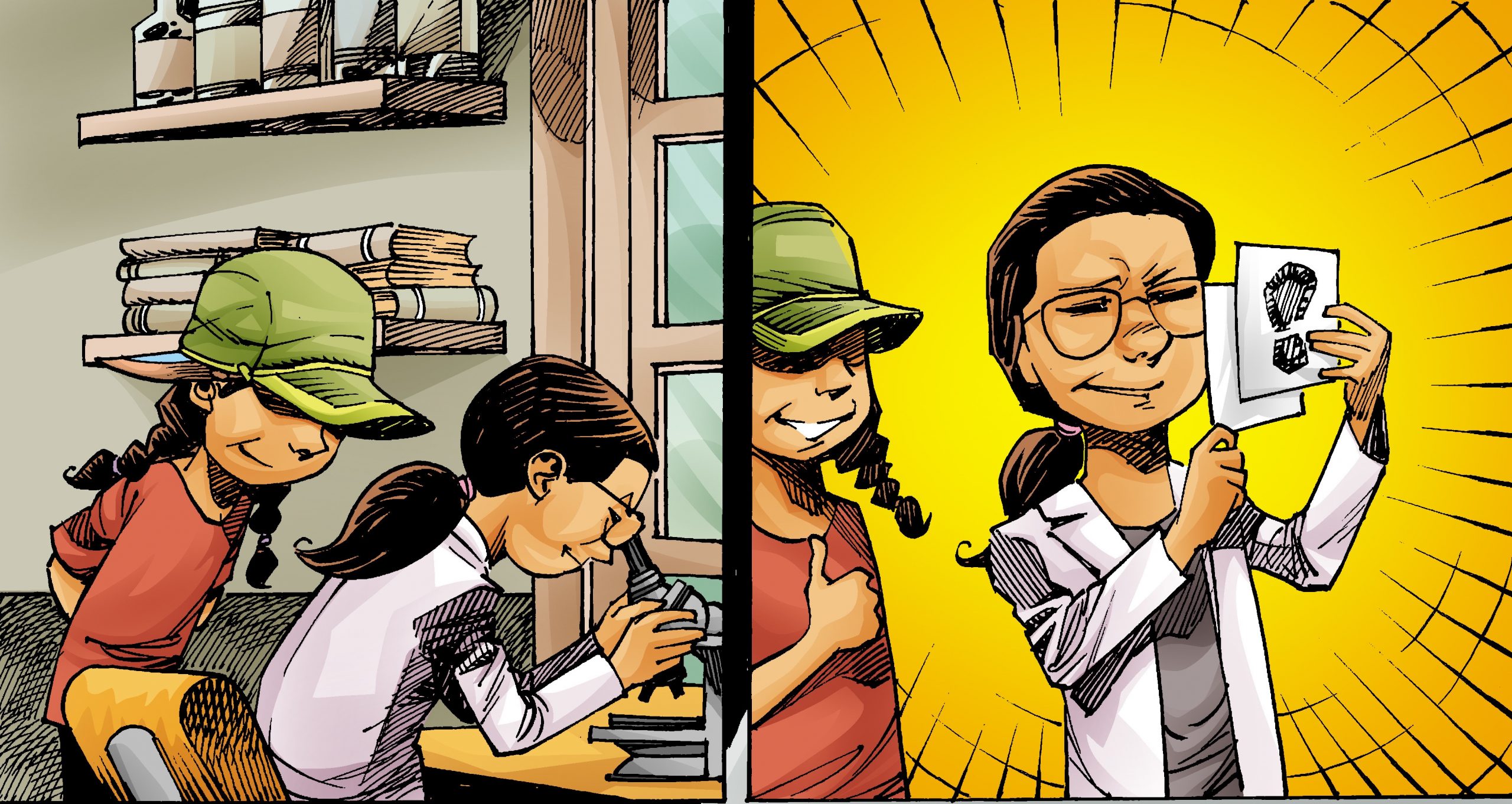 The Rez Detectives is a ground-breaking, middle-grade graphic novel from Steven Paul Judd, Tvli Jacob, and M.K. Perker, published by Literati Press Comics & Novels and available through Diamond Comic Distributors, GlobalComix, and Comixology on December 8, 2021. In the tradition of Harriet the Spy, Encyclopedia Brown, and yes, Scooby-Doo, comes the first case for the Rez Detectives: “Justice Served Cold.” Be sure to let your local comic shop know that the deadline to request The Rez Detectives for delivery on the release date is October 21, 2021 (PREVIEWS Item Code: OCT211566). Judd and IllumiNative, a native-led nonprofit that works to increase the visibility of Native peoples in American society, will supply free copies of Rez Detectives to all public and reservation libraries in Alaska and North and South Dakota.

It’s a hot summer on the Reservation. When the Ice Cream Man is a no-show, Tasembo joins forces with his neighbor, Nuseka, and his dog, Billy Jack, to take on their first case. With twists around every corner, this case won’t crack itself, but when you combine Nuseka’s brains, Billy Jack’s loyalty, and Tasembo’s . . . persistence, justice will be served. Cold, that is.

Steven Paul Judd has written on projects for Marvel, Disney, HBO, and George R.R. Martin’s production studio. He and his longtime collaborator, Tvli Jacob, have worked on short films and features including the award winning film Shouting Secrets. Judd is Kiowa and Choctaw, a visual artist and co-founder of the NTVS, a Native American streetwear company. Jacob is Choctaw, specializes in media content that addresses health in Native American Indian, Indigenous, and First Nations communities through community-based participatory methods, is a Clinical Assistant Professor of Psychiatry and Behavioral Sciences in Tulsa, and has a daughter, Nuseka. Eisner-nominee M.K. Perker shows the talent previously on display in work for Image, Vertigo, and The New Yorker. Cover Artist Cynthia Canada is a Kiowa-Comanche painter and illustrator from Oklahoma, and work has been featured in the Sovereign Santa Fe 2020 exhibition at La Fonda on the Plaza and Tribes 131 Gallery in Norman, OK.

Literati Press Comics & Novels is also the publisher of The Black-Jack Demon, Glamorella’s Daughter, and We Promised Utopia. A creators’ publishing company, it is located in Oklahoma City’s Paseo Arts District and offers mentorship, support, and representation for dynamic and unique new voices. Literati Press prides itself in advocating for promising projects that are captivating and commercially viable; advancing Oklahoma storytelling; and printing in the United States and offsetting the carbon footprint of its comics to help mitigate climate change. For further information visit www.literatipressok.com.

Back to the 80s and forward to the future in DOWNLOAD
INTERVIEW: Rodney Barnes talks on Nita Hawes’ Nightmare Blog
Sponsor