The Legend of Jamie Roberts Sets Sail on Kickstarter

Kelci Crawford, creator of The Legend of Jamie Roberts, has been making the LGBTQ fantasy adventure comic for two years. The story focuses on Jamie, a genderqueer pirate, and their two best friends, who find an unfinished map and go adventuring in lands unexplored in search of treasure. After two years of serialization online, the project is on KickStarter until March 27, looking to get the first 4 chapters collected in trade paperback form. The book will include remastered art and bonus material not on the webcomic’s site.

The Legend of Jamie Roberts is Kelci Crawford’s eighth webcomic project, but the first to have a long-running story line written and illustrated by the same hand. Each webcomic project has been successfully funded in KickStarter campaigns in the past, as well as through other crowdfunding sources, including Patreon in the past, and Ko-Fi currently.

C. Beranek, a writer who collaborates with Kelci on another webcomic project, Validation, had this to say:

“Not only is Kelci a wonderful collaborator who understands the nuances of story development, characterization and pacing, their enthusiastic and professional manner of producing creative material is infectious. Simply put: They make me want to be a better writer.”

The Legend of Jamie Roberts is on KickStarter now, with early bird rewards available until March 12. The campaign’s final day is March 27. Rewards for backers include custom autographed copies of the book, commissions, and copies of the book donated in the backer’s name to libraries across the United States. You can find more information about the webcomic and the creator at kelcidcrawford.com.

UNTETHERED: Burning Out and Treading Water 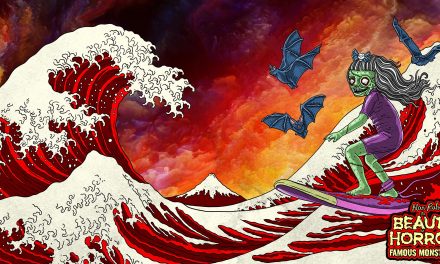 5 Indie Characters You Don’t Want To Encounter In The Dark!