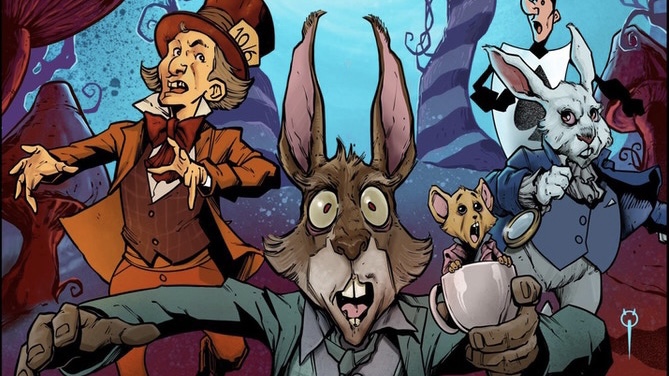 In 2020 Orange Cone Productions conquered Kickstarter with CTHULHU INVADES OZ. The anthology was a wonderful collection of some of the top creators in indie comics. Now Cthulhu is back (did he ever really leave) with a brand new sequel anthology based on the tales from Alice In Wonderland.

“Alice In Wonderland is a timeless fantasy story known the world over. Lovecraft, and more notably Cthulhu, have been in our nightmares for more than 100 years. Comic creators have been telling stories in these worlds since the creation of comic books. I have always loved these universes for years, and that’s what inspired me to create this anthology,” Travis Gibb of Orange Cone Productions had to say of the anthology.

The campaign is currently less than $700 from its $30,000 goal with 16 days still to go, beating Cthulhu Invades Oz’s Kickstarter total.

You can get a 24-page preview of the anthology, HERE.

You can also support the campaign below!

SUPPORT THE CAMPAIGN
Liked it? Take a second to support ICD on Patreon!