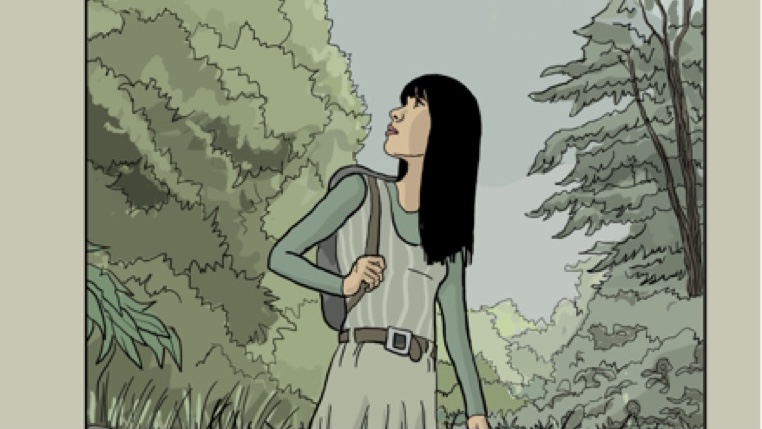 Amazon.Com is now offering a $4.99 Kindle edition of the graphic novel Tangled River. Tangled River is a 316 page color science fiction graphic novel; story and art by Michael Cohen writing under the pseudonym snowshadow. It tells the story of Tanya, a young teenager growing up on an island outpost on a distant planet called Mehra.Tanya is the offspring of space pioneers who traveled from Earth decades ago to found Earth’s first interstellar colony. The settlers attempted to create a new society, only to have all their technology mysteriously fail shortly after their arrival. Over the course of the book, Tanya learns the story behind the event that forced the settlers to live a primitive lifestyle.

Michael Cohen’s other comic book work includes the Strange Attractors series and the ongoing A Gathering of Spells webcomic.

Cohen is an American cartoonist living in Italy, who self-published various comics in the ‘90’s. Tangled River is his latest graphic novel project. He’s currently working on A Gathering of Spells.