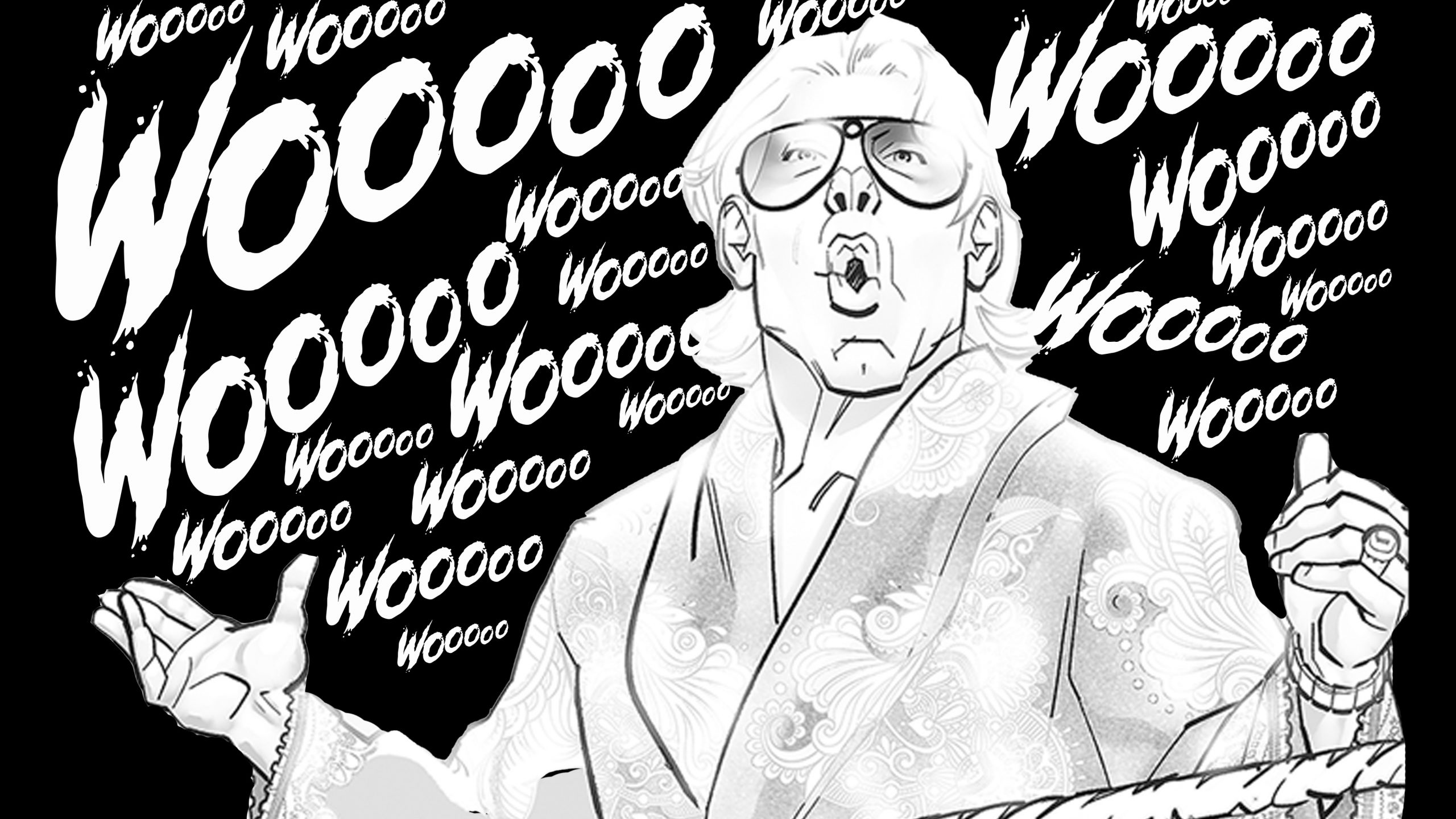 Superstar Wrestling Legend, The Nature Boy Ric Flair’s comic series, CODENAME RIC FLAIR ashcan preview is now available!
This comic series is being developed by The Nature Boy Ric Flair, Kelly Brewster and James Haick. It is written by James Haick (THE MALL, SOLAR FLARE, THIRD WAVE) along with amazing art by the talented Rafael Loureiro (THE MALL, UNIKORN). The first full issue is nearly complete and the Kickstarter campaign for it (along with some other amazing comic collectibles) is scheduled to launch in early August.

RIC FLAIR, the Rolex wearing, diamond ring wearing, kiss stealing, wheelin’ dealin’, limousine ridin’ jet flyin’ son of a gun who is regarded by many as the greatest professional wrestler of all time, finally has his own comic series. This brand-new original comic details his fact-or-fiction forays as an international superspy in the 1980s and 1990s. The series purports that Flair, who did in fact travel around the world wrestling matches, was also a secret agent for the US government, using his persona as the ultimate wrestling heel as the perfect cover.

A limited-edition release of the first issue will drop in late July in conjunction with Ric Flair’s LAST MATCH at this year’s STARRCAST wrestling event in Nashville Tennessee.

There are several special limited edition 14 page preview ashcans that are now available at the recently launched website, www.ricflaircomic.com. Grab yours now before they are gone for good!

Here are the print run breakdowns:

***1 of 1 SIGNED Printer Plate collectables are also available while supplies last. Own a piece of comic book and wrestling history!***

Story Synopsis
Richard Fliehr, a mild-mannered professional wrestler, almost dies in a small twin engine plane on the way to a regional wrestling match. The doctors not only save his life – they rebuild him better than before. Treatment makes him stronger than ever and Fliehr is reborn as Ric Flair aka The Nature Boy®, who must now use his wrestling persona as cover while he works to save the world as a secret agent.