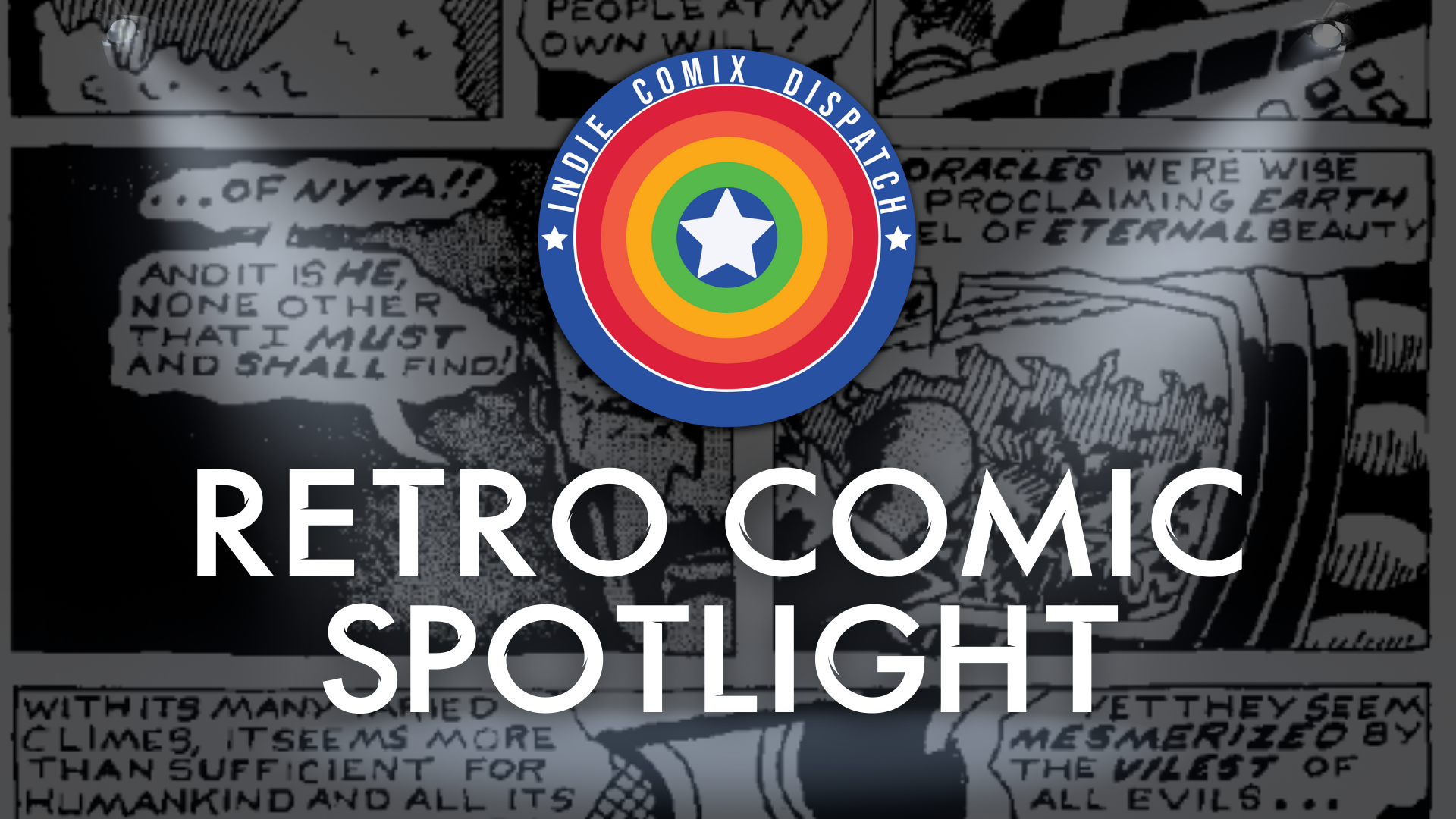 At Indie Comix Dispatch we celebrate diversity. You can see that in our team. Gender, race, and sexual orientation are irrelevant to us. What matters most to us is being a good person that fits in with the rest of the team. Being able to embrace diversity is key in the world of indie comics.

By their very nature indie comics are diverse. You name the genre there’s an indie book that fills the role. Want the hand of God to come to Earth and right wrongs? There’s a book about it. Want a robbery that takes place in a Godzilla movie? Indie comics have you covered.

That is what makes indie comics so great. There’s something for everyone. You could ask all 16 members of the Indie Comix Dispatch team what the most important book in history is and probably get at least 11 different answers. Each of those answers would be valid because any title mentioned was instrumental in getting us to the point we’re at today.

The Indie Comix Dispatch is going to be showcasing various titles and publishers that span through the years, if not generations. We hope you will join us for this remarkable journey.

For the first stop on this journey we will be taking a trip to Spokane, Washington, circa 1984. For those of you that are unfamiliar with the area Spokane is on the eastern side of Washington state, approximately 20 minutes west of the Idaho border. The Canadian border is about a two and a half hour drive to the north.

Spokane is a geological oddity in some ways. The Cascade mountains create a rain shadow that stretches across most of the state.The city is 15 minutes east from the edge of what can be described as something in between a prairie and a desert, depending on the amount of rainfall. Eight months out of the year Rattlesnakes are a real threat once you leave city limits.

An hour to the east lie the Rocky Mountains. This mountain range is responsible for a great deal of the precipitation that the inland northwest gets. The Rocky Mountains cause enough moisture to fall in the area that to the north and the east there is nothing but forest and some scattered lakes as far as the eye can see. To the south wheat fields stretch across the land, providing a quarter of the world’s wheat supply.

In the 1980’s the population of this hamlet was approximately 275,000 people. Over the years people have discovered the relatively low cost of housing and how the city is a 30 minute drive away from just about anything that isn’t a bigger city. As a result much of the empty land in the area has been developed as the population in the region has more than doubled.

The late 70’s and early 80’s were a different time. Cable and satellite television were just coming on to the scene. The internet was still a decade away from being viable. Without a lot of the attractions that come with larger cities people had to find ways to pass the time.

Spokane had some individuals that truly stood out in their fields as a result of being landlocked in Spokane. Mark Rypien, Ryne Sandberg, and John Stockton each honed their crafts attending high schools in Spokane.

While those achievements are impressive, there is another whose work changed the world as we know it for geeks. Born in Calgary, Alberta this young man grew up with a passion for baseball and comics. While he was an exceptional fielder and had blinding speed he needed to work on his hitting.

He originally had hoped to play ball for Gonzaga University. The high cost of tuition derailed that hope. Instead our hero found himself attending Spokane Falls Community College for a year before transferring to Eastern Washington University. Here our aspiring star played baseball, attended classes, worked on campus, worked for a local comic book store, and did some comic book artwork for fun.

His goals were still to play professional ball and be a comic creator. He’d already seen Sandberg excelling in the big leagues. He wanted to be on the path to greatness. An ankle injury dashed his hopes of ever playing professional baseball so he focused on his comic career.

At this time getting into the game wasn’t easy. Almost all comic book content went through the likes of DC, Marvel, and Gold Key/Dell. Over the course of a year and a half our determined artist sent out 700 sample pieces of artwork to editors across the land. More than half never got a response. His big break came in 1984 when he got to do a backup story in in Epic Comics’ “Coyote”.

From there Todd McFarlane went on to work for both Marvel and DC. Everywhere he went he left a trail of iconic comic book covers that we still see homages to more than 30 years later. McFarlane’s work on “The Amazing Spider-Man” redefined how we see the web slinging hero to this day.

As well as his artwork was doing, McFarlane wanted more. He wanted to be writing the stories he drew. In a hope to appease him Marvel gave him the reins for the new “Spider-Man” title in 1990. That began what was to be his last year with Marvel. The editorial staff found this version of Spider-Man to be too dark and graphic for the demographic. McFarlane argued that similar content could be found in other Marvel titles. His protests fell on deaf ears. Todd McFarlane would ultimately end up leaving Marvel.

In 1992 Image Comics was founded by Todd McFarlane, Jim Lee, Rob Liefeld, Erik Larsen, Marc Silvestri, and Whilce Portacio. The premise behind Image Comics was that it would be an umbrella for creator owned titles to be published. This way creators could keep control of their stories and characters rather than handing the rights over to the publisher.

Liefeld’s “Youngblood” was the first to be published. Image would follow up with McFarlane’s “Spawn” as the second title to be published. The first issue of Spawn sold 1.7 million copies. To this day it is the record for the highest volume sold of an independent compact book issue. 316 issues later “Spawn” is still going strong as the longest running creator owned title ever.

His success with the “Spawn” comic was followed by a movie. Before you could blink Todd McFarlane had created a toy line that was revolutionary. The 3 and ¾ inch injection mold action figures could not compete with the articulation that the detailed figures McFarlane Toys was putting out.

“Spawn” #1 is the most important issue to ever appear on the radar because of what it represents. It is the embodiment of the American dream. Todd McFarlane believed in himself and his work. He was willing to put in the time and pay his dues. As a result he’s king of an empire.

Todd McFarlane’s rise to the pinnacle of independent comics is the blueprint of what I hope to see for every creator that submits a book to the Indie Comix Dispatch for review. I see this potential in some of the creators I have interacted with. They are hustling every day. When their work is reviewed they reach out to see what they can do to improve their craft. These are the people that have the drive to continue improving. They are going to change the game.

From what I have observed it’s a five step process:

Do these things and make the most of your opportunities 30 years from now someone may be writing about your rise to the pinnacle of the industry.