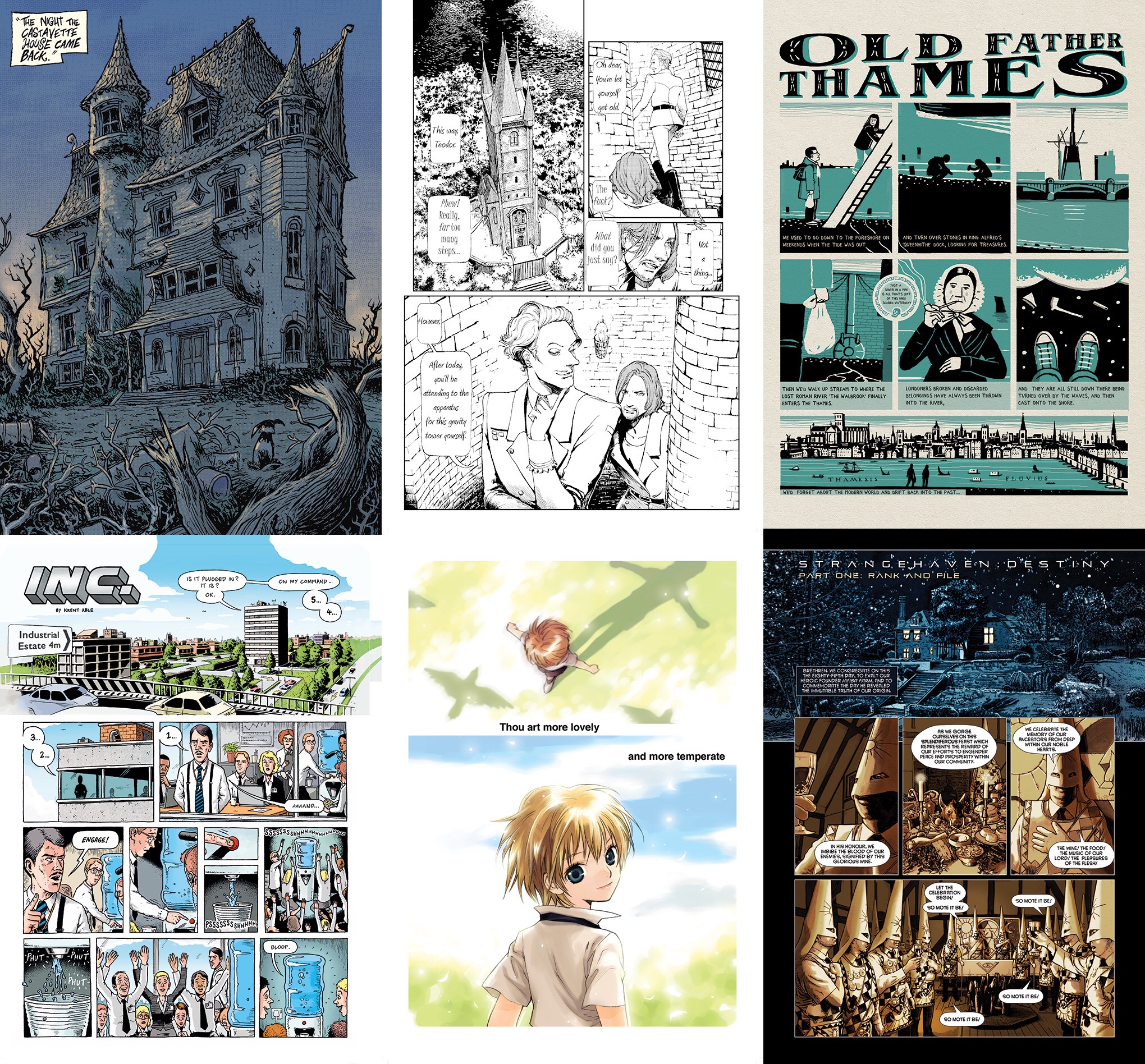 Originally launched in 1998 as a black and white anthology, Meanwhile… was relaunched in 2015 with the aim of showcasing the diversity possible in comics storytelling.

The first four issues of Meanwhile… were 52 pages long, and featured the relaunch of Strangehaven by Gary Spencer Millidge, and a brand-new series, The Bad Bad Place by David Hine and Mark Stafford, which has since been released as a graphic novel.

Every issue of Meanwhile… has been a mixture of ongoing episodes (Strangehaven, The Bad Bad Place ) and self-contained stories, and featured creators from across the globe; Issues 1 to 4 included work by Yuko Rabbit, Chris Geary, Sally Jane Thompson, Krent Able, Jenny Robins, ILYA, Rainbow Buddy, Thierry Labrosse and Darryl Cunningham.

“Putting these terrific stories in a single book edition means they will be available to an audience who might not otherwise see them. And they deserve to be read.”

“Books by design have a longer shelf life. We hope that by having this collected edition available, readers will return to pick up subsequent editions of Meanwhile…”

The Collected Meanwhile… (as it is tentatively entitled) will have a new cover by Sally Jane Thompson. The Indiegogo campaign will offer original bookplates by Gary Spencer Millidge and Krent Able among the Perks.

“With its enticing smorgasbord of styles and approaches to the comics form, Meanwhile… is a veritable feast of diverse creative visions. Soaring Penguin have embraced one of the great traditions of the medium – the anthology comic – and given it a relevant, contemporary, and invigorating voice.”

“Meanwhile… is going to be hard to find… but you are going to have to make this your mission. It will be worth it.”