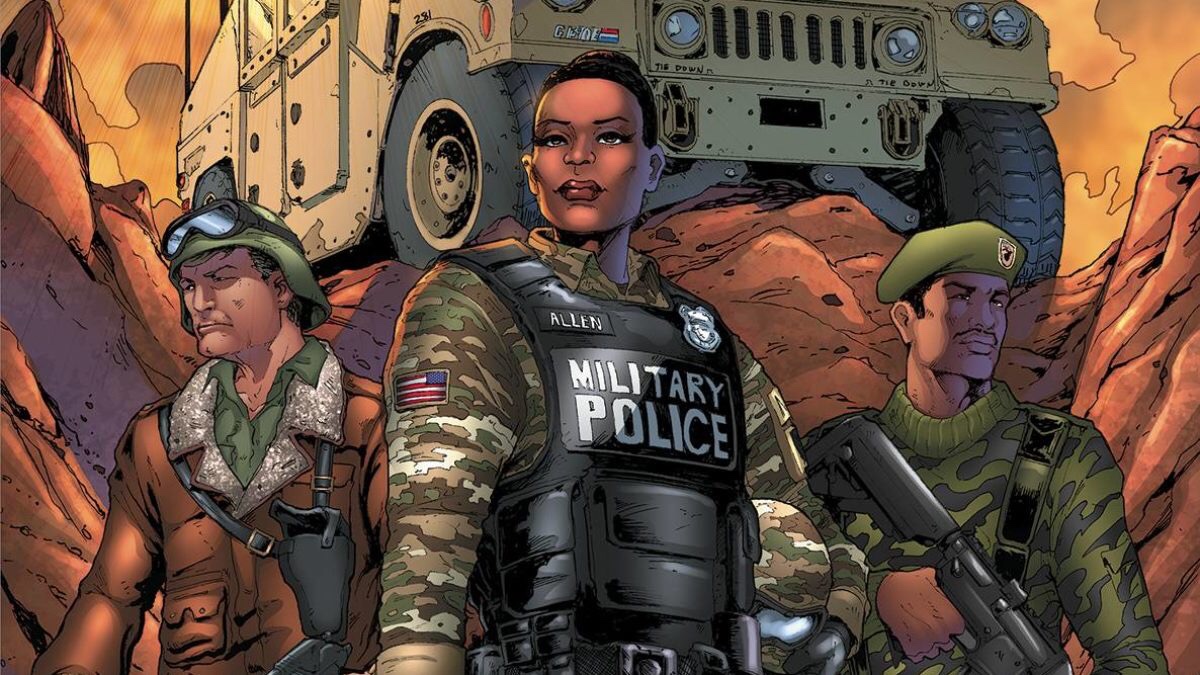 As a child of the 80’s G.I. Joe reigned supreme in my entertainment universes for years. I watched the cartoon series. I read the comic books. At one point I must have had well over 100 figures and vehicles that were played with on a daily basis. Going into my teens I still loved them. The last issue I bought of the spinner rack at the local gas station was #103. That was right before going into middle school.

After that the books were put away in a box and the majority of the figures were passed on to my stepbrother in an attempt to look “cool”.  When #155 (the last issue in the original run) came out in 1994 comics were the furthest thing from my mind. At that time I was so hellbent on being able to afford my own car that the end of an important era in my childhood didn’t make a blip on my radar.

On Free Comic Book Day in 2010 IDW Publishing brought “G.I. Joe: A Real American Hero” back from the dead with issue #155 ½. When they did this they picked up the storyline close to where it left off after a 16 year hiatus. As coincidence may have it, that was when I got back into comics. Since then a new issue has been released like clockwork every month. After more than a decade this isn’t exactly news that turns heads.

On Wednesday, May 12 IDW Publishing put out “G.I. Joe: A Real American Hero” issue #281. This is news because in this issue we get a new member added to the Joe team. Her code name is: Sherlock. She’s an MP with a good head on her shoulders and incredible investigative skills.

Fans of all things G.I. Joe should be celebrating this first appearance for several reasons:

My advice to anyone trying to make money selling comics is buy what you like. That way if the value doesn’t go up like hoped you will still have a great story. With “G.I. Joe: A Real American Hero” issue #281 you’re getting a great story.