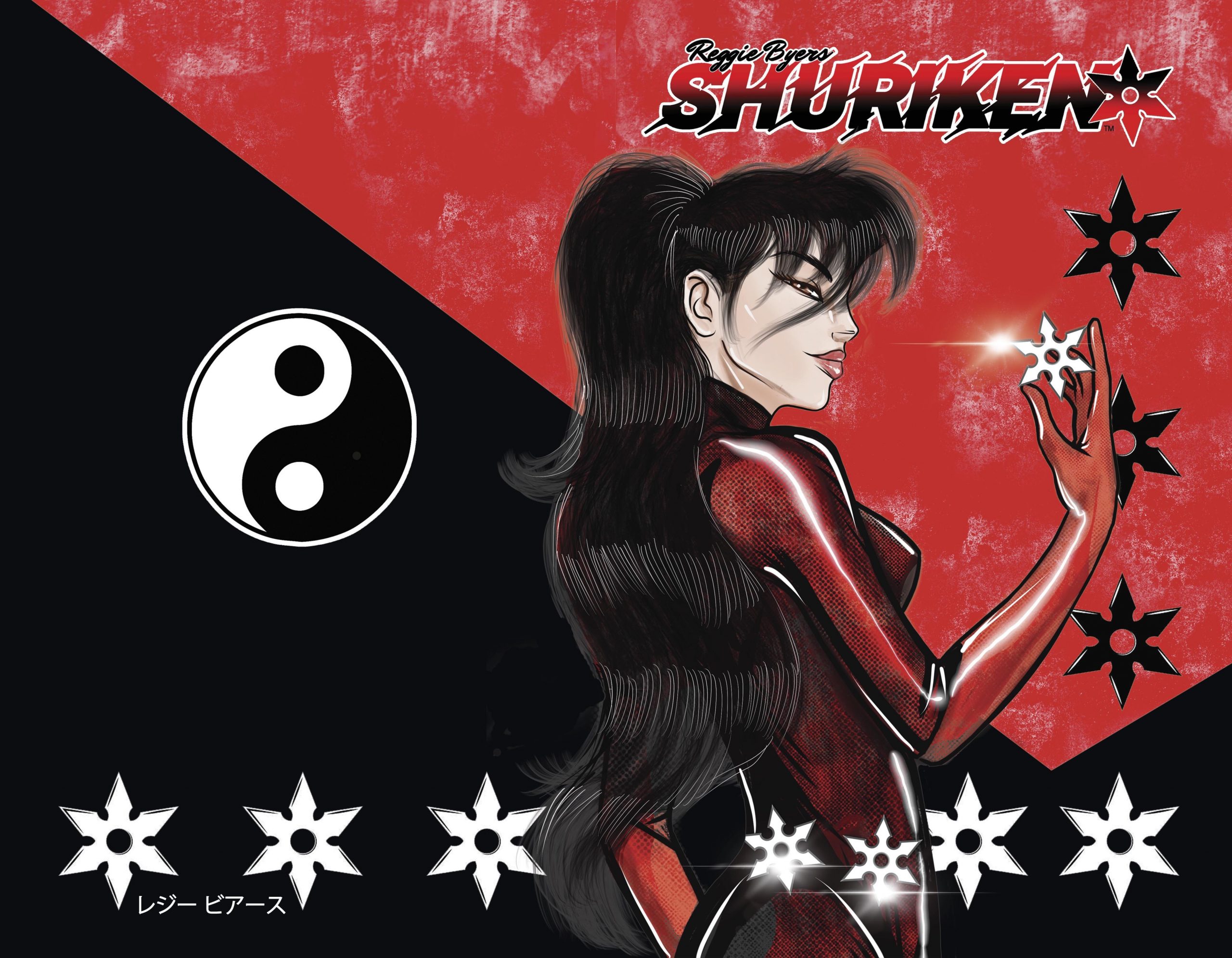 SHURIKEN was created by Reggie Byers in 1985 in an attempt to create an American manga scene in the US. Though the title was initially action-oriented, the title slowly became character driven (“shojo” style manga). To please the “shonen” (action-oriented crowd), Byers created a second Shuriken series, Blade of Shuriken (published by Eternity comics).

The original series featured the story of Kyoko Shidara, a member of a group of assassins, but she functioned in the capacity of a bodyguard. The first four issues of the nine issue run focused on a conflict between her and a long lost twin brother who worked for the Yakuza.

The first issue sold over 20,000 copies, a major feat for a small run black and white comic book at the time.

The final issue of a third SHURIKEN series concluded in November of 1991.

Reggie Byers is launching a Kickstarter campaign on July 21st to fund publishing the first issue of a new series that he is releasing in November.

The newly created series, “Reggie Byers‘ SHURIKEN” will be a reboot of the original four issues’ storyline from 1985-86. It will be written and illustrated by Byers and colored in black, white & red.

The author/artist, Reggie Byers has created comic books professionally since 1985. His works include Shuriken, Robotech (Macross, Mospeda), Kidz of the King, Crescent and Jam Quacky.